Next up in the Talking With Damo series is the coach of Bruscella Consulti! Currently ranked 8th overall, and has finished in the top 100 twice before this season as well!

What was your strategy when picking your starting team?
When picking my team this year I went with only a couple of the highest priced players and went with players I thought would be inside the top 6 to 8 but were value and then picked up some decent mid price players and had most of the good rookies.

Lots of high priced, or elevated priced rookies, due to the previous 2 seasons where most lists were exhausted. It was really about finding some value to begin the season. Who did you turn to as a value selection?
My best value selections to start were Witts and Preuss in the ruck, English, Sicily, Mills and I also brought in Hewett and Caldwell, Brodie and Xerri in round 2 or 3. I also selected Darcy Cameron when he went big twice after Grundy went down. I always look at trying to make cash so definitely looked at value but also didn’t have many rookies in defence so filled defence very quickly with premos.

When you were planning your trades how did you prioritise which positions to upgrade first? Did you pounce on value selections as they became available or did you focus on getting the must-haves?
I always look to get the must haves when they drop in price.

What’s your general rule for an injured player? How do you decide its time to let them go?
I try to hold short term injuries and focus on continuing to upgrade, that way when they return I am one premo ahead of the pack. This was easier to do this year given the trade boosts which I used as I needed to continue to upgrade.

This year we had was the addition of DPPs throughout the season, do you have players in your team you may not have considered if they had kept their original position?
DPPs I picked up were Parker and Bont which I wouldn’t have had if they weren’t DPP and many of my players gained DPP which helped for cover and trading.

What was your plan for the bye rounds? Did you build your team to have an even number across the 3 rounds or did you do some sideways maneuvering to get the best score possible?
I always consider byes from very early on in the season by trying to grab premiums who have the last bye so that I can upgrade after the first 2 byes to cover that last bye. I think I moved up to 2nd by the end of the bye rounds so it was a really important part of my scoring.

Any disaster trades you’ve had to fix up?
Disasters! I started Dangerfield!! I traded in Parish instead of Merrett during the bye rounds just to get his injury and terrible scores… also picked up Lloyd very early on and he just hasn’t hit the heights I was hoping for.

Best trade?
Best trade was probably bringing in Darcy Cameron when I did as he was amazing made a lot of cash and was great cover in the ruck.

Most got caught up with the ruck disaster, how did you manage that one?
I have been fortunate to have Cameron and Witts to get through the ruck carnage. Also have had Gawn and English in when they weren’t injured!

This season is still going, but what’s your one takeaway for next season?
The one takeout this year is that you need to find the value midpriced options early that can get you the points and still go up in value allowing the trading to happen early enough. If the trade boosts stay (which I have enjoyed) I would again use them early on to ensure I have the best team that will go up in value.

More interviews with highly ranked coaches are coming! How did you manage the ruck disaster? What disaster trades did you have to fix up? Let us know in the comments below. 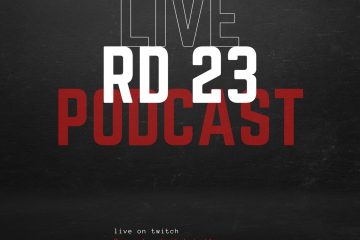 We’re not late. You were early. NEWZ YOU CAN UZE Braydon Preuss has been forced out of the GWS side with injury and will not face the Bulldogs, while the Dogs have brought in Stefan Read more…