We’re back for another year of supercoach and this year I have a new and exciting tool to take my game (and hopefully yours) to another level; the Super(coach) Computer!

We run complex numbers, algorithms and formulas, and sift through pages of data. The Supercoach Computer just never lies…does it?…I’m pretty sure it doesn’t lie.

Sit back, relax, and let me take through a beautiful journey of my (first) team reveal…and some stats that the Supercoach Computer begs you to take note of!

Let’s kick things off with the defenders. Goodness me, I don’t think I’ve had more trouble with any line this year than the defenders.

Jack Crisp is my Christian Bale this year…hardly turns in a bad performance, ultra-consistent and adapts to different roles superbly. Has not missed a game for decades (well, maybe not that long), is 28 years old, and will play a midfield-friendly role this year. After being shifted into the midfield last year from rnd 6, he averaged 108.4pts. Enough said.

Luke Ryan. Talk about a guy who deserves a greater ownership than 6.4%. I think in this case, due to the acquisition of Clarke and the improvement in Young, Chapman and co, people might be steering clear of Ryan. But…last year he looked a little beaten up, and has been asked to play well above his height/weight for so long. Could this be the year that he gains a new lease on life? Freo need the ball in his hands, he provides the calming presence down back, and across the last few seasons he’s averaged close (if not over) 100pts for the year. In fact, The Super Computer projects that if he stays healthy, he will be around the 102-106 points this year (with a ± 5pts). Good enough for me.

Jayden Short should improve his output this year, and at $535,200 he provides some value. The Super Computer suggests that Short’s scoring is heavily based on UP’s, metre’s gained and disposal efficiency. Put simply, Short isn’t going to boost his SC point numbers via intercepts or hardball gets. However, his possession counts and disposal efficiency is on the improve, and last year post-bye he averaged 26 disposals @ 82% efficiency, 556metres gained and 101 SC pts. Welcome aboard, Shorty.

Lleyton (I mean George) Hewett plays midfield this year and I think he thrives with Walsh, Cripps and Cerra next to him. He’ll play the 3rd or 4th mid, knows how to find the footy, tackles hard and loves the contest. At slightly under $400k, and likely to produce a 85-95pt average, I’ll take it!

It’s a raffle for rookies, but I’m mixing it up between Hinge, McCartin, Gibcus and De Koning for my last two on field spots.

Ok. Jack Macrae. Just do yourself a favour, and for the love of all things, pick the man! The Super Coach computer laughed at me (and I never thought it could do that) when I plugged in his numbers. The algorithms spat out a dialogue for the first time in history:

…to which I replied “yes, I do Super Computer”

…to which the Super Computer spat out “well f$%@ing pick him”.

I ran some numbers comparing Steele, Oliver and Miller. Interestingly, while the Super Computer could predict that SC points scoring for both Oliver and Steele was heavily (heavily!) dependent on CPs and tackles, Miller on the other hand had NO predictor variables. For a man who averaged a whopping 124.5pts last year, I’m thinking ‘how the heck is there no significant variables to predict his scoring?’…then it dawned on me that maybe…just maybe…there are a number of ways that Touk Miller scores his SC points, with no key area that he relies on! This revelation (light bulb-esk) moment was the equivalent of Rutherford splitting the atom. Maybe not quite be the same. Anyway…Touk (touk chugga chugga) Miller is in! 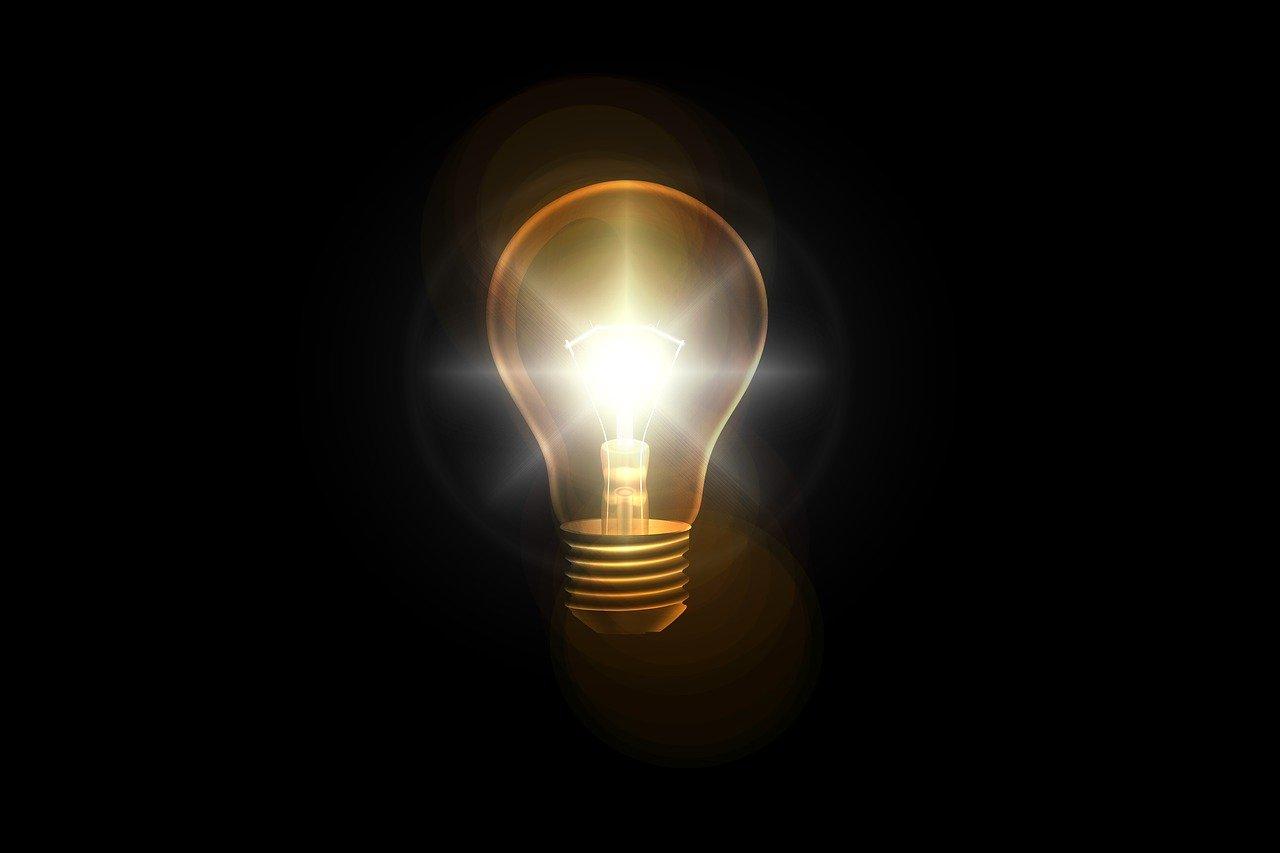 Oliver and Neale pick themselves. I don’t think there’s really any explanation needed there, is there? In Neale I see a likely 600k player priced at well under that to start the season. In Oliver, while I don’t expect him to push past his lofty heights, his scoring should remain consistently high, he’s only 24 years old (which I can’t believe!), and he’s got Maxy and Jackson dominating in the ruck. Done!

I have it on good authority (*cough Damo cough*) that Will Brodie fills the Cerra void at the Dockers and plays midfield/half fwd this year (even after Fyfe returns). If Brodie is part of the grand plans, then I like what I’m hearing. Mundy possibly plays more fwd, and so for now Brodie is in! Also offers the mid/fwd swing in case things get messy elsewhere.

JHF, Daicos and Ward and safe(er) picks in the mid-rookie range, and I’ve got Dylan Stephens and Connor MacDonald as cover too on the pine.

Oh lawdy, here we go! I’m normally a wine and cheese man myself…having that sort of combo hit my pallet is bliss. In a similar vein, Gawn and Grundy are my wine and cheese. Classic pairing! However…I’ve given in to temptation this year and rolled the dice on Tim English. Big(gest) reason is structure. English is a lot cheaper, provides the RUC/FWD swing option, and is every chance to score well this year. His AAMI series stats line excites me, and Super Computer has informed me that English is likely to average in the range of 90 – 95 this year. I’ll take that as a forward (when I make the swing) with anything above that as a bonus, and will look to upgrade to a fallen ruck down the track.

Brodie Grundy…what can I say…the man is back! Pick with confidence. Jack Hayes on the bench. Not sure he plays, so at this stage I’m happy to swap out for another playing ruck rookie (shout out if anyone knows one!)

The easiest line to pick in my humble opinion was the forward line. Josh Dunkley is back playing midfield, and will likely be joined at various times by his good mate in Adam Treloar. Man, it sucked seeing Ads trek West!…anyway…I digress. Dunks and Ads will form a formidable combination in the middle for the doggies this year, and I love Treloar’s starting price.

Speaking of starting price, welcome to my side Zak “I can’t believe it’s not” Butters. The Super Computer likes Butters…a lot! Tipped to average 100.2 (± 8.2) SC pts this year, compared to last year’s 81.5pts. Why the SC point jump you ask?…drumroll…more midfield time! Butters’ scoring is heavily reliant on UPs and CBA’s – according to the Super Computer – and so if his UPs rose by 1 (on average) this year, there was a 92% chance that his SC scores would go up by 6.54pts (on average)! You would expect this to happen with a more midfield friendly role.

Stephen Coniglio is in…because everyone has him. Since we have to spend the extra $$ on expensive rookies, Coniglio’s price (and ability) is just too good to ignore.

To round out, Rachele and Durdin are rnd 1 ready players, and are likely to score reasonably well. Nick Martin and Hugh Dixon to round out the bench options.

Let me know what you think community.

Love it mate!
Stoked to see a few sides going against gawny. Its Witts v English for mine. I trust Witts’ scoring output more but English has that swingset. Can anyone sway me either way because im ridiculously torn!!

If English is named the solo ruck it’s all aboard!! Til then I have gawn and Grundy just for less headaches. But my plan would be too swing English forward eventually and grab the fallen ruck. English should be good for 95+ at a minimum with or without Stef and as a forward you’d take that.

The Ranger
Guest
Reply to  Maverick

I’m pretty much certain to start English at R2, can’t find another way to afford all these bloody expensive rookies. Gawn or Grundy at R1 is another thread…

Nice team Prof!….good to see someone finally taught a Supercomputer to swear 😉

i’ve not played Draft before, i’ll give it a go.

Hey mate! The Blacksheep is in! Cheers!

Love the defenders & forwards, and think the English selection is worth the punt.

Nice team.
Not sure how much action Dixon will see, now that Darling is back.

I am sorry. Just confused on the Hewett love suddenly. Not sure what Kool aid everyone has been drinking. Solid player for a 70-80 average but really unlikely to go further. Just because he goes from red and white to blue does not suddenly provide super hero status. Good luck though to all that have picked him.