Will Phillips ($225,300 – MID)
Taken with Pick 3, this ball winning mid has all the traits us SuperCoaches love in a selection. He tackles, accumulates and loves the contested ball. Averaged 103 in the 2019 NAB League, and 79 in the 2019 National Championship competition.

Lachie Jones ($166,800 – DEF)
Ken Hinkley said he almost wanted to select him last season due to what he was doing in the SANFL. Mature body and ready to go, should slot into the Port 22 pretty quickly if not from round 1. Averaged 65 in the 2020 SANFL comp, and 119 the year before.

Joel Western ($117,300 – MID/FWD)
Fremantle need an attacking small forward, and Western should give them just that. The Dockers forward line will keep evolving until they find a mix that gets them a winning score on a regular basis. Western returned from a hamstring injury earlier in the year while playing for Claremont colts and scored 3 goals and accumulated 10 disposals just in the first quarter alone, so he definitely knows where the goals are. Averaged 107 in the WAFL Colts this season.

Finlay Macrae ($153,300 – MID)
Collingwood did a mini list cleanout at the end of the season, so Macrae along with McInnes should get plenty of opportunities. Like his brother, Finlay can impact the contest both on the inside and outside and should get ample opportunities in 2021. Averaged 83 in the 2019 NAB League.

Reef McInnes ($135,300 – MID)
Can play through the middle, and is even tall enough to impact forward of centre as a marking target. Should get plenty of opportunities in that Pies team. Averaged 84 in the 2019 NAB League.

Elijah Hollands ($202,800 – MID)
With the acquisition of Rowell and Anderson last year, will Hollands get a go? Suns would be silly not to find a spot for him. Coming off an ACL injury means he could spend the early part of the year working on match fitness but when he plays he will make an immediate impact. High impact player who regularly hits the scoreboard. Averaged 92 in the 2019 NAB League and 78 in the 2019 National Championships.

Luke Pedlar ($189,300 – MID)
This is effectively the Crows replacing Brad Crouch. A midfield bull who thrives in contested situations. Draft Central lists his strengths as Contested Game, Tackling and Scoreboard Impact, all big ticks in the land of SuperCoach. Averaged 128 in the 2020 SANFL Competition.

Nathan O’Driscoll ($117,300 – MID/DEF)
Dockers need a big body to allow Fyfe to spend long stints forward, and O’Driscoll should allow for just that. Dockers already have a young midfield brigade so expect O’Driscoll to add to that at some point throughout 2021. Averaged 83 in the 2020 WAFL Competition.

Sam Berry ($117,300 – MID)
Berry and Pedlar are probably competing for the same position. Sam regularly wins his own ball and has the power to find space in congestion and endurance to run all day. Averaged 104 in the 2019 NAB League.

Errol Gulden ($117,300 – FWD)
Not often we talk about small forwards having SuperCoach relevance but Errol just seems to find space when there isn’t any. His highlight package will show you he’s not afraid of a contest, and will always attempt to shoot the ball forward with his powerful kicking. Averaged 135 in the 2019 NAB League, and 88 in the 2019 NEAFL Competition.

Jacob Wehr ($117,300 – DEF)
Wouldn’t surprise me if the Giants see this guy as Zac Williams’ readymade replacement. At 22 years of age, he should come in and have an immediate impact after playing against mature bodies in the SANFL competition. Can kick the ball with precision, and acted as a key playmaker across half-back for Woodville-West Torrens. Averaged 75 in the 2020 SANFL Competition.

Tom Powell ($180,300 – MID)
North’s midfield is going to be a powerful unit in a few years. Thrives at the stoppages and wins his own ball with ease, and with elite vision and decision making, it’s hard to see him not becoming a staple in that North side from the get go. Averaged 157 in the 2020 SANFL competition, and 103 the year before.

Tanner Bruhn ($184,800 – MID)
With Jye Caldwell and Jackson Hately leaving, the Giants will want to give this kid a reason to stay so I’m expecting him to play early and become a part of Leon’s desired 22. Despite having issues with durability, Bruhn is a top talent for a reason, loves the contest, and loves to tackle. Averaged 115 in the 2019 NAB League.

Archie Perkins ($198,300 – MID/FWD)
Has been compared to Christian Petracca and Toby Greene for his ability to impact through the middle and provide a presence up forward. Doesn’t get a lot of the ball, but what he does with those possessions is what should worry the opposition. Averaged 82 in the 2019 NAB League and every chance get lots of opportunities early.

Excellent detail. Bailey Laurie will be a very good chance to play round 1 for the dees which they’re crying out for another small forward. Jake Bowey will be a chance and will be very good for SuperCoach if the dees decide to use him on a wing.

Bailey Laurie averaged 90 in the 2019 NAB League. Strong bodied small forward who can spend time in the middle if needed. Estimated price $139,800 (FWD)
Jake Bowey averaged 79 in the 2019 NAB League. With elite decision making his excellent skill set should make him a valuable asset for the Dees on the wing, should they decide to use him there. Estimated price $144,300 (FWD/MID)

Thanks for the info lads, great reading and food for thought while I count down to another SC season.

Geez up and about early Damo. Nice work.

How insane are those SC scores from Powell? Titch clone. 👌

i have been watching him for a while now trigg pity the dees didn’t trade up and get him One to watch The melbourne boys are very skinny but BOWEY has one thing going for him .he’s a dead set twin to Clarry

Do we think supercoach is going to open tomorrow for gold members?

Don’t think so Matt..team picker is open. That tends to run awhile before it disappears when the real thing starts.
Team picker allows you to pick 1897 teams before it kicks off and still end up getting it wrong lol..gotta say, I’m gonna pick Rowell if he’s 100%…what a freaking freaky gun he was last season before the tragedy occurred.
I was an injustice it was….yeah, to quote the rather wimpy and super whiny Calimero.

Trying to remember a good Nth Melb rookie for SC is like trying to remember a good AFL rule change since 1990. Maybe Powell will be the answer. north got rid of most of their list so I reckon that he should get a game if he’s fit, I just hope that its not as a tagger.
Powell, Jones, O’Driscoll, Pedlar, Rowe and Wehr are the ones that I have most interest in keen to see if they’re in the mix for the respective best 22’s

Yeah seems like every Roos rookie named in the last 5 years took 3 years to start or had a start and then weren’t seen for 3 years, or were just really crap.
Something wrong there when a young rook can’t get a go in a team that isn’t really going very well, for quite a long time previously…must be a coaching thing.

It is unusual. I doubt that they have been selecting spuds every year yet they haven’t been able to develop any really good players. You could be right about the coach being the reason but it has happened under a lot of coaches which suggests that it is more likely the match committee and board interfering.
Kids that get drafted by the roos must have mixed emotions “Yay I’ve been drafted by an AFL team” and then “WTF my AFL career is over before I played a game”
Would Rowell have played round 1 in 2020 if he was at the Roos?

I see what you mean David, with these guys all going out of the side, maybe things are turning around there now for the future, at least it looks like they’re trying to with this wholesale culling….

They payed a lot for some of those names. Gave chances to blokes who didn’t deserve chances and didn’t support players worthy of support. Council hard rubbish week coincided with post season in Nth Melbourne but they only cleaned out a little bit of rubbish from the ground and left a 30-years old fridge full of rotting board members.
Seriously though after cleaning out all of that plus a coach if they don’t give Powel a fair dinkum run in round 1 (regardless of preseason form) somebody should start a petition to relegate them to the NEAFL; Based in Mt Isa.
Back in the old days of VFL players used to go from SANFL & WAFL straight into key roles at Pies, Blues, Tigers etc and become instant stars like Kelly at Cats. Powell should be a leader in any non top-8 midfield and if North don’t have the guts to see that they don’t belong in AFL.

Just to clarify
Tom Powell did NOT ave 157 in the 2020 SANFL.
He played SANFL Under 18’s in 2020. He averaged 35 disposals and won the competition b&f but he did not play senior footy

It’s a shame he’s so expensive..wonder which one’s better out of him and Ugle Hagan? 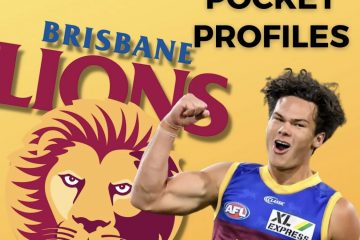