10 Supercoach Premium Defenders with under 10% ownership.

Looking for a point of difference? Something to set you apart and give you an edge? Well then, I have definitely made a list for your consideration.

This list will be filled with the hottest takes, some of the key stats and, while I have done my best, there are certainly more options which I may not mention. Please, as always, feel free to share your thoughts or make an addition in the comments!

In no particular order here are 10 defenders with under 10% ownership (At the time of writing).

2019 was a season that, despite an early stumble, proved to show that Houli was one to have on your team. Starting strongly with a 112 in round one, Houli went on to miss the next three games due to a hamstring injury. However, he returned in round 5 and went on to average 105.3 for the 2019 season.

At his price Houli represents a risky option for your starting squad given his injury history. Additionally, the retirement of Alex Rance leaves the Richmond defense with room to chop and change. However, if he can remain healthy and continue to produce the numbers then he will be a solid upgrade target if you don’t start him.

Nic Newman in 2019 was someone who flew under my radar and, by the time I realised, had already propelled himself into our SuperCoach hearts. 7 tonnes and 4 scores under 80 for the season. His highest score was a 161 and lowest at 57.

I can understand why people may be resisting picking him. The return of Docherty poses so many questions about both impact and structure for the Carlton defender. However, much with the flip of a coin the question remains. What if Doc’s impact is positive?

Newman certainly showed in 2019 that he is someone who can deliver a consistent premium result. This was particularly most evident post-bye where he averaged 109.4.

While the Docherty factor may be enough for some people to start him, he certainly is someone to keep watching.

“Daniel Bloody Rich” Lekdog’s cry for the Brisbane defender is carved into my brain and you know what ? I thought he was a great pick for my team last year, until he wasn’t, but then he was again.

10 tonnes for the season, the highest at 127, and 4 scores under 80, his lowest being 66. Daniel Rich is the kind of pick that makes you feel like you made the right move then humbles you with a score that makes you question everything.

Brisbane are a team that will be looking to back up a great 2019 campaign. While Rich sits in the frustrating mid 90 average, he is someone that presents a case for those of us that love riding the highs and lows of supercoach.

Breakout contender anyone? Jordan Dawson is arguably going as a hot pick with 8% ownership given his low average and not entirely impressive scoring history. However, recent trades and retirements have left some potential for Dawson to use his accurate kicking through the midfield.

Voted the clubs most improved for the 2019 season, Dawson has impressed in the off season smashing the 2km time trials before christmas.

With his oh so tasty DEF/FWD eligibility, Dawson is someone we should be watching closely for changes in his role and position.

Hard to believe the 3rd ranked defender is sitting at only 7% ownership. Although, this does mean that his selection can be something that sets you apart early in the game.

In 2019 Hurn had 11 tonnes, hitting a top score of 161, and only one score under 80. He missed three games for the season to injury but returned without much impact to his scoring ability.

He may be one that could miss a game here or there but his consistency cannot be denied. Hurn presents a solid case of why he could make the set and forget D1 or 2 position.

Luke Ryan wasn’t really someone on my radar SuperCoach wise. However, recent injury to Joel Hamling and Alex Pearce have left questions as to how this impacts Ryan’s scoring potential.

While not being a consistent high scorer, Ryan’s top score in 2019 of 156 showed that he does have the ability to post big numbers.

In 2019 Ryan was ranked as elite for intercept possessions and marks. Although he did miss 4 games at the end of the 2019 season.

One more name to add to the watchlist for preseason to see how Fremantle’s defensive needs shape his scoring in 2020.

Caleb Daniel is hot on my radar. While he posted some average scores in 2019, a lot of those scores came from injury affected games. This injury eventually had him sidelined for a number of weeks.

Daniel is a great distributor and his clean ball use is key to his SuperCoach scoring. If he manages to remain healthy, 2020 will have a lot of opportunity for Daniel to flourish.

As Fantasy Freako pointed out  Daniel reached 30 disposals in 47% of games and played on from 85.2% of kick-ins. This great stat from freako presents a solid reason for starting him or at least to throw some raised eyebrows at him.. If you don’t start him, he will be someone to target as the year progresses.

If you want durable then how’s this for a stat ? five years and not one game missed.

As a core player in the pies defensive line up in 2019. Crisp averaged 25 disposals, 6 marks and 3 tackles per game. His ability around the ball is evident but as we know that doesnt always translate to points.

If Crisp brings back some of that 2018 scoring, At under $500k, he oozes potential value. If you start him, I don’t see him as someone who could burn teams. However, he should remain on people’s radars as an upgrade option.

Talk about a rollercoaster, when I did my research on Vlastuin I made one note regarding his 2019 scoring. “Goes big or goes home”. This I think sums up the risk/reward of this pick.

Vlastuin averaged 19 disposals in 2019, his highest ever, combined with 3 tackles and 11 uncontested possessions per game. While this may have been a result of an injury affected Tigers, the retirement of Rance does his role and position open to a little shake up.

His highest score in 2019 was a 155 and his lowest at just 57. When he’s on he can bring in scores you love to see, but he will post some stinkers at times. A risky pick but one worth watching.

Another low risk option. Tom Stewart isn’t someone you’re necesarily picking for his high scoring ability but for his attractive floor. In 2019 he posted 8 tonnes but only went under the 80 mark in 3 games.

Ranked 2nd in overall points behind Jake Lloyd his ability to continually put up good numbers make him prime for selection. His durability, scoring and security in the cats best 22 are reasons why you should consider.

He did come back from christmas break with a mild groin complaint. However, at the time of writing he isn’t expected to miss any pre-season or regular season games as he gets fit and firing.

So there it is, for your consideration, 10 defenders with under 10% ownership. Who are you eyeing for tasty POD picks? Let us know in the comments below!

Nice work mate…I do love a good comparison article, can't believe Stewart is less than 10% owned, he'll go higher averaging and more consistent this year I feel as he continues to make the role his own.
Thanks for the effort, mystery man,
I think the safe girl's hotter than the pod, pods are for later in the season.

People are worried about his preseason injury I think

Stewart was in my team at the start, but I took him out after learning of his injury, one to upgrade to.

Maybe you should learn to get your facts right before publishing false information. On which planet did Nic Newman avg 123.1 post bye in 2019?

Thanks for correcting me 🙂 Forgot the first rule should be check my calculations twice!

Apologies champ. Math isn’t my strong suit sorry if I got a number crossed in the calculation.

Maybe you should learn to get your manners right before publishing unnecessarily rude observations. On which planet did your mother raise you

I think the reason most of these guys have low ownership is because they are good at what they do and do it repeatedly week after week.
Consistent.

So the safe bet.

So I figure as they rarely have that big score or low score for that matter you can pick them up during the year for about the same value.

Just need to decide when is the best time to bring them into your team?

Just my thoughts on defenders…. 🙊

Or you could look at it the other way. Buy these guys at the start and pick up the other fluctuating players when they drop in value.

what are peoples thought on salem

What about rampe hasn't seen him mentioned anywhere. He averaged 97 and if you look at his second half of the year its bloody impressive!

I love the Newman pick and have thought about him. I think Docherty's inclusion will help him. But my only personal concern is what will they do with Simmo? Not sure how his scoring will go sharing it with both Doch and Simpson.
Any thoughts as to how they'll structure up Lek? or any other fellow Blues fan?

Pretty sure I'll be starting with both Dawson and Daniel. Dawson in the fwd line.
Tempted by Stewart too but can't fit him in.

I like him down forward with the lack of other premo options down there.

Yeah mate Dawson looks a good option I think, beware of Gaz I think, I've read that he'll definitely be managed this year and won't play all games.

Ablett himself, his manager & Scott have all said gaz will be managed all year to be cherry ripe for September for his final crack at glory

Got Loyd, Sicily, Laird & Doc, in my def. Think I need to drop one. Thinking Laid. Any thoughts pls?

@NMFCOfficial GM Football Brady Rawlings: “Trent will return to train with the main group in February, and he still has time to be ready for Round 1."

Shoutout to the @Supercoach team for transferring my team picker across to regular #supercoach!

No more screenshotting at 11:59pm 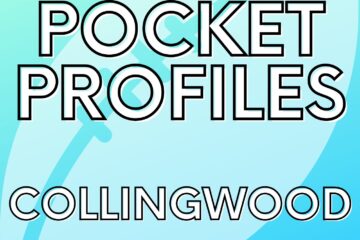 Supercoach is back! Sign up here & start building your team! The Jock Reynolds podcast is back for yet another pre-season. In the first instalment of the boys’ look at all 18 clubs ahead of Read more…