With the shocking news that Buddy is again facing an interrupted preseason, we, the SuperCoach community, need a new key forward to obsess over. Join me on the journey as I ask: why not Tom Lynch?

Tom Lynch arrived at the Tigers having gone under the knife in July of 2018 to fix a PCL injury that he picked up earlier in the year. He initially tried to manage the injury before eventually being advised by the SUNS “medical board” (a term I use loosely) that surgery would be the best route for him. Tom said this at the time:

“I’ve been doing all I can to rehab the injury without requiring surgery. That has meant I haven’t been able to get out there and train with the team during the week like you normally would.”

For Tom to manage a complete season (plus all three finals matches) in his first season at Tigerland was nothing short of remarkable. When fellow key forward, Jack Riewoldt, went down in round 2 with a wrist injury and then again in his round 6 return with a knee injury, any plans to ease Lynch and his bung knee into the season went out the window. Not only did he need to learn the “Richmond way”, he had to do so on the back of a very limited training program. You can see this in his pre-bye stats

Looking at those stats, you’d be excused for thinking that bloody Kev has got his hand on it again thinking about Richmond blokes (which I do, but that’s besides the point). Once Tom had learned the ropes and started to get some confidence in his body, it’s his post-bye stats that have me excited for what a fit Tom can do in 2020.

“I’m feeling great and I’m in everything at the moment, so it’s nice to be out there at this time of year instead of in the gym and swimming in the pool.”

Also of note is his relationship with Jack Riewoldt. From round 17 onwards they shared the forward 50 with Tom outscoring Jack in 8 of their 10 appearances together.

For SuperCoach, there’s always the key forward red flag hanging over his head, one that owners of Jeremy Cameron in 2019 can attest to as being a painful one. Like with any key forward, there is a going to be a significant gap between his best and worst (as you can see from the 71 point swing from round 22 to round 23) However, with an big game in the opening rounds at a starting price of 388.8k, I can see Tom easily cracking 450-500k early in season.

The Verdict: Track his preseason closely, if he hits the ground running it’s hard ignore the end of season numbers a fit Tom Lynch was putting up in the second half of the year. With Buddy unexpectedly getting injured during the preseason, something I sure many of us didn’t see coming, a swap to Lynch won’t have you tearing up your side.

What do you reckon, community? Is Tom Lynch worth a punt in 2020?

Too high of a risk for those 20s, 30s and 40s that will make you pull your hair out. Maybe later in the season to loop

Rounds 1-4 he plays Carlton, Collingwood, St Kilda and Adelaide before he runs into West Coast. Three games at the MCG, with the fourth at Marvel. There’s potential there for him to shoot up to $500k very quickly. Then prior to the bye he has a run of Geelong, Essendon, Sydney and North who he has everychance to grab a hold of those teams and score well too just gotta ride out the odd stinker of 50-60 that he may drop occasionally.

Oh yeah, KPPs and SuperCoach have a long, sucky history. There’s value there though, Jezza put on 70k in the opening 5 rounds last year. In a dominant side hopefully the stinkers are few and far between. Tigers plenty of Friday/Saturday games too, could become a nice F7 loop

Remember that he averaged around 55 for his first 12 games last year, so he is a risk that can ruin your whole year on his own. He has also only scored over 120 in four games in the last three years.

There seems a fair reason for the 55.

I watched his games, he dropped a lot of easy marks in the first few rounds, just needed some match time.

I think we can ignore most of the first half of season.

Although, on the flip side, I can’t see how he scored as well as he did to finish season

90 I would take for that price!

DSmith is roughly same price, so I have him at F3 for now, but watching Lynch and Bradshaw closely

I agree with Jess. Darling was All-Australian last year and averaged what for the year? 70? 75? When you have Steven and Smith priced cheaper, it's just to big a risk for me

This is a tough one for me, unless he fires right out of the blocks…we're probably gonna want to dump his ass if he's dropping turdy low scores. .. therefore wasting a trade.
His pre-season form will make all the difference, I'd like to see some high flying strong marking and goals kicked before I locked him in.

In my starting team, but a forward or two has to go.

Love it Kev. I'm not ballsy enough to start any key position player but great write up!

Hey guys, wondering if anyone is considering Jordan Dawson as a viable option, he looked to have improved a heck of a lot last season. Does anyone think he could achieve between 95 -100 this season?…cheers.
Also interested in any thoughts on Hanners and Brandon Starcevich for this year.

Dawson will be playing in defense this year, half back. No Mcveigh should help him, but Lloyd will be the main man.

he should easy increase his average of 86 from last year. Not that hard to increase at least 4 pts and get to 90+

only problem is he is already priced at 86. $468k isn't cheap. you are picking him as a premium already

you can get JJ, Andrews, Docherty, Hurley, Howe for CHEAPER

Good point Derek and rarely do guys exceed expectations in SC, so I might go with someone a bit more proven.
I've got Doc already and tried Andrews last season but he seems to have gone backwards since his big hit in the head.
Cheers mate

About the only good thing Dawson has got going for him is the DPP.. But as Derek said you would have to class him as one of your premo's

Dawson one of the very many examples of players better than lynch. He still hasn't come very close to consideration for me. Why is everyone looking to take unnecessary gambles?

Not looking to take gambles Jess, just floating the idea out there, gotta have a few speculative picks in our squads otherwise it all looks a bit same samey, and could be a bit boring.
Not saying he will, but Lynch could tear it up this year…it's possible, just not very probable from past performances….don't think I'll be starting him.

Fair shout but look at the context behind those stats. He was a young KPF at the worst team in the comp with the young midfield (sans Ablett, but not even he can do it all) kicking it to him. A dominant midfield is the lifeblood of a KPF. At Richmond he is in a top 3 side with better delivery from the mids.

His first half of the year. Off season knee surgery with no preseason. I mentioned that. I reckon that's a reasonable excuse for his slow start at a new club.

He had 94 shots at goal this year (84 if you take away the finals). A mark that he has only bettered once – his 2016 season which as you pointed out was his best. He averaged 91 post bye when he was fit, you can't ignore that.

I'm not saying that he is without risk nor is he a season long keeper. But with options after Whitfield and Dusty up in the air, there is value there until we get a better idea

Are you a Carlton supporter?

Im with OOP. If you want a non consistent (think opposite of josh kelly) 85 average max then go with him. We deserve better than that. Take a chance with a rookie, look elsewhere, and be thankful yiu stayed away when he drops a score of 40 and ruins other people's week.

The idea of these articles is to create discussion. Josh Kelly has averaged 110+ three years in a row, not much else you can say

just factor in j Kelly missing 6 – 8 games a year he now ave81 or less. you have to have good benchies for a game missa like him, or fyfe or countless others

Thanks Neil, he looks like a beast body-wise now, looks good in his highlights playing too.
I wouldn't think Birchall will last too long before he breaks down again, yeah I like the idea of his dpp with Bianco or Rivers, always comes in handy having the swinging backups.

T-Mac worth a crack this year Neil?…how's he looking?

Only 81 ave mate, would you have him and Doch in the back line or would he be in your midfield?
I also don't have Fyfe mate haha..could regret it but will pick up later if he stays injury free.

I know its early but as a sc addict i am craving more material. If you want me to write some im keen, and im sure a lot of people are. Lets bring this site back to the greatness it once was 🙂

Feel free to write up an article Jess! Send it through to [email protected]

Anyone give me a list of mature age rookies looking to olay this year? Feel like theres been too much on draftees and not mature age guns 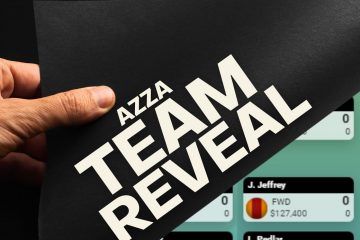 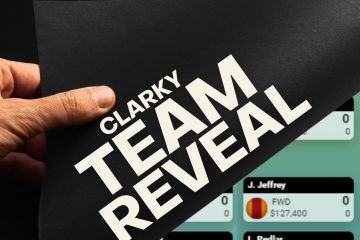