I’ve been bullish on Andrew Brayshaw for a while now. He showed glimpses of what he could become during the 2019 season and even boasted a 93 five-game average towards the end of the year. There are a few things which count against him, like a lowly 75-80% time on ground percentage and a disposal efficiency that can sit around the 50% mark, but there’s a whole lot more that count for him that tips the scales into the positive direction.

We didn’t trust Ross Lyon at the Dockers because we could never be sure he’d leave a player in their best position, or even play someone for an extended amount of time if they weren’t considered part of the best 22. Here’s where Justin Longmuir will be tested, he and new midfield coach Josh Carr have both been buoyant about the possibilities of Andrew Brayshaw spending a lot more time in the midfield, and it doesn’t seem like a throwaway line either because they have reiterated it multiple times, even Peter Bell repeated it in the injury update about David Mundy. Having those three people on board was enough for me to lock him in.*

*Nobody is locked into my team in January.

I’m going to go for a specific example here, Round 17, 2019 to be exact. Fremantle were doing horribly against the Hawks in Tasmania and they had to try something different. Nat Fyfe gets moved to full-forward, and Andrew Brayshaw gets moved to the middle. Brayshaw spent the second and third quarters playing mainly midfield minutes. He scored 46 points during that time at 1.02ppm (points per minute) as opposed to 0.84ppm in the first and fourth when he spent more time forward of the ball.

Based on this, it’s not unreasonable to expect a 90+ average from him in 2020. If he had played the entire game through the middle and not just for half the game, at 77% TOG (which is what he recorded for the whole game – roughly 92 minutes) he would’ve finished with a score of 94, instead, he finished on a frustrating score of 86.

Just quickly, the 116 was scored against Sydney and he went at 70% disposal efficiency and spent just a tick under 80% time on ground, played most of the game on the half-forward flank too, so midfield time might just be extra insurance of a good score and not the be-all and end-all.

Things are never as good as they seem, and things are never as bad as they seem. That’s the quote I’m going with for this section because everything I highlight here can be fixed quite easily. We all know that Ross Lyon teams were never the most skillful, it was the effort he wanted. So no surprises that Brayshaw’s disposal efficiency wasn’t all that great.

If we go back to the game against the Hawks that I highlighted before, he only went at 58% disposal efficiency. That means out of the 17 disposals he had, only 9 of them actually hit the intended target.

If he gets more time on the ground during games, cleans up his disposal and spends more time through the midfield, it’s not unreasonable to expect his average to jump up. A selection that’s not without risk, but a pretty exciting selection nevertheless.

If there is no improvement to his game time or disposal efficiency, even at his current rate an average of about 90-95 is still not an unreasonable expectation, but midfield time will be the key.

Who is your breakout contender?

Thanks Damo. I think you well highlighted his potential as a breakout contender. For me, it’s weighing him up against Steven and Smith – and at a stretch Tom McDonald. Both are a bit more proven, but also come with their queries – will Steven get fit enough, and what will his role be? If Smith’s knee is degenerative, maybe he won’t be able to get back to 2018 numbers. Brayshaw is definitely in the mix with those two for mine. I am not concerned about Mundy’s return, because I can’t see Freo moving Brayshaw out of the guts for Mundy – just doesn’t make sense for a developing team. The only other point for me on Brayshaw is that he may share those additional mid minutes with Cera. I have a gut feeling that they will give both kids time to develop in the mids.

100% correct. He will only score well if he gets A: More TOG and B: plays in the midfield.

Will both of those things happen?

He could have a good year Damo if circumstances allow it, although his low scores from last season would worry me, too many 50's and 60's in there, a 120k rookie can do that, I'd be more tempted by the likes of Steven, Smith and Buddy if they're up and running..maybe even Tiger's Lynch if he gets into the groove early in the season.

Mate get on the lynch pin.
Gonna take the comp by the scruff this year.

At the moment looking at running 5 fwd plus rook fwd line.

Hey Trig, some serious value in the fwd line there mate. I'm running with 4 and 2 rooks but subject to lots of changes obviously in the next 3 months. Yeah bloody shame about Buddy, even if he's healed by round 1 he'll need to build up his fitness base again.
What's the attraction with Acres mate?…he seems a bit inconsistent to me, had potential but never really showed it…maybe the Dockers could revitalize him I guess.

It comes down to a lot of choices for f3 or f4.

Steven clearly wins for me. I am going out on a limb and saying t kelly was a much more common footballer than it has seemed. All cats need is some average ballwinning pace through the guts for the player to do very well in supercoach. Cats are a good team, and even a lemon with good mid time will score well. Imo, steven will get good mid time, especially since they like to play danger fwd. Even constable averaged 80 last year with somewhat limited tog and experience. Lock steven in for a 95+ guaranteed imo

Buddy's injury opens it up S Hill for mine

i was keen on Heeney, but with Buddy's injury i'll pass as they will want Heeney playing forward again.

how does buddy's injury affect hill?

Whitfield and Greenwood are no brainers and Buddy was value now Hill takes that F3 Forwards are the area I will go light.Worrall makes it look better

Greenwood not a no brainer at all to me

Me either. Will still spend significant time in the forward line like at the Crows as he has no tank. He will be dependent on kicking goals to improve his scoring. GC have an abundance of inside midfielders.

Hey Damo.
I know in the pod you were keen on acres.

Do you see acres playing predominately mid and Brayshaw a bit of swap in and out of midfield?

I'm not trusting Acres even though Fyfe loves him

Who was saying Acres is "Fyfe-like"… Was it Fyfe? (lol)

I would put my money on Jack Steele.. Ratten says he's not using him as a tagger and going to cut him loose in the midfield.. Avg 95 last year as a tagger and at $516k he may be able to lift that avg to 105/110

Hey Col, good point mate, I read that too about Steele, he's a gun I reckon, I'm going for a low 500's mid and tossing up between him and Worpel.
Steele could easy go 100+ but so could Worps.

A lot of guys in this awkward price range, think I'll end up running absolute locks in the mid andf try and pick off a Steele if he looks good early

Like looking at Walsh and Rozee, can they improve enough to warrant selection? Second year blues?

Worps with Titch in the side?

Aside from that, I hope you're safe mate. Where were you evacuated from?

Thinking walsh can do a Clarry and even improve his average but your other player ,lek SPS is a definite starter. Just returned to Lakes Entrance to check it out and warned to leave again . Lakes appears safe though cheers

Ahh i stupidly chose Lakes Entrance as our families holiday location this year. Hope all is well NDD

Hope you're ok there Neil, our Family used to holiday there every year when I was a kid, long drive from the Port Phillip Bay area but it was worth it.

Lots of rooks ready to tease my #SuperCoach senses. Nic Nat and Kelly ones to watch as well.

All of the JRSC Supercoach 2020 tools in one place! #AFL: We&#8217;ve had a lot of great assets built for the #supercoach community this year, so we&#8217;ve collated them for your viewing pleasure.

Show Us Your Team Thr... https://aflfeeds.com/article/all-of-the-jrsc-supercoach-2020-tools-in-one-place

Players who have been traded from GWS before and after season #SuperCoach averages:

You, yes you, can be the Batman™️ of SuperCoach. Although, you will have to supply your own belt for the utilities.

Or just use your device/computer. 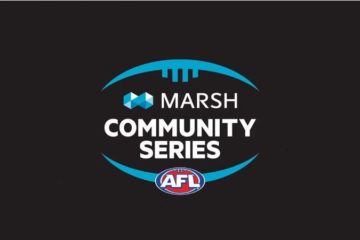 All of the JRSC Supercoach 2020 tools in one place!

We’ve had a lot of great assets built for the #supercoach community this year, so we’ve collated them for your viewing pleasure. Show Us Your Team Thread – Show us your team Chicko’s Amazing Supercoach Read more…

Something interested me recently, so I put Statty Matty on the case, about what the top 10 looked like for each position over the last 5 years. I requested this data set because I felt Read more…