Well how about that folks?

I don’t think I have seen a more complete four quarter effort from a team all year, no passengers the tigers saved their best for last and put on a display that will have the other 17 teams asking how are we going to beat the tigers next year especially with Rance to come back into the side?

There are a number of catch phrases that can apply to Grand final:

Whichever way you spin it, it was a win of epic portions. The Tigers absolutely dismantled the Giants who just had no answers, guess they will be better for the experience but could this drive or haunt them next year? The Tigers were an unstoppable force with pressure off the charts.  They had been there before, knew what it takes to win and executed the plan to perfection. Jack and Lynch got their act together and kept the scoreboard ticking over all day. Oh and it does help when you have a dusty in your team who was born to play finals.

Now onto the Happy Ending.

In the Grand Final it was DBB who raised the baton with a very impressive score of 1,146 and that was without picking the Norm Smith medallist in Dusty Martin. Hats off to Dusty who was the winner of the Norm Smith medal, that is two now and puts him in pretty esteemed company. Lek made a late charge over the last couple of weeks again getting a podium finish in the Grand Final.

2 teams managed to pick Dusty as the Norm Smith medallist which added a further 137 to their total score for the round. Most thought he would get the de boer tag so stayed away but the guy was made to play finals and didn’t disappoint.

It seems selecting the Norm Smith – Dustin Martin was the difference between winning and runners up.

So I can now announce he winner of the HAPPY Ending final series for 2019 is The Flukes!!

I don’t think it was fluke at all as he finished equal first in the 1st and 2nd round of the finals and then came storming home in the grand final, correctly selecting Dusty as the Norm Smith medallist.

It seems not selecting the Norm Smith was unlucky for some as Trig finished 13 points behind the leader.

Thanks for playing I hope the happy ending was able to stretch out the AFL and supercoach season out the bit longer for everyone who took part. Unfortunately we had some teams who didn’t go the distance but you get that in any comp I guess.

Enjoy your offseason and don’t forget about the big bash competition over summer.

Gone to my happy place. Be back in a few…

Nice work Trig, good read mate, and well done again giving it a red hot crack at the choccies, very close there at the top.
I won't be there for the BBL this year but you guys enjoy and have fun with it.
Don't remember a more one sided flogging in a grand final as this year, shame when there were so many exciting games leading up to that.
It'll be interesting to see how Tim Kelly slots into the Eagle's midfield next year, will he still be the Supercoach gun he was at Geelong?

Thanks for this Trig, to think if i put in someone else for Zaharakis in that first week i would've taken it home! I'll see all you guys next season, or i might stop by during the BBL, good luck regardless

And then there were 4!  What a weekend of football, especially the Dogs v Lions game. It had everything, especially that last qtr. No passengers with everyone giving their all. Injuries, Smitty putting on his Read more… 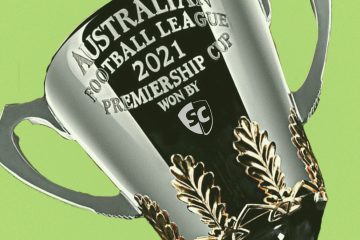 Prelim. No Second Chance!  There were some comments last year that I tend to ramble on a bit in the final series with my review so this one will be short and sweet.  3 words Read more…