Witts was a popular bench option in 2017, but it seems to begin 2018 everyone had pretty much locked in the Gawn/Nic Nat combo in as our starting rucks and called it a day.

Then we’ve been hit with the news about Nic Nat not even being able to jump yet during pre-season training and people have now begun panicking, racing about to try and find a new ruck combo to pick.

Would I say there’s enough panic with Nic Nat that it’s time for readers to crack open each others heads and feast on the goo inside? No I wouldn’t, Kent. 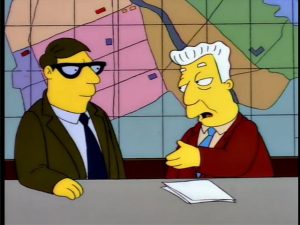 But what we can do is look at a few players and set up some contingency plans in the event we can’t pick Nic Nat, ones that will hopefully mean we don’t have to compromise other choices we’ve made across other lines, because as we all know, cheap ruckman are hard to come by.

Consistency. That was Witts biggest asset of 2017.

He didn’t blow the roof off the place at any one point, with his season high being just 115 SCPoints, but he rarely failed either, with just the 3 sub 80 scores and never scoring below 72.

He was super close to boosting that 100+ score even higher, notching up 5 games where he scored 95-99 SCPoints, while also noting consistency with his hitout numbers too, recording 31+ hitouts in all but 2 of his games, with 7 games with 40-51 hitouts, while being just 0.1 AFL Player Rating points and 3.9 Champion Data points from being rated as an elite ruckman in the AFL.

He averaged 11.6 Hitouts to Advantage, which was 3rd in the AFL behind Sandilands on 13.1, Jacobs on 11.7 and equal with Gawn and just ahead of Ryder on 11.5. He also won 66% of his contested possessions pre-clearance, which was the 3rd highest percentage of any ruckman. This leads into “The Bad” for Witts…

There isn’t a ton you can put here for Witts, other than the fact outside of the ruck, he doesn’t provide a lot else for the Suns, providing very little impact on the scoreboard or elsewhere around the ground.

His Round 10 bye could provide some headaches, with bench ruck options usually being limited, but it could also be the opposite for the regular bye rounds.

At the moment he’s owned by just 0.5% of teams, which puts him in Super POD territory and his consistency means you can likely put him in and not have to worry about him at all during the year.

If Nic Nat is available, it makes sense that people go in his direction given his price and scoring capability, but at just $52,400 more, he’s a solid alternate option if you don’t, or can’t, shell out the extra $100K+ to grab Kreuzer or Ryder and want to go in a different direction than others who likely pick Goldstein, Jacobs or Grundy.

Kreuzer and Gawn for me. Not stuffing around.

Nice write up, but if i was willing to take the hit during the round 10 bye, would definitely be locking in Ryder instead.

I reckon Simmo is the better option as Lloyd scores dropped heaps when McVeigh was in last year. Maybe also consider Sicily and Shaw (not sure on your team structure so just putting them out there).

Hey mate, thanks for the response, this is my team currently. Thoughts and suggestions? Got 50k left

Not sold on Pendles but can understand why you'd pick him but maybe go for Cripps, similar price range I think (can't remember and at work so can't check). Maybe even look at going Cogs down to Brayshaw/LDU (both should play most games and get good cash gen, I prefer Brayshaw) and then take one of D3-D6 up to Shaw/Sicily maybe even Dawson to Sicily if you have the cash (keep in mind your cash in bank) just to have that swing for trades during the season.

My reasoning for having 3 rookie mids on field is that there doesn't seem to be a huge selection of def/fwd rookies so I feel it is better to have an extra premo/midpricer in def/fwd as well as 3 rookies you know for sure will make you cash.

Hey Tommy, I'd prefer Bont in there over Pendles, almost a straight swap.
Also, Grundy might share ruck duties with Cox, maybe better to go for a lone ruckman.
Maybe consider Armitage in the mids over Cogs, Armo looked really good the other day, so you could have 4 premos in the defence and only 2 rookies.
Just suggestions mate, feel free to blow it off with a grain of salt lol

I agree with Clueless, definitely consider Shaw and Sicily

Interesting prospect Baron and a big call to have Witts as a keeper. I will stick fat with Ryder/Gawn combo. Stef Martin a prospect too though Port should win more games and Ryder can snag a few goals up forward too.

That said, what bench cover other than Cameron can we consider????

Lycett or Simpson if you're willing to spend I guess

Good call Clueless. Will be many rookie changes before Round 1 so Lycett very tempting.

Pittonet and English could get some games, but no one really knows yet.

Reckon Gaz had a lot to do with Witts’ HOA stat. Who’s gonna shark them now? Not enough upside to Witts this year

Gold Coast was crap with Gary. Imagine how bad they will be now. And they don't even have a home ground till mid year

while on this train of thought….

Not sure if anyones got a decent spreadsheet going already with this stuff? i just have hand notes

What do we think of Nick Coffield's Job Security

Think he’ll get a chance for a few weeks then will be on form.

How far is Benell away?

Ideally I would like to start with him, but another idea is to start with Christenson, and if he doesnt work out then downgrade to Benell when he's back.

There was an article today saying he will be welcomed back into the club next week for fitness testing (one is his conditions) but is unlikely to be considered for JLT2, instead getting match fitness at WAFL level

He's allowed back at the club on Tuesday. But he's done a calf injury & won't play JLT. He might play WAFL preseason games later in the month

Nathan Vardy has been carried off the ground with a knee injury in a practise match!!!

Lycett amongst the best players. Have had him firmly locked in R2 for a while. When it was NicNat and Lycett, scores didn’t vary much when they played together it alone. Vardy coming in changes that dynamic, and is the only ponderable. Lycett to Ryder after his bye, just seems like a solid strategy. I think the set and forget strategy with rucks has gone out the window. Overall, their scores have come down a bit with all the rule changes. So it’s really just taking value where you can find it. After all SandiWitts was a winning strategy last year. Lycett and Gawn represents huge value for mine.

Why doesn’t Lycette have DPP. He did last year.

I heard it was a groin

One report said groin, another said adductor. Either way, not looking good for him. But strengthens the case for Lycett. I was rolling with Lycett before this. I think it will be a more popular choice now

Scotty Lycett is now LOCKED in my side. No Vardy and no Nic Nat makes the decision a hell of a lot easier. At 277K an absolute bargain.

Gaycett looks the go, then. Nice.

Was he at the Mardi gras last night?

Hey guys just a question about my on field rookies atm, here's there posi in the team

My worry is with only $63k left do I have enough rookies for cash gen to get to full premo??

Any help would be greatly appreciated

That's fine
Mirra shouldn't be ahead of Finlayson and Worpel may not be in round 1 discussions anymore, but obviously we still have to see JLT2

That sucks, I just love being able to say "The Worpedo" ahah

A few more rookies are appearing. Nick Holman is looking pretty good. 71SC at three quarter time. 11 pozzies at a modest 63% DE, but also kicked a nice goal. If he plays round one, he could make my side at just 102K. Tim Kelly is now officially a LOCK. No doubt that bloke can play and looks certain to line up round one. 67SC at 3 quarter time, with 13 pozzies at 70% DE.

Not sure on Heeney don't think his average will go up and i feel he will struggle to hold it this year,
My top forwards are Mc Lean ,smith, Sicily the other three a toss up looking at Dunkley, Macpherson ,christensen and Tiziani .
I have nearly the same backline however I feel Rampe is a must have two excellent games from him my D4 and Ellis my D5.
I feel Lycett is primed for a big year he is keen and has an opportunity now to really prove himself with more game time under his belt.
Not to sure on simpson too much money on the bench. I feel Pittonet will give you some money over the year very impressed with the 33 mins he played.He must play at some stage.Mids I like, should all do well I have gone with Mid prices here as there are some very good players coni, redden,Armo,M8 Brayshaw.I am really looking at Redden as it's a different structure at W/C midfield and i feel he is going to enjoy as Shuey will cop the tag.

My main concerns are:

2) Is Jacobs the best pick for ruck alongside Gawn? Like many, I started with Gawn/NicNat and looked for another option.

3) Should I be worried about Heeney's 45SC yesterday? I didn't watch the match, so I don't know if he was in a different role, injured, or just plain bad.

Tom Nicholls will eat his tog and his ave will drop. You'd think that Nicholls didn't exist from reading this OPINION not supported by ant facts. How can you suggest that somebody put him in their team?

Thoughts on Redden and Ellis backline.I hope they play again in the JLT. I feel picking these two is going to depend on consistency.I feel Ellis may be the answer to my D5 problem which there about three good options. Redden maybe at M6.

Im taking a punt on R2 and after Gawn going either one of Simpson, Mckernan, Longer or Lycett and banking on 100k increase over first 5 or 6 rounds then upgrade from there. This is a parting from my normal set and forget rucks but Witts has showed if you get it right….. and this year there are options.

Worthy punt or to risky?

Around the Grounds – Round 20

Hello community and welcome to another edition of Around the Grounds. Almost at the end of the year now, so again we’ll be going through some teams to take a look at what potential Supercoach Read more…

As we come to the end of Round 11, the end is in sight for the Festival of Fantasy. Tonight we watch the Suns and the Bombers slug it out at Metricon. Both teams are Read more…