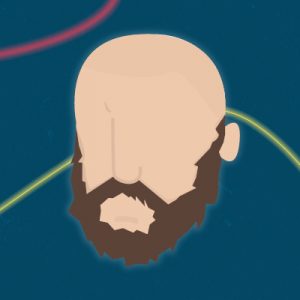 It looked like we might have a decent game on our hands at the end of the first quarter, but it wasn’t to be as Sydney used their superior size and skills to pull away from the 2nd quarter onwards to post an easy 55 point win. There weren’t many good signs for the Lions, who looked to have absolute no method to their forward 50 entries, other than bombing it in long, kicking 3 consolation goals (two to Ben Keays, one to Eric Hipwood) in the 4th quarter while being held goalless for the 2nd and 3rd quarters. On the other side, Sydney used the holes in Brisbane’s zone to their advantage, playing a game of short chip kicks, moving the ball around until they found a hole and moved it forwards quickly.

If I made the game sound exciting at any point during that above  paragraph, I sincerely apologize and i’m  just gonna have to let it out here. AAAAARRRRRGHHHH, THAT GAME SUCKED TO WATCH. It was a total hydrologic suck session and I still have to watch Geelong and Gold Coast tomorrow which is probably going to suck even harder.

Now that that’s out of the way!

Started the game well, but like the Lions in general, seemed to struggle a bit after that, though he still finished with 16 disposals and a goal from 69% ToG. DE was at just 43.8% though, but encouraging signs considering he’s such a cheap player this year and he’s missed so much football you’d expect him to be a bit rusty. 66 SCPoints isn’t ideal, but hopefully he can build from here.

Looks likely to get games early, but may look like he’ll have a similar rookie year to Hugh McCluggage. At his price that makes him a no-go. Just the 5 disposals.

OK game for him, but like a lot of others, his ball use wasn’t great, recording a disposal efficiency of just 45.5%. Also had 6 rebound 50’s and 2 tackles, one to watch for next week. 61 SCPoints is a good result for a rookie at his price.

Ball use still a concern, recording a disposal efficiency of just 44.4% with 4 clangers from his 9 disposals. Spent a lot of time at the stoppages in the first, but more time forward after that. He’s a confidence player and always has been, so today just wasn’t his day.

Had a horrific turnover in the 3rd quarter that lead to an easy goal for Papley that summed up the Lions game probably. Wouldn’t have done much to encourage people who were thinking about picking him with 12 disposals @ 58.3% and 7 clangers. 38 SCPoints might be his worse ever return.

Found his first high free kick early in the game, but was OK with 16 disposals, 4 clearances and 4 tackles from 69% ToG. Repeating theme, disposal efficiency sat at just 50%. Still questionable if he can take a sizeable role in the midfield to be worth picking. Scored 80 SCPoints, which just highlights his awkward price even more.

Did a lot of work inside with Beams and Zorko missing, and had 6 clearances with 17 disposals and 3 tackles. Could he be the overlooked cheapie in the Lions forward eligible pile? 79 SCPoints is an OK result, but will the contested work be there once Beams and Zorko return?

Looked very good for the first hit-out of the year, although I don’t rate the opposition ruck quality all that highly. Led the Lions with 7 clearances, along with 21 disposals (Lions high also), 26 hitouts and 5 inside 50’s. Supercoach score may be boosted a bit with 8 free’s for.

Didn’t look all that impressive, and his ball use was very poor considering you generally expect him to use it well. Finished with 14 disposals @ 42.9% efficiency. Not a good start for such a heavily selected player. 45 SCPoints? Into the bin!

Did his work up forward kicking 3 goals, and is troublesome at the bounces when he goes there. At his price though it’s a tough pick, but his contested ball winning ability, along with his goal scoring gives him some upside in Supercoach. 110 SCPoints is a big result for him.

Had 18 disposals, though 16 of them were uncontested, which won’t result in huge Supercoach scores traditionally. Just 59% ToG, so he was finding it fairly often when he was out there. 80 SCPoints is a good deal from his limited game time.

Only played the 10 minutes in the first half, exclusively up forward with Callum Sinclair and Dean Towers taking ruck duties. Sinclair rolled his ankle early in the 3rd, so Cameron got a bit more time after that. The fact that Sam Naismith was a late withdrawal and they chose to use Towers as the backup ruck might mean he’s back in the NEAFL to start the year.

Did his thing without many issues at all, using his size (and Daniel Rich’s outright refusal to try and apply any physical pressure) to bully around the smaller defenders. Doesn’t look like he’s any chance of slowing down yet, but knowing him, you could probably get him cheaper at some point during the year. Did his usual Supercoach thing, scoring 134.

A lot of uncontested ball movement didn’t really suit him, and he had just the 21 disposals, 4 clearances and 5 tackles and a goal, but still scored 108 SCPoints. Good result and he can certainly get more involved.

Did his job with a minimum of fuss and collected 25 disposals with 7 marks, 4 clearances and 3 tackles.

Looked OK to start the game, but injured his ankle early in the game and was put on ice after that.

Had a field day out there with 6 intercept possessions and 8 uncontested marks in the backline along with 21 disposals. Also had a game high 148 SCPoints. Big tick.

Looked very solid linking up around the ground, recording 20 uncontested disposals in his 24. His price makes him awkward though 96 SCPoints is a good score.

Plenty of easy work around the back half with a game high 26 disposals, as well as 9 marks and 3 rebound 50’s. Scored 103 SCPoints, would be good if he could keep that up all year in 2018!

So Community, did you see anything in that game that stood out to you? Let us all know your thoughts!

(Forgotten to include all the scores)

how much mid time did heeney get?

Papley could be a good POD, being Mid/Fwd.

Very inconsistent player, but looking at this years' forwards it might be worth the risk
His numbers last year weren't far off Heeney's, its just that Papley's bad games were worse than Heeney's bad games

True, he had some shockers in there, could improve this year, he's in the prime age bracket for improvement.

Beautiful stuff Barron. Very intrigued by Stef without Archie Smith confusing things, and Bell is certainly worth watching in the Lions' next game. Prefer him over Christensen as a prospect at this stage.

Does he get mid time when Zorks, Beams return though? Plus he used to play for Carlton, which basically rules him out for mine (sorry, Lek!)

Well we'll have to see next week. If no forward rookies pop up he may well be an option.

well not just stefan martin but anyone

Four points for the free and then points on top for any possession afterwards is my understanding.

Is thete any love for jack panye looked ok. Could go worse?

Very disappointed with Mitch Robinson, he didn't see much of it at all. Hopefully a bit of redemption at JLT2 or may have to abandon ship….

Yeah me too, maybe wait until his next game against the Gold coast, and if he's bad in that, could straight swap to Curnow if you don't have him and he does ok against Hawthorn in 7 days.

I'm starting a very competitive league for anyone interested. It's a $20 buy in which goes towards setting up a challenging and fair league.
I don't want any nuff-nuffs playing so proof of solid SC history will be requested before I accept you. Must be capable of scoring 2000+ points every week.

Contact Fantasy Insider for details, just $39.95 per month for premium.

im interested never finished out of top 2000 in country. finished top 200 last year. how do we organise payment and also know payment will be recieved etc.

this is such a joke

I reckon Witherden had 30SC to quarter time, any clue what happened after that cause his TOG% was still up…?

Yeah, he was unco…and crap, kicked it straight to Papley from fullback with a 15 metre pass, then he kicked the goal., had 7 clangers too. – 6 each time I think.

Remove Witherden from your watchlist. In fact remove Brisbane

I have had Heeney locked in at F1 all pre season and then he does a steaming turd of a game yesterday.
It's only 1 game but if he doesn't improve next time can I still go with him ?
Franklin will drop in price sure, but maybe it's better to just go with him from the start at F1 . He will still be a top 6 fwd point scorer

I wouldn't worry too much about JLT form. Heeney had a slightly interrupted pre season although I don't know if that had anything to do with his average performance yesterday. I agree with Buddy a top 6 Fwd and is a lock after yesterday regardless of price.

Hats off BVC for making it through that game. It was rubbish. Heeney had surgery Xmas eve & I'm concerned he's not quite right yet. Much to ponder there. There is value in Bundy, but how much? I'm not yet convinced he's worth it. The whole forward line is pot luck this year

I wanna get Banfield back in if he kicks on again so will possibly have to toy with something.

Gday FTB. Worpel didn't play JLT1. I moved him on to Banfield for the time being. Lycett looms as a boom or bust move. Make sure you have a rock solid exit strategy. Other than that it's a solid squad

Cheers mate. I’ll ditch Worpel for banfield. I’m
1800
Short lol any other rookies an easy switch to
Make it back? The hawks mirea worth bringing in for a current d rookie?

Mirra only played in the last quarter & had 3 touches. Need to hope he gets a full game in JLT2. I don't think he plays round 1 at this point

Reckon either get a game
Soon?

These game and player breakdowns are tip top thanks. how do you keep track of every players stats while holding a notepad binoculars and a beer?

5 Playing defensive rooks might be hard to find. Only Doedee looking likely of those you have selected.