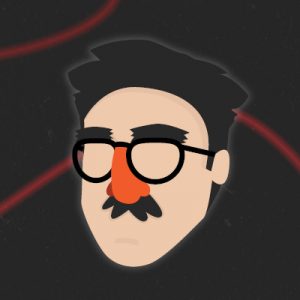 Hayden who? Most people wouldn’t know a thing about Hayden Crozier, because he’s just not a standout player.

He’s not a highlights package, he’s not a ball magnet – in fact he’s never averaged more than 17 touches a game in his seven-year, 69-game career.

A lot of people might not even know the forward flanker was traded to the Western Bulldogs in the 2017 off-season.

I bring you this to consider Hayden Crozier the running defender, rather than Hayden Crozier the half forward flanker. Shock and horror ensued when I found out Ross Lyon wasn’t playing Crozier in his best position for 90% of his career, but he’s in safe hands now. I think.

Luke Beveridge sweet talked him into requesting a trade to the Dogs, which the Dockers were happy to facilitate. Well, happier to facilitate than some other trades they had to do in the off season.

So, Crozier has been brought over, and if news reports are to be believed he is being primed to take over the role Robert Murphy left behind after his retirement. And the stats for him in that role are encouraging, despite the small sample size.

Not very impressive, is it?

So what stats have we got to go on to even consider him as an idea?

Well, not a lot to be honest, but let me cast your mind back to 2016. In 2016, Fremantle had an injury crisis, it resulted in them having too many of the same player available, so they sent Hayden Crozier to defence for the final 10 weeks of the season. He wasn’t bad either. He averaged 88.4 SuperCoach points over the first 5 weeks of that 10 week period.

In the first 5 weeks of that 10 week period, Crozier had scores of 90, 100, 71, 87, 94 – Not bad for someone who mainly played in attack for his pre-registered career. Positively, he also recorded a close to 2:1 kick to handball ratio, with an average disposal efficiency of around 85%.

In the 10 weeks he spent in the backline he was ranked third at Fremantle for metres gained, and ranked the sixth best kick retention rate of the top 15 metres gained players at the club.

In 2017, despite not getting to the same lofty heights, his best scores were produced against clubs which the Bulldogs play in 4 of their first 7 games. As a forward, mind you. The Bulldogs play Fremantle (his former club) in those first 7 games, and he didn’t play in the Dockers only game against the Swans last season, another one of the first 7 teams the Bulldogs play. On top of that, in 2016, his top score of 100 came against Essendon who they play in round 3.

Not a lot to go on to consider him a safe option. His final 5 games in that 10 game stint in defence also produced scores of 54, 64, 56, 77, 62 – Not great. In fact, it calculates to about an average of 62.6 which is pretty much the average he is priced at in SuperCoach this year.

As a forward, Crozier scores terribly. Both in SuperCoach and actual terms. If Luke Beveridge decides to backflip and sends him to help out in the forward half of the ground he won’t be any good to us. According to this season’s AFL prospectus, Crozier is rated below average for goals, shot at goal accuracy and score assists.

Overall, there is not a lot to go on considering the small sample size we have for the defensive position he has been recruited for. The signs are good, but we have nothing to really bite at to quash our fears in selecting him. He had some nice scores, and his metres gained is a nice stat, but what will he be like as his new club? And will Luke Beveridge prefer to play new players like Ed Richards or Aaron Naughton over him or alongside him? What will that do to his scores? We don’t know, because there is such a small sample size. On the positive side though, we know what he can do if given the freedom to run and make the play across half back, and that’s something to monitor closely during the JLT series, because that’s probably our best indication of what to expect.

He was in my team when I started writing this. Now he is part of an contingency plan for my team, based on round one selections, and pending his JLT form.

Wow, not a player I would have ever thought of. Thanks Damo. He would be a massive pod and if you are right in your predictions, an 88.4 average would be a great return for his price. Not for me though, if he shows some form I might jump on the bandwagon 😉

Really?…maybe if your ambition is to finish in the top 20,000

Surely you're not starting with him rusty?

Surely not indeed Post 🙂 P.S there is no bandwagon on Crozier.

Looks like in jumping off the roberton bandwagon as well

There was a roberton bandwagon??

Im not convinced on Danger this year would it be better to go with:

Danger and Christianson
or
Kelly and Petracca

Russty_
Guest
Reply to  The BONT

Danger would still play with a broken back…and still knock out 150, 2 out of every 3 weeks.

If I may … in reality that 10 game spell Crozier "spent in defence" only the first 5 or thereabouts were purely as a defender. After that he was shifted forward during games. I know because I was salivating at the thought that Freo had found a replacement for the Duff man. He reads the play exceptionally well and has a long accurate kick. Has always been a great mark too. After those first four of five games in defence Ross couldn't help but tinker around throwing him onto the wing and back and forth to the always non functioning forward line. Could be a huge POD and reward the plumsters handsomely.

Spot on, leedy. Damien mentions the final 5 games of that 10 game stretch in ‘the bad’ section

He will need a very special JLT and a few other guys to fall over to assure me he would be #1 choice rebounder at the Dogs.

Applaud the out of the box thinking though

Good stuff Damien! Too much risk for me, in that price range where he would have to make a quick $150k or become a premo. I can't see Crozier doing either of those. Would rather spend the extra $100k on D.Smith or Petracca

I am actually considering taking Mcevoy over Jacobs. Thoughts?

Ceglar is prob not going to be ready for round 1, so if he isn’t named don’t get too excited about McElroy being a lone wolf.

Pittonet it also a chance to play.

As a Bulldog member I am rapt to have Crozier at the club. I just can't start him in SC, however. I think he could be a solid POD upgrade if he does fulfill his promise across halfback, though!

Something interested me recently, so I put Statty Matty on the case, about what the top 10 looked like for each position over the last 5 years. I requested this data set because I felt Read more…

Andrew BrayshawPrice: $382,800Position: Forward/Midfielder I’ve been bullish on Andrew Brayshaw for a while now. He showed glimpses of what he could become during the 2019 season and even boasted a 93 five-game average towards the Read more…