I just don’t get the Bulldogs.

I know most sides play it very fluid with player positions, and you can see anyone playing all over the field, but normally there’s some sort of a structure.

Look at Geelong – sure, they’ve got sixteen midfielders, but you know Tom Hawkins will play forward, Zac Smith will ruck and… you know what I mean, there’s some structure there.

The Dogs don’t really seem to have that.

They used to – back in the day you knew Matty Boyd and Ryan Griffin would play through the middle, you knew Bob Murphy would run off half back and you knew Will Minson would play in the ruck. 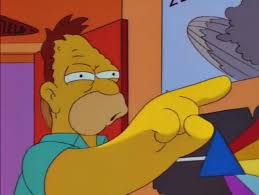 Now, they’ve got 20 of the exact same players who can rotate through the midfield from the forward line or the back line, and then someone at full back and someone slightly smaller than the full back at centre half back.

Libba, McLean, Wallis, Lachie Hunter, The Bont, Bailey Dale, Liam Picken, Caleb Daniel, JJ, Suckling and a whole bunch of younger kids who are clones of the players listed above all play anywhere and everywhere.

They obviously made it work by virtue of winning the flag, but from a Supercoach standpoint it just confuses me. How can I trust Luke Dahlhaus to play the same role each week when there are like fifteen of him running around?

Can we trust any of them?

He averaged 27.5 touches a game last year at 77 per cent disposal efficiency, and 10.8 possessions of his possessions per game were contested. He also racked up 5.7 tackles a game, 3.5 intercepts and 2.8 centre clearances.

His average jumped 13 points last year from 94.1 to 107.4, and he is coming into his sixth season at 24 years old. With no serious injury history of note – he’s missed seven games in four years – he looks reliable to be out on the park pretty much every week.

He’ll play in the guts, because he’s not overly gifted at scoring goals or playing in defence – there won’t be the issue we’ll have with The Bont, which might see him forward for long stretches of time, or Dahlhaus, who might be in the same boat especially as Stringer has left.

What I’m banking on isn’t his ceiling increasing – we can already see his ceiling is huge – but him smoothing out the dips.

Pat of The Bad is actually where the positive is. Macrae’s bad games last year were a 61, a 70 and a few 80s. Improved fitness, a lack of a premiership hangover – which brought the dogs down last year – and natural progression should see those games become scores of 90.

The other part of The Bad is more worrying: he’s expensive. At 580k, there are plenty of tantalising options such as Merrett, Crouch, Zorko and Sloane at only 20k more, while you could shave 50k and bring in Cripps, Rockliff, Matt Crouch or a smokie like Whitfield.

The Doggies. Sorry Bulldogs fans, but your side makes me nervous. I’m not touching the Bont with a barge pole, and Dahlhaus needs to prove he’s the real deal for me to bring him in. Macrae is the only one I feel will be locked into that midfield role … but that doesn’t mean I’m sleeping easy on it.

The Dogs also don’t have a noted ruckman who can tap it down Macrae’s throat, and while that didn’t bother him too much last year, it could prove something which limits his growth – two of his lowest three scores came against sides with monster ruckmen.

At time of writing he is in one per cent of sides, and with the upside he has – and the friendly round 12 bye – he is firmly ensconced at M5.

Will he stay there? We’ll see.

What do you think? Are you willing to entertain Macrae? Or are you more intrigued by other options?

Very big POD patch I hope it pays off for you

Seems when I a player loses DPP we cast them to one side. But we only need to think back to Dusty Zerrett & Zorko to know they can hold their own as Mid only's. Played 21 games at 100.1 in his second season which seems to have been forgotten about. Could be a good selection. Nice option Patch

Taylor Adams could be the forgotten man this year — no DPP but could still dominate.

I think you mean Brad Crouch.

Aside from that a very interesting choice — but for that price you could basically get Pendles. Know who I'd rather.

Hey patch ol mate
Crouching two is Brad but we all know what you meant. 🤔
I agree with INP just because he looses DPP we dont even consider anymore whereas this at least puts him back on the radar.
Same can be said for Adams.
The biggest problem they have that is working against these guys is you can pick up a bloke named Fyfe for the same coin.
So he gets the yellow jersey then next step is your uber premos.

Nice write up Patch. As Trigga and Pieman have referred to, i didn't consider him an option due to no more DPP, but he is an interesting prospect. But he won't be on my radar until he drops in price. He can throw in that odd poor game so i will consider him then. There are other mids at his price that have shown a better consistency to warrant selection at that price.

A thing of beauty, Patch. Bravo. At that price you don’t want stinkers and he is skidding the underwear a bit too much for my liking. You mention his improved fitness and natural progression, but you can’t put a number on that.

I’m a fan of his though, when he gets closer to 500k I’ll have another look

Definately someone I am considering! Very consistant player who will get 110 most weeks.

Nice article once again Patch. The only Bulldog I’m considering is Dahlhaus, DPP swing at F2. If he stinks it up in JLT, Robbie Gray a good plan B. I like Macrae and missed getting him last year. Just can’t fit him in for now. Will watch with interest!

Its a real tough one. But i'd go Bont due to him not needing a many touches to score his points.

(I know this post is about Macrae) But what are everyones opinions on Aaron Hall? Just curious because the round 10 bye could come in handy and there arent many mids to choose from other than him with the round 10 bye

Oh and Jarryd Lyons also, thoughts on both Hall and Lyons would be appreciated

150k cheaper & I'd consider Hall. But I'd prefer Coniglio at 60k cheaper & even Griffen at half his price

Not too keen on having Coniglio in my team considering i have Kelly. Was looking at Hall for a balance in mid when it comes to the byes. Have Danger, Mitch, Kelly and Macrae, looking for a 5th (or 6th 'premo' mid) to fit with the 4 I got

No shortage of options. Hall can break easily, & he's going to play in a struggling team. I'd look in the similar price range at Parker or Cripps

All interesting options, cheers. Up the Pies

The only R10 bye mid I’d consider is Rocky. I don’t see Hall or Lyons being a top mid so you’ll just end up trading them anyway. If Rocky goes down you’ll be trading him too, but his output will be much better than those GC boys

Not guaranteed to be best 22.

Welcome back fellas! Nice write up on MaCrae – not sold on him at the price tag but definitely a good POD.

Would love some thoughts/opinions on my team at this early stage.

Strategy here is calculated risks on both Hanley in the backline and Sicily up forward. I firmly believe McDonald is primed for a breakout playing as a permanent wingman with North's lack of big bodies in the mids. Only concern is whether I'm a bit light in the mids but for me Coniglio is a no-brainer at 450k and LDU is a jet. Do I sacrifice one of my backs/forwards for another premo mid or roll with what I've got?

Pumped to be back, good luck to Patch, Lekdog and the boys this year 🙂

Hey guys, would really appreciate some thoughts on the preseason team.

$241k left in the bank. As always rookies subject to change depending on JLT/Rd1 selections.

Just some thoughts I've been having though –

TIA for your help lads

Just to clear up, would probably only do one of the four options at this stage

Maybe I’m a bit daft today, but who is LDU?

Midfield might be too thin with the the two mid pricers. Thoughts?