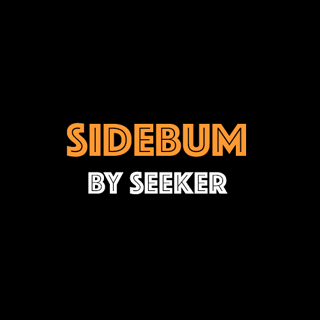 There has been plenty of chat this pre-season about various SuperCoach significant Collingwood players.

As always there is Scott Pendlebury (do you start him or bring him in – either way he’ll probably end up in your team). There is also Treloar, Taylor Adams with DPP, Scharenberg, the return of Keeffe and Josh Thomas, will Grundy do a ‘Gawn’ etc, etc.

However, one of the most consistent and valued Pie SuperCoach studs has largely flown under the radar this preseason, his name (voted the best name in the world in 2010) is: Steele Sidebottom.

I say consistent because since 2012, he’s averaged at least 103 per year. 2017 will be Steele’s ninth season and has only just turned 26 on January.

He’s also has a relatively injury free career. The only blemish being a broken thumb that cost him six games early in 2015. It was a shame too as he’d come off a blistering 2014 where he came off 14 100+ games and averaged 113.2 for the year.

Since arriving at Pie Land, Treloar has stolen the spotlight somewhat from Sidebottom.

However, the arrival of Treloar hasn’t decreased Sidebottom’s impact as they play different roles. Steele is primarily an outside runner. The risk is that we can only have some many starting Premos and Treloar might push ahead of the likes of Sidebottom in terms of preference.

The true risk to Sidebottom comes from fact that he is priced similarly to many quality premium contested ball-winners who are a bit younger and potentially have the ability to go to that next level. The Bont, Cripps and Coniglio come to mind. You might pick Sidey over one of these players only to see them go on to average 110+.

CRACK INTO THE PODCAST HERE – JOCK, CROUCH & HIGGO RIPPING THE PRESEASON TO SHREDS

At $577,800 Sidebottom is similarly priced to Fyfe, Bryce Gibbs and Coniglio. He’s cheaper than The Bont and Cripps by approximately $10k, and is slightly more expensive than both Sam and Tom Mitchell. Therefore, Sidebum is a looking to be a significant POD this year. And, if all indications are accurate, there is no reason why he can’t be pushing the 105 season average in 2017.

You could do worse than pick the Steele Sidebottom. He should be an ultra-consistent POD. As of writing this, Sidebum is owned by only 1% of SuperCoaches…1%! If Taylor Adams or Dane Beams, who are both currently owned by over 30% of Coaches, go belly-up (figuratively, of course) and are out for extended periods, which could very likely happen, then Sidebottom’s selection could have you well ahead or the pack.

I would rather get viney

Nice to meet you son! What's the name of your mum mate.. tipping she lived somewhere on the south eastern seaboard around the time of your birth?

haha Jock what do you think on viney

Have him currently at about D3/4 as interesting DEF/ MID option, not a lock yet but could still make my team

Lovely write up Seeker. I'm in love with Steele Sidebottom, such a talent and great fantasy player. My issue with him is that he's surrounded by so many other mids who steal off Steele. Pendles, Treloar, Adams, Wells to name a couple, Degoey's gotta get a run through there this year as well. Like I said, I love him, but I don't think I can pick him ahead of the current premos in my side at the moment (Danger, Pendles, Rockliff, Fyfe, T. Mitchell) but if you select him, he may very well turn out to be a great POD.

Thanks Canny, Steele is yet to make my team at this stage. I think that the reason is that there is such quality in and around his price that he's been forgotten or at least overlooked by many including myself.

As to losing points to those others, there wasn't much sign of it last year. His role on the outside probably means he's competing for points against De Goey, Wells and some up and comers so I still think he'll hold his own. Wells has to stay fit, be on the park and could be the tag target rather than Pendles or Sidebum who are not affected by tags as such. And, De Goey went missing in games for whole quarters last year (I should know, I started with him last year)…
.

Ripper Seeka – make sure you look up @seekersupacoach on the twitter folks.

I'll never forget the day I first saw sidebum play. At the pub with a group of mates watching the TAC cup grand final in 2008. It was probably the most dominant display I'd seen from a footballer at the time. Playing from the midfield he kicked 10 goals & tore the opposition to shreds. Figured he'd be going at pick 2 after Nic Nat. Wasn't how it panned out. Overlooked to pick 11. A big mistake to the other clubs that could have got him. With pendles & treloar on the park he won't get any attention. His role is off the wing & go forward & hit the scoreboard in 2017 more often. And he's more than capable. The third little pig could be an excellent selection. I'll be giving it plenty of thought. Cracking job Seeker. Ball tearer POD

Unlikely starter but some may like him as a pod.
Sidebum has killed me the last 2 years had him as starter 2015 stuffs thumb first game and then last year i haven't got him but he irons out Hanners who i did have.
So im wondering who he will take out this year i have Bont and Dahl, they better be ready for him.

Awesome write up, Seeker. He goes under the radar every year, mind boggling for such a good player. I've got Fyfe and Gray at a similar price ahead of him at this stage. Unlikely to change

Yes POD, but if you start him you must think your going to keep him , not in the best top consistent 8 mids.

IMO the players with a similar price but not in my 8 for a M4 – 5 spot are – Fyfe – locked, Shuey – strongly consider, Ward – no, S.Mitchell – no, T.Mitchell – consider, J.Steven – consider ,maybe a big break out year?,S.Coniglio – not for me , R.Gray – maybe after the bye ect- my thoughts only –
Excellent write up mate though

Soz, but are in contention for

WHAT DO I DO

Not really sold on Vince. Shuey typically starts the season slow, check out the write up on him. I think Jarman is still on the rookie list and Eagles will start the year in the twos while his body bulks up

Seriously who calls their kid Steele Sidebottom? It's not even a handle it's his actual name. Kudos parents.

I've got two locked and anywhere up to 6 pies in my team come Rd 1. So no room for sidey. Unless fyfe falls over and even then I think 50 shades would get the gig.

Well I have three nephews Blake, Miles and Ayce. What's wrong wilt Brian, Patrick or Phillip? Have Fyfe and I'm more likely to Gray over Steele myself at this stage too (perhaps – that Rd 9 bye is a torment)

Did 9hr sesh on my side

Bloody cant get better than that, not touching till after NAB

BILLIONS
Guest
Reply to  THE SALTSHAKERS

10 Top players in that list who either haven't played or had a very injury ridden season in 2016 (3 in back line, 5 in midfield, 1 in ruck, 1 in Forward). The rookies also aren't flash. Very risky team – I'd be tipping there will be a lot of changes… Sandi for one is injured so there's one change to pencil in straight up.

Better have the ambulance on standby for that defense and midfield

Sidey's elite year was Swanny's down year. Not to be repeated, expecting a solid 105 av

G’day guys! Given the fact it is the last week of #SuperCoach I will be going live for a Q&A tomorrow night at around 5:30 VIC time. The Stock Market is a little irrelevant this week, so I thought this would be a good replacement. All the best of luck and chat soon👊✌️

How good was that try assist from Tass 🤣🤦‍♂️ #nrlsupercoach #supercoach