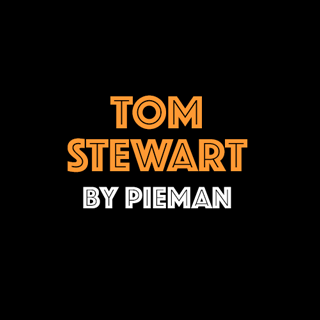 Local to listed in 12 months.

When Stephen Wells heads to the draft I get aroused. The master recruiter or “the Cat burglar” as I like to refer to him as, is well known for plucking guns from anywhere in the draft.

Wells rarely bothers with first round picks. He’s had the Cats so successful for so long he doesn’t get many high picks anyway. It matters little. He has an eye for talent like few have & grabs rippers in the back half of the draft. The good news for us is the blokes he picks are never expensive. There all basement price. This year is no exception.

Because of the blokes he brought in at the end of 2015 Danger, Henderson, Less Nutrient Selwood & Zac Smith, Wells didn’t enter the draft till pick 59. But that doesn’t bother the Cat burglar, he struck gold again with selection 66 (Sam Menegola).

He lost some incredible talent in Enright & Bartel from his list at the end of 2016. So the Cat burglar went on a shopping spree for new stock. Wells was obviously a fan of the depth & talent in this draft. He made a surprisingly high 6 selections with a clear mix of youth & mature age experience.

Tom Stewart was a local footy player at South Barwon in 2015. At the end of the season he was encouraged by his mentor (Matthew Scarlett) to try out for the Cats VFL side. He impressed & won a spot on the list.

That was the beginning of his meteoric rise. He finished the 2016 season in the VFL team of the year & came second in the best & fairest. Such a significant rise that he went from local footballer to AFL listed in 12 months. Matthew Scarlett would be a pretty good mentor to have. It is well known at the Cattery that Scarlett has taught Tom Stewart to play footy the Geelong way. Significant!

“Stewart had a stellar 2016 season for the VFL Cats, showcasing a rare ability to know the perfect balance between defence and attack. Week in, week out he would play on the opposition’s best forward as an under-sized defender and limit their influence, all while roaming up the ground to become an offensive weapon himself”.

That sounds pretty good to me.

Stewart is a versatile defender with the ability to play small or tall. His best position is a 3rd defender, but he manages to still collect plenty of the pill as you can see by his season stats. 17 disposals & 6.5 grabs a game is pretty good for a big bloke.

Stewart became well known for his attack on the ball & his power. He’s also a great kick either side of his body. And he possesses a great set of clunking hands.

Stewart at times played forward & showed he knew were the big sticks were. So he would give the Cats some versatility if they needed him up forward. In his 18 games he also kicked 5 goals. But he certainly played a majority of the season as a defender.

It must be mentioned that he had a shoulder reconstruction at the conclusion of last season so he’s not going to have a full preseason.

The way, the truth & the light for the #SuperCoach elite in 2017. Snag yours while they lasthttps://t.co/0xGdWDoSj4 pic.twitter.com/o2fmM72kR1

Like Luke Ryan if he does make the Round 1 Cats team he is a genuine on field rookie option. Don’t expect an 83 Av but if he can give us 65-70 at D6 then I’d take that. I’ve read quite a few times from Cats fans that know the VFL & AFL team that they think he’s way better than Ruggles.

Coming off a shoulder reconstruction is far from ideal. Do the Cats have enough defenders that he serves as a backup?

If I could ask the Cat burglar any question it would be why did you pick this man over Luke Ryan. I’m sure it would be a fascinating response. Perhaps Ryan was gone before he had his chance. No doubt this is yet another needs based selection. But is it best 22 or back up.

For me I thought the Cats forward line was lacking a second gorilla to help Hawkins. It didn’t work out with Mitch Clarke.  So does the inclusion of this man allow for say a Henderson or Taylor to go forward?  Intriguing. We really need to keep an eye on Tom Stewart in the preseason. I’d suggest he’s a huge chance for game time in 2017. The question is when?

Right at the pointy end of the Watchlist!

Well done again Pieman, yet another rookie you've pointed us towards to think about. The mature age boys look like they'll help us out big time down back this year. Good to know re the shoulder too, one to watch in preseason, see where he lines up and how much time he plays.
Just on a side note, what are the other people thinking re structures? I'm changing between 3 keepers in Def/Fwd, and going with 6 solid guns in the Mids, or say 4 keepers in Def/Fwd and 5 Mids, I know it's still early, plenty of chopping/changing to come.
Keep those rookie info posts coming mate, they're briliant.

Flip flopping on 3 back/4 fwd or 4 back/3 fwd. Rookies can cover both scenarios. Need a look at them. C'mon footy!

The Coach
Guest
Reply to  Benchwarmers

Aiming for 3 keepers down back, 4 up forward (inc. Roughy) and 5 in the middle (have Swallow). May try and get another premium backman with some chopping/changing as rookies emerge.

All depends on how the rookies shape up, but I'm hoping to go with Def: 4 keepers Mid: 6 Keepers Fwd 2.5 keepers

I think there more certain keeper options in def this year, whereas fwd seems more speculative. Doubt we'll know before the start of the season who is going to step up for the fwd line.

I've currently got Swallow at M8, so a super deep midfield.
3 premos in defence, 2 in the forward line. I don't trust any of the forward premos this year, so I'm happy to stack the mids instead.

Lovely stuff, Pieman. I prefer a running type for my backline rookies but Stewart is definitely on the watchlist

If he plays, he's in. Rookie selection cost me last year, I'm gonna get it right this year.

Robbo should be clearing out his office for the great man. He posted his first team yesterday. Truly terrible!

Now what you do with Robbo Ralphy & Jay C teams is show your kids that this is how the spuds go about it. Then show them the Phamtoms team & that's how a pro goes about it

Is Ben long gonna play? He has a very handy dpp.

Great work again Pieman
It looks like the pussies got him to fill a def position and if he performs well in preseason games should get a gig Rnd1 sits on my bench ATM in a revamped team without Beams or Swallow.

i like beams a lot but still unsure about swallow

Thanks Skindog! Have known the lads for many years. Terrific blokes. But your right my booze fueled tinder benders do not sit well with Higgo! I won't be in the bungalow until I change my ways. Which will never happen

Yes sir INP, I know of this, and you never changing your ways, but I've known for a couple of years after talking with you that you were destined for this, I sincerely mean it, well done and good on you,,,

I have an inkling, just waiting for the man cup so I can check them out,

Bang on again INP.
quality rook analysis
With Ryan been on the radar early but great to get the history.
If both get a gig rd 1 wouldn't be the worst idea to start both on field. Now that is cheap defence.

Once again thanks for the illumination

It wouldn't be a bad idea at all Trig in my opinion. But a long way to go till round 1

Another rookie gem to keep an eye on. Now have a solid list of Pieman-approved rooks For preseason. And if Stewie is as good or better than Ruggles, we should see him in many D6 spots this season. Excellent job again, INP!

Who's place does he take ? Zach thouy will be selected before him

Be interesting to see if he makes a case for himself. In the past have been surprised at the rooks who made it to early rounds for the Cats (e.g. Gregson, Ruggles). Shall see.

Love your work again Pieman! Thinking out loud but also a question, if both Stewart and Ryan have been injured in the preseaon, what chance are they to line up early? Surely behind in their respective preparations. They've never played AFL. It would also appear that neither will get an early look at JLT cup and therefore, perhaps both are downgrade options? This would have a fairly significant change on structure too no?

I would put Newman (swans) and Hibberd (kangas) both DPP ahead of Stewart. Both have been with their clubs for over a year and were both very close to getting games last year. Swans an Norf have places available.

Can't see why Collins (dogs) didn't get a game last year. Must be close

Tend to agree Derek, I would also have Ed VW ahead of them at this point. Collins I'm not sold on yet. With Adams and Murphy coming back I can't see how he will get a game.

Geelong are a real worry in their KPP. Moving Henderson around late last year was very troubling re general team structure, given his general lack of form. They are certainly looking to experiment and test the waters to fill the gaps.

Hope Stewart gets a shot. But I'll be staying clear in SC if he's selected come rd1!

Quality write up… amazing knowledge of players from an opposition club! Sorry for the lame question, but how do you access SC scores from VFL games and also the various champion data stats we see quoted?