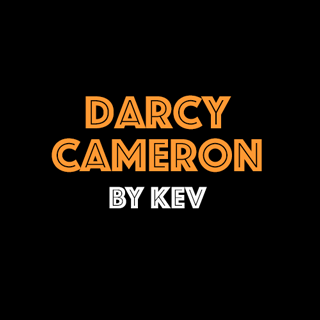 Is this the guy for your R3 spot?

Ruck bench (R3) is an interesting position to me. The $10m starting salary cap never seems to stretch as far as we need it to. It makes sense to back your rolled-gold premium R1/2 combination and plonk a 102k rookie on your bench who either has a lot of Sunday games to utilise the captains loophole or has R/F DPP (or both). We’ve got to squeeze every penny, right?

It’s not a position you look at for price rises or trade strategy. Mason Cox proved last year that R3 doesn’t need to be a waste. When his bye came in round 13, he was up 152k from his starting price. With cash generation the name of the game early, you need to get those rookies you’ve relied on early onto your bench and trade in those seasoned performers at top level. 1.4% of coaches jumped off Cox after his bye. The week before he had lost 1.2k after the round 12 clash against Melbourne. The “buy low/sell high” maxim had been reached. With the extra trade during the bye rounds, moving him on to a 102k rookie would have netted you 167k. Cox played 3 games after the bye and coaches that traded him out were up 167k. That, my friends, is STRATEGY.

Some argue that this game is mostly luck and maybe it is, but there are things you can do to give yourself the best possible of making it to the big dance at the end of the season. Sure, Buddy might go ballistic when your opponent has the C on him but theres nothing you can do about that. If you want some bragging rights over your mates in 2017, or hell, maybe even 50k, get your hands on the 2017 Jock Reynolds Supercoach magazine.

Darcy Cameron is not a walk up start at the Swans, but he’s a mature aged player and only an injury or two away from playing.

Darcy Cameron is the epitome of mobile ruckman. Effective by hand and foot, agile, can go forward, and an endurance beast. Remember he’s two hundred and four bloody centimetres. I’m not sure if many of remember doing the beep test at school but I was about ready to die at level 6.

Though he doesn’t win a lot of the ball, he did average 93 at Claremont so he’s having a solid influence on matches. With his physique he should have no problems holding his own in the ruck and even if he doesn’t attend a lot of centre bounces his marks/goals are standouts.

His position isn’t locked at the Swans and, barring an injury crisis at Sydney, probably won’t start round 1. If you pick him then start him at R3 and not your F7/8. I can see him getting an opportunity if Tippett or Naismith go down. However, he’s not just an out and out ruckman. If the Swans want extra height up forward he may get a call up.

He doesn’t get a shot and you get stuck with him. Many of us have been stuck carrying a non-playing rookie through the year because it’s hard to justify trading them out when you’ve got other moves to make.

I was leaning towards starting him until I discovered the fixture breakdown for the Swans. If Longmire comes out and gives some assurances over his game time in 2017 it will go a long way to calm the doubts.

Worth a look in the preseason. No doubt about that. I think your right Kev the Swans fixtures don't make him an ideal donut loop man. Could be a downgrade option in the Fwd line later on. We all know how fragile Tippett is. Great to see you taking on the rookies Kev. Awesome effort

Cheers, INP. Yeah, was impressed with his WAFL numbers. Will turn 22 during the season, so none of those awkward teenage years as a big man. Should get a go in the preseason games

The only position i lock on day one of planning is R3. Cheapest bloke with no chance of playing a game. Given the ruck situation at the Swans, Cameron may well play so he is out of my calculations

Paul Hunter from the Crows is 117k and has DPP. Crows lots of Saturday night games

Im more interested in the prospects of geelongs mature age ruckman abbott. I heard he got 14.6 beep test. Expect him to get an opputunity this yr.

Hurt himself mid December, Dal. Dunno how bad but it was a crack in his leg

Never a bad thing to have some solid R3 options going into preseason. Especially since I'm planning on getting my Sandiball on. Well done, Kev.

Leaning that way too, throtts. The coin saved strengthens other lines. Needs a flawless preseason though, not taking Sandi in if he's under a cloud

Spot on Kev,
Max lynch could be a winner too . currently have strnadica because he has a chance to make some coin but Cameron definitely in the frame , especially when tippet is soft as butter. Killing it in the pre season with these articles Kev , much appreciated intel until my Jock Reynolds magazine appears. Keep the great work up legend.

Cheers, Bont. That's me tapped out now for writeups. Had a go at something new that's with Jock as we speak. Hopefully it'll be up on the site soon

I never seem to get the right ruck structure as their are always tempting picks every year. Last year I went with Z.Smith and Grimley instead of Gawn and Cox, and the year before that I picked bellchambers. I reckon that a set and forget structure with Goldy and Gawn is the only way to go this year, but then again, the one year I dont pick a midpriced ruckman might be the year that one of them goes off. Darcy Cameron looks like a good selection with the bench, hopefully he can get some games while Goldstien or Gawn are out.

Sandi is the only midprice option I'm entertaining this year. Leaning towards Grundy as his partner

more food for thought though thanks Kev

All Y'all Tippet haters will be eating your words. In 2015 second half of year he was about the best ruck in the biz. Was good last year too until injured. He'll be back big style this year. If Reid stays fit there's less need for Tippet up front so he might surprise SC score wise too. Consider.
Cameron was in my team based on DPP and price plus only an injury away from a realistic shot at a run in the side. Swans game times are unfortunate though – and the reason I'm not a member this year. I'll prob still consider strongly as he plays for the right team.

An injury to Grundy has Collingwood in diabolical trouble,,, enter McCarthy (FWD) @ $120.4K
Similarly, GWS would be in deep poo if (when) Mumford gets injured, enter Downie (FWD) @ $217.6k

Depends what you want (ie tactical donut or R3 w/ best chance of playing, clearly Cameron is batting 4 deep, not the best chance to play.

Nice post. What do you think about running Boyd in the Fwds as cover this year? Will the GF be a sign of things to come?

Thank you Satan. I'm gonna roll with Ryder as Ruck/Fwd link, probably w/ McCarthy or Strnadnica as R3. I would be keen to hear from anyone in the know at GWS as to who is their 2nd Ruck, Downie or Simpson. That would be more of an opportunistic selection for me as opposed to a planned selection. As for Boyd… I don't select KPP ever, so that's a no from me.