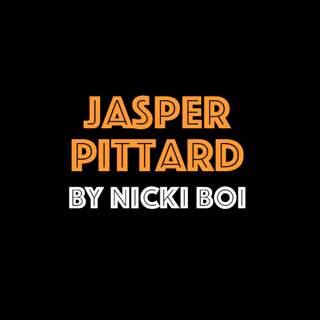 Is The After-Thought of Port Gaining Some Traction?

The Port Adelaide Football Club once glistened with the hope of a new and bright future. A dramatic three-point loss to Hawks in the 2014 preliminary final made us all feel assured that the Power would be a force to be reckoned with in following seasons to come with such a youthful and talented playing group.

But this is definitely not the case.

With Port struggling their backline has come under siege – and this is where our friend Jasper Pittard comes in to play. A steady improver from his first season to now, the 26-year-old Pittard could just go bang in 2017 where he will be seeing plenty of the footy down back.

What you get from Jasper Pittard is a high level of consistency. With a standard deviation of only 17.8, Pittard can be seen as very reliable with 11 of his 22 scores being between 80-100 points. This means that Pittard’s price will fluctuate minimally. This makes our lives as coaches a hell of a lot easier when considering possible trades and other team economics.

Pittard also likes to put the ball on the boot rather than dish it off via hand. In 2016 Pittard averaged 22.6 disposals of which 15.4 were kicks to 7.2 handballs. Compliment this with the fact he was 5th in the league for total rebound 50’s and 7th in total bounces and you have yourself the makings of a very dangerous and damaging half back rebounder who went at a solid 76.7% DE.

The most appealing of all the factors at hand though is the continuous improvements he has made to his game which are reflected in his Supercoach scores. Since becoming fully healthy again in 2014 he has missed only the two games and made huge strides in his scoring output;

At this rate an average of 100+ maybe on the cards with his strides towards becoming better and better.

The main risk regarding Pittard is clearly his price. At $499k you want value for money and the potential for the player to go big. Pittard as mentioned offers consistency but may not have the threshold to go large. He only cracked that all important 100 mark six times in 2016 with a high score of 129. These numbers aren’t terrific, especially when stacked up against a player such as Rory Laird who battled injury but still registered better numbers at an average of 96.8.

If you were to select Pittard you would most likely start with him. Because of his consistency and inability to go huge, he must be in your team for a long period of time to truly appreciate him. However, with a round 9 bye he could actually be used as a trade in option to carry out a consistent scoring role for your team. I don’t see him coming any more than $50k cheaper though if that is your course of action so be weary.

I really like what Jasper Pittard has to offer us as coaches in 2017. His reliability should be sought after as well as the improvements he has made to his game in each. I think an average of 96+ is a fair evaluation to make on Pittard who has the ability to go 100+ if he can remain consistent until round 23.

Will Pittard make your starting squad?

Very consistent is the Pitt, but as you point out Nicki there are better options for slightly more cash outlay the avg of last year for close to 500k is just a bit risky for my liking, he couldn't crach an avg of 95 at 25yo so i don't see him improving to the 100.There are a number of young guns on the rise in the Backs ill be taking 1 of them at this stage, im sure a few will start with him seen him in a few early teams.
Nice work Nicki Boi….

Nice work Nicki. This is a bloke worthy of a review. For me he was noticeably ports preferred avenue out of defence. So I question if that correlates to more attention in 2017. That all depends if an opposition coach sees him as damaging. I certainly didn't. So I see more of the same. Personally if I was looking at a port defender with serious upside I'd go Hartlett. He's cheaper & has DPP & perhaps asking him to look elsewhere might put the fire cracker in his ass that he needs. But it's a big if. I'm unlikely to start with either

If hartlett can get back to that 100 average he's an absolute steal. If he plays like he did last year, he's not best 22.

Well put steeeve. Ballsy pick. Could get the ass like Barlow last season. Could make you could break you

Great stuff fellas he's a mid of the pack and priced awkwardly, be tough to select but maybe just maybe

Great review, Nicki Boy. I like this lad. His SD in particular is awesome. He's just about priced at his ceiling I feel, won't be blowing the roof off the joint. Probably will be my first defensive upgrade and a handy D5/6 when at full premium

Great job with this one Nicki .
Consistent yes , but consistently average (if that makes sense ) 11 of his 22 in the 80-100 range is alright but compared to a premo (docherty, simmo, and shaw ) the 500 k seems like a large outlay . Would rather part with an extra 70 k and know that I've definitely got a 100+ average if fit .
He's also gone under 80 almost as much as he pushed past the 100 mark . Don't see him jumping to a 100+ average , averaged 5 contested touches and isn't hugely damaging by foot . Agree with pie and would go Hartlett if I was to roll the dice .

I did consider him but went with Hurley instead. Hur,ey has already cracked it for an average good enough for top 8 and is cheaper.

Be careful here Luskin, a year off footy is a bloody long time and I cannot explain to you the importance of how significant this is. It'd be a like taking a year off a job, you wouldn't know how to do most fundamental tasks until you were reminded being the case with Hurley. He will struggle at first and then pick up. Look at him at a discount not a starter

Hi Nick. Do you feel the same about Ryder? He feels like an important part of my structure. Especially if I start with Sandi. I really feel that Ryder can be in the top 10 forwards by season end, and I love having that ruck cover. I really only have to nurse him through his bye and he is valuable through the byes proper

I don't see the year out of footy to be that big of a deal, you have to look at it like a player coming back off a knee, surly the players outed due to the Bomber drug saga will perform better then a player coming back from a knee and a lot of them didn't go on a O/S junket they were in some sort of training. Granted i would not be going in with to many of them but 1 or 2 of them should be ok at there prices. Thoughts?

Great points Stirlsey, but what worries me with these players is the uncertainty that comes with them, do you take a leap of faith or go the more predictable route

I think some will be very hungry and want to prove themselves after all the hoopla. A few (and I suspect Jobe might be in this camp) might have lost some of the passion. Identifying who is what will be important. I'm looking forward to a Hurley write up or his review in the 2017 JR magazine

Two things to consider though:
– These guys have been free to train hard all year without putting their bodies through injury city by playing actual games
– They are precluded from training with the club, not from holding a Sherrin. No reason why they would not have been keeping ball skills sharp with friends/each other.

I'm all over Hurley too. I understand the reluctance with 12 months out but in my eyes anyway, Hurley's an absolute gun, high average in 2015, is at a great age, and will be fresh. Sometimes you have to go with your gut and mine says he's a lock

Yes Kenny, they were close. The bull rose up out of the willows as we walked by. He had something else on his mind besides us, however. The sound he was making was amazing, and I have it on video.