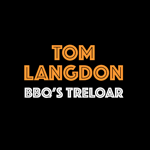 Rumour has it that Tom has chopped off that ridiculous man bun of his, but does that mean he should come into contention after an injury riddled year?

Coming off an injury is always a tough gig and after playing only 5 games and missing a bit of early preseason training, there are some big arse doubts on Langdon coming into the pointy end of the Supercoach 2017 preseason.

My intel at Collingwood suggests that Langdon is fighting for his position in the team and is not a guaranteed starter. Clearly this presents yet additional risk for this mid-price selection.

Recent injury history is one massive factor, but being regarded as a golden boy by Nathan “Bloody” Buckley is another.

Team Selection. Will he or won’t he line up in Round 1? And will he keep his spot throughout the season? It’s tough to make this call, but the word currently on Langdon is that he will need to force his way back into the starting lineup. With missing part of the early pre-season, that will be a tough ask. I’ve currently got him sitting at 25th in the pecking order at the pies.

Injury Risk. We all know he has had a shocking 2016 (playing only 5 games), but his first two seasons he was quite durable (19 and 222 games, respectively). It’s always a risk going in with a player coming off injury, but if he can get fit and firing, could he play every game?

NO (but keep an eye on him)

It’s a no at this stage for Langdon. Despite being a 4th year player (which we all know I love), he has not quite played enough games last year to make him a true 4th year player selection. Coming back from injury and not completing a full pre-season also detracts from his selection potential.

Big no for me at that price Nick .
I agree probably battling for a place in the 22 let alone pushing up to a 90+ average . Cheers for the write up

@N_Zvezdak
Guest
Reply to  The Bont

Thanks mate. A NO from me too at this stage

He's competing with Scharenberg for that spot who's 200k cheaper. And I can tell you if they are both fit Langdon is in the 2's. He's exceeded expectations that's for sure but he chops it up. Thumper is a way better gamble at that price point. Nice work BBQ's

Not picking either Luskin. Just at that price range thumper is a better option than Langdon

Don't mind a backline punt but I want one whose role is assured. As INP said Scharenberg is a better bet for some quick and dirty dollar dollar bills before his legs fall off again.

Great write up BBQ. You never know with Buckley, but I prefer Scharenberg before Langdon, same reasons as the other guys.

Pretty consistent views all round. Could actually be a bit of a POD

I really do like langdons prospects but such an awkward price

Thanks bbq it must be difficult to write more than 50 intelligent words about a spud, but somebody has to do it. I would have tapped out with "Zac Dawson scored twice as many points as him in 2016 and will probably score more points than him 2017".

Turnover Tom?? Not in this lifetime, wonderful people!

I hope he has a good season as Pies are my team but no thx for SC this year.