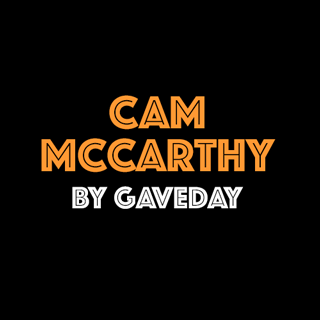 The ex-giant with big expectations

Let it be a lesson to all clubs that it’s better to stick with home grown talent to avoid the modern day scourge of homesickness that is plaguing our footballers. Screw “beyond blue” Kennett – lets get together with Bob Gedolf and assemble a benefit concert the likes of which we’ve never seen. Homesickness must be stopped! But seriously what a wasted pick GWS..

Even more mind boggling was the fact that Cam was then allowed to train with South Fremantle. But I digress. He arrives at the Dockers, who payed far less to acquire him than previously offered, as a sure fire starter in a forward line bereft of scoring power.

Having sat out the year he comes in rookie priced, but buyer beware – he’s only played 21 games in his career thus far, so he’s far from the finished product.

Cam McCarthy is turning heads on the training track as he returns after a year away from the game: https://t.co/XTFsnT7Rdb pic.twitter.com/dLBimsya7L

Young key forwards are notoriously underachieving and inconsistent. But this should not deter you from starting Cam Mac on your bench up fwd. With the retirement of The Pav, all eyes will be on him, sure his ceiling to floor ratio is large, but he’s a cash cow if ever there was one. And remember – he’s a Docker fan. So he’ll want to perform. And his team badly needs him too.

A highest score of 125 in 2015 suggests he’ll go large a few times a season, he was only 20 odd at the time, so there’s plenty of promise. It is just a matter of whether or not Ross Lyon – hey don’t walk out me !!!! Whether he, can get the best out of him and produce attacking returns. The Pav ended up averaging 78 and was priced at 400k in last year’s “flag tilt”. So if Cam can mirror that my friends….. No massive fan fare here boys. It’s just an Optus sponsored “Yes”. He’s worth the 200k outlay because he’s guaranteed a full season if fit. Lock him in and cash out when you’re ready.

Great stuff once again Gavesday! Could be like Hogan when he was rookie priced those years ago

You beauty Gave.
Still scratching my head why this guy was allowed to say and do whatever he wanted and go where ever he wanted. Basically held all the cards and held GWS to ransom. Granted they have a squillion 1st Rd Draft choices so couldn't care less but still. Don't contracts mean anything these days? Set a dangerous precedence.

You must be flush if you are starting Cam on the bench! Will be starting on the ground in my team as you said will and can play. Starting a couple of cheapies up fwd till we see who's who in the zoo and the boys are sorted from the men.

Nice write up Gave.
I think I'd rather go with josh Thomas if I was going to outlay around two hundred k for a fwd , much better history of scoring and isn't a sook like cam .
I don't see McCarthy generating much cash at all even if you take the sub vest games out his scores are far from Impressive , also have a few of the freo boys in my time already so doesn't fit my structure .

Agreed Bont. I've got my eyes on the Uber driver as well

McLuggage, Riley, Bowes, Menzel and Maccarthy. 170>210k, Which one will generate cash the fastest and give us points early? Pick two, any two. Pre-season can't come quickly enough.

Got life of Riley and cam penciled in but only in Grey lead with and eraser hovering above incase mcbags goes bang and is selected Rd 1.

Reckon brodie will get a gig before bowes but who knows. Bring on JLT and the season proper.

Might pick all the bastards at this stage, not loving many of the forward options at all. Build cash and hopefully by mid-year the top six will be evident.

Tossing up between Riley Knight and Josh Thomas over Cam. All at similar prices.

Need a big preseason from Cam to consider. Averaged 9 touches and 3.6 marks in his 20 game 2015. Slow burn. If there are other rookies 80k cheaper he's a no

Was a decent player at GWS and one that I'll most likely start with in 2017, will have to watch his preseason very closely as these key forwards can be a pain but I think he'll do alright and be a nice cash cow option

Nice write up Gave but I've got shit loads ahead of him. Will only pick him if long list of blokes I have in mind don't make it to round 1. He's going to get the number 1 gorilla & I can't see him being a great cow at his price.

Good write up Mr Gaveday.
I was keen on McCarthy but some comments on here have made me think twice. He is a cheap KPF and the number 1 fwd for freo. How will that translate into points?

So I went searching for another fwd snd think I may have found 1.
Ryan Clarke at $300k. He was a prolific ball winner as a jnr with pace who loves to kick a goal. Sound familiar? Boomer 2.0?
He struggled a bit for opportunities but now with boomer, NDS and wells gone he would have to be first picked for his pace alongside the grunt men in swallow and ziebell?

Am I missing something? Atley not really a mid more defense, Anderson? Who else? They need pace and I think Ryan fits the bill perfectly.

Think I will spend the extra $100k and bring in Ryan.
might be two in the team if his brother gets an early game.

Awkward price. Ballsy pick there Curious. Could be genius but could easily backfire & leave you with a nasty turd to clean up. If you feel like getting them out & having a punt spend another 120k & get Shaun Higgins!

how is this different to forking out $280-$300k on swallow or JOM who are both coming off injuries?

smart play would be Clarke?

Or CEY. We are all leaning towards Knight taking the Lyons role. CEY also in that frame. If it does turn out to be CEY, he wouldn't be the worst pick you could make at that price.

Swallow & JOM have proven they can get to the heights required to take the risk with them. Clarke hasn't

It's a tough sell, CG. You'll find most players at this level were prolific juniors. Of the data we do have, he's played one good game (99) and 5 scores under 62.

As a perth local i can tell you he's happy to be home with his mates and his PINGERS! Just look at his eyes. I don't trust druggies.

Perhaps we should ask for Shane Yarrans opinion

Nice work again Gav
Not for me Freo will improve this year but this kid will cop the # 1 or 2 backman and the hardnuts will sledge the hell out of him after the first hit to the head (Do you want yr Mummy) i can hear it now. He has shown he is not mentally tough either that or pulled a huge con job.
I think its both, to risky for me and you would want a 200k player to be scoring 75 to 80 week in week out not to sure he can do that can see a few sub 50 scores if he cops the better backman. NO!

It's the sum of parts for me. Banking on a minimum average of 70 by mid season.

A fit M.White FWD/ MID @ 199k is my preferred F4 at this stage of the planning process,time will tell though

Yeah Matt White has been in and out of my team.

Is this a joke? 200k for a bloke who will average below 60?
White, Ainsworth even Brandon Jack is a much better option for less and there'll be atleast 3 basement priced players who you'll be able to pick. Surely you don't waste your time writing up players like this? Do the pod's and breakout candidates as well as the guns. Thurlow, K.Langford, J.Ramsay etc… someone who's actually going to hold some relevance as they could all be keepers and if not be solid enough to hold for as long as you need

He'll average at least 70 in my book.

The Stiv
Guest
Reply to  Wtf

He's a firm no from me but still worthy of a write up Wtf.

Derek
Guest
Reply to  The Stiv

i was considering him at F5, until this article. he is a No now. well done