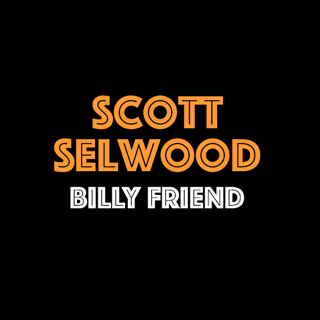 The Rise of the Forgotten Selwood?

I’ll cut straight to the chase with this one community. Before he was struck down by injury, Scott Selwood produced two consistent 100+ scoring seasons with the Weagles. Coming into 2017, he’s priced at an average of 74 with a tasty discount. If he can replicate his past form he will be a valuable stepping stone to upgrade to an uber premium.

But can he do it at the Cattery?

Scott has the physical attributes of his brother, which is pretty handy at the highest level. He’s as rough as guts and is always willing to put his head on the chopping block to scrap for his team. He has been concussed a few times in the past due to this kamikaze approach so playing 22 games has been a struggle for him recently (has done it before however in 2011 and 2012.) His injury history is a gigantic concern as he seems to pick up regular niggles that he can’t shake off.

Last year it was a pestering ankle injury that kept him out for two months longer than first anticipated so we will need a bit of luck from the SuperCoach Gods if he is to stay fit. By all reports, he is dominating this preseason with a real determinate mindset and is primed to bounce back to his best form:

“Look for him to really dominate next year” – Jackson Thurlow on teammate Scott Selwood. https://t.co/oksmAthtRq

The key consideration with Scott is the role that his coach asks him to fulfill for the team. Will he be a lock down tagger or will he match up on the oppositions best player, trying to peel off to get his own pill? If Brad Scott chooses the latter, Selwood could just sneak up on us community. Remember what Coniglio did in that role last year? I bet you do. Prior to Coniglio, Selwood was the king of tagging without really tagging.

Coaches are turning to these players more and more recently, so why can’t Selwood join blokes like Tom Mitchell and the Italian Stallion into premium territory? With a big preseason under his belt, he’ll walk into the Geelong midfield with no problems at all, hopefully feeding the ball out to Danger and co. from the trenches. Speaking of the trenches, he LOVES to tackle. Tackles = points. Points = One step further towards avoiding imminent madness from SuperCoach stress. Imagine laughing on the couch watching Scott rack up 100s for your SuperCoach team whilst O’Meara and Swallow do stuff all. Sweet isn’t it community. Unfortunately, I think all we will be doing here is imagining.

The biggest risk for mine is Scott’s role in the Geelong team. He wasn’t peeling off his opposition mid at the arse end of last year, so why should anything change? If he continues with this role, expect 80s community, at best!

His injury history has to be mentioned but I must say this is a risk that you sometimes must take in this game. Still scares the shit out of me though.

Scott is a classic stepping stone with a pinch of POD. We are hoping that he hits the ground running and appreciates 150-200k so we can trade him to a fallen premium. If this does not occur, we will be stranded with a mid priced spud in the midfield and will be forced to make a structural change to our team (an unmitigated disaster). The stakes are high with this selection, a make or break pick.

This is the easiest decision I’ve had to make so far community. I will not be going anywhere near this bloke in 2017. I recognise his potential, but the midfield spots are far too valuable to give him a run. The risk outweighs the reward.

Lovely stuff Billy! Reasonably solid no from me at this stage, although at that price he might be worth a look for a mid-pricer. Or he would be if I hadn't sworn off the damn things!

I've got him priced to AV 52. No way I'm putting the red pen through him just yet. If he was priced at 74 I would. Another cut price fascinating mid option. The available rookies will determine the fate of this man in my team. Cracking option on the table here billy. Another one placed in the land of temptation & big risk

I'm interested. With JOM pretty much ruled out, considering how Selwood stacks up against Swallow.

Brilliant work, Big B. Was tinkering with having Scooter in my side but it was just a love affair with past avg, and as you astutely pointed out, roles that are no longer his. Unless he comes out like it's his contract year fire, solid pass from ol' Throtts.

Same here Billy – extremely solid writeup mate! I'm worried about him just looking at the Geelong midfield: Danger, Jelwood, Duncan, Menegola (who will rip the crap out of the competition this year), Guthrie with another year's experience under the belt.. he's on the fringes of best 22 for mine. Last year – ankle, general foot, hamstring.. I'll steer clear

You've gone cold mate like the -16c temperatures Over there

Niiiiiiiiice and toasty…now that I've taken Scooter off the board.

If it's -8 tomorrow I'm sure you'll change your mind again throts my old mate. This could be the one brother to another, less nutrients in the womb to the one that got more move!

Haha. Too bad Jelwood isn't below $550K again…or did he leave you a bit frigid?

I'm not ruling him out either. Gave us great service last season

Onto the "Sneaky Upgrade" file

Selwood just about locked in as he should easily make his way to 400,000+ and be a valuable stepping stone to bring in 2 forward premiums before or after Port-GC Bye. His ability to amass large amounts of tackles and contested possessions should attribute to constant 80+ scores as well as being a vital part of Geelong's midfield to help mitigate the pressure and reliance on Dangerwood.

Could well do Adam absolutely possible. For me though that recent and ongoing injury history suggests to me that's more unlikely than likely. I've also concerns about his place in the best 22 – or more specifically in that midfield.

Butcher of the ball
Guest
Reply to  Adam

Scooter.
How is the blood lines in that family? Reckon it would be unique to have 4 sons play the same sport at the highest level.
Tough as a cats head all with the ability to make the tackle slide like a fat kid at a water park.
Nice gene pool.
Unfortunately I think scooters best days r behind him with menegola to make a midfield spot his own in 2017. Why is he priced so high? Throw us a bone fellas.
Scooter will be used as a tagger and unless swallow fails to make an appearance in JLT don't think he will get a Guernsey as they r both similarly priced.

Was a derinite no u til the news came through that hawks are HOPING to have Jaeger ready by rd 4. Sounds a lot li,e what su ns wee saying this time last year. Selwood and everyone else in that price range is now back on the table

Absolute butcher of the ball, clanger merchant. You wouldn't want him taking a set shot after the siren. Even at his best in 2012 his disposal was questionable at best.

Hope he does pull it all together though, seems like a top bloke and deserves at least a clean run to show what he can do.

Big no for me too Billy , good job .
Too many good options around to be risking him .

Nice to have some you can just jettison out of the ol' noggin'.

I'm another one in the camp of being put off by his injury history. Pretty much his entire lower body is being held together with sticky tape.

I think he'll be good for Geelong if they can get him up and running, but will cause a few headaches for coaches that select him.

The 4th best mid stepping stone after Myers, Swallow and Beams. Unfortunately mids are one of the only places we can pick underpriced guaranteed guns this year, so I don't need a 4th stepping stone.

His body just can not be trusted a big pass.