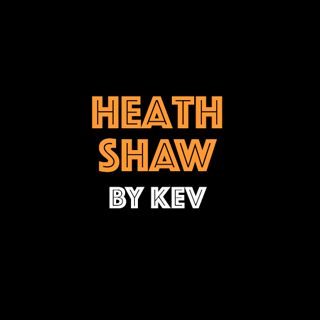 Still a Shaw thing for our backlines?

Once appearing alongside Dusty as the #1 entry on the “no flogs list”, Heath Shaw has amazingly un-flogged himself since joining the Giants in 2014. In what could be a future “compare the pair” Bupa ad, Heater was given a licence to play his natural game at the Giants, a beautiful thing for Supercoaches. He chose to kick it SEVEN TIMES more than he is willing to handball it in 2016. You can often see him running behind his teammate pleading for cheap possessions. In fact, I wouldn’t be surprised if he’s the type of bloke that lurks around food courts, waiting to tuck into any leftovers that present themselves. South of the border Dusty is still a flog, threatening women with chopsticks and washing down sleeping tablets with Juicy Watermelon vodka cruisers (never confirmed, but it probably was)

THE PODCAST IS BACK: CATCH THIS WEEK’S SHOW HERE

In what will surely go down in the annals of history of Buckley getting something right, he was quoted saying that he hoped for Shaw to “recapture his best” at the Giants and he’s done exactly that, backing up his 112 average in 2015 in what was statistically his best year. Hitting careerhighs for kicks (21.3 per game – 1st in the comp), possessions (24.5), marks (7.8 – 5th) and rebound 50’s (7.8 – 1st)

By round 13 he was averaging 117 and on a trouser stretching run of 9 tons in 11 games. Round 14 saw his influence completely nullified in the form of Carlton’s Simon White, then again against Macaffer following the round 15 bye, and once more against the Lions the following week. Shaw’s inability to handle a tag wouldn’t have gone unnoticed by opposition coaches and may see more attention coming his way in 2017. Is this enough of a reason for us coaches to avoid?

A worry rather than a risk. The aforementioned tag takes him out of the game completely. He can throw in a 50 or 60 that can completely ruin your weekend. But is the odd bad game worth missing out on his big scores? Since joining the Giants he has crossed the 100 mark 35 times, 21 of those being 120 or more. In 2016 he went 120+ 9 times out of 12. If you don’t have him he can hurt you. He is a top defender and priced accordingly.

55% had Sam Docherty in the first version of their teams. For $15k less you can have a guy with plenty of runs on the board and doesn’t play for Carlton. Heath Shaw has proven he can stay above 600k and is bloody hard to get in when he’s on song. It’s better just to start with him.

1% TOG averaging 106! Imagine what he could do if he played until half time haha. Some stars got cut off sonehow

Ripping job Kev . Truth be told I've had heater in and out of my drafts about a dozen times . I like his counterpart Williams this year . Hoping Cameron releases the reins and he can emulate what shaw has done over the last couple of years . That being said my mind will probably change next week and I'll go safety and have heater

I'm currently rolling with both, Bont. Experimenting with loading up on round 13 bye players with the plan of trading to guys coming off their bye

Yeah not at bad ploy Kev
No doch simmo or Adams then?

Simmo yes. No to the others. D1-4 are Simmo, Shaw, Laird, Williams

A lot of people on laird , not sold on him yet .

His second half of 2016 was really disappointing. Whilst I think he will still end up in the top 8 defenders, I think his average will slip down to 100. In choosing which players I start with, and which ones I trade into during the year, I try to start with players who are on or under their value. So Heater and Docherty will be upgrade targets for me.

Understand what you are saying but you could argue that Laird, Boyd, Simpson, and JJ for example are also overpriced or priced at their max. Can't upgrade to all of them as you'll run out of trades. Usually I don't like paying over 500k for a defender but are there really any top 6 defenders under 500k?

I think that Rance and Laird may hold their value. I am leaning towards Simpson as the third. Adams may be under valued, but is an injury risk. Zac Williams seems to be emerging, but that is speculative. As is Lloyd from Swans. McVeigh might be a left field choice – proven 100 or average, interrupted pre-season last year. Maybe might share some midfield minutes with Mills and Heeney. But tooth length is a concern. I Guess Hurley needs to be in the discussion. Can be top 10, and is discounted. Not sure after a year off.

fellas not much talk about Patrick cripps who i think is a lock is there something i dont know ?

Back surgery. Not training yet. Adds a huge risk factor. So many good choices at the top end that maybe he's not worth the risk at this stage.

Missing 3 months of the preseason with a back injury means he won't be starting in my team. It's not a good sign

Definitely not, Pie. Massive lesson last year not to start with guys who had an interrupted preseason

Except Joel Selwood who was great value. He's the exception, not the rule.

Stella again Kev. You've had a massive preseason mate. Tearing up the track, Training the house down & never been in better condition. I started him last season & half way through the season I was laughing at those without him. But his scoring really fell away as Zach emerged. A likely starter but I'm not entirely convinced just yet

Cheers, INP. Might get in Jock's ear about Zachy boy. Seen him mentioned across a few comment threads now, he's looking very relevant this year. Averaging a touch under 3 R50s a game, so maybe not responsible for Shaw falling away in the 2nd half of the year. Wasn't carrying a niggle as far as I know, perhaps was told to play tighter on his opponent?

Geez Kev I can't remember the last time I saw Heath Shaw with an opponent. Apparently he wears dog shit for aftershave on game day so no one goes near him

Don't Collingwood have copyright on that?

It's a toss up between him and Docherty, both will be cheaper after a while so you're basically guessing who will start the year better. Interesting then that Heater has never averaged 100 over the first stretch of the season. Still think I'll pick him, he's more likely unders than Doc is.

Deledio will go up forward imo. With Nathan Wilson unlikely for round 1 Shaw and Williams will be the go to guys out of defence

That's a tough one. I don't mind Pittard but that round 9 bye is bloody stupid

loves the orange strip. Williams will continue to develop but they will be one/two like doc and simmo so can probably survive and score together.

Will.almost certainly be top 6 again so tossing up between him and doc. As going with Simmo probably stick with heater.

He just loves to kick the Sherrin. With the Gws blues taking a couple of key backs heaters services will still be required all season and deep into the finals.

I love heater, but I may pass on him this season and go Zac, giants will be nigh unstoppable this season, so there should be plenty of points on offer. There's a good argument to have both but not for me.