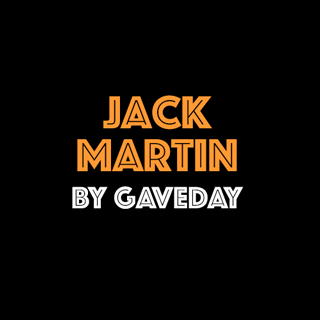 Are you Jack Watts in disguise?

One of the most hyped young players of recent seasons, Jack Martin has been lauded by Gary Ablett Jnr as possessing freakish skills…… On the training track. Game day has shown his ability to take pack marks and kick the pill beautifully off either foot, yet somehow serve up possessionless quarters.

Starting 2016 on fire he booted 9 goals in the first 3 rounds while posting 90,111,91 before he and the Suns went off the boil serving up a 39 in round 4 and being dismal until rd9 (he didn’t break 65!). In rd 8 when Adam Saad did his hammy late in the third, Rocket Eade shifted Martin to half-back. And thus begun his resurrection of SuperCoach relevance by ensuring he got the coveted DPP status for 2017. He would go on to improve his output without really living up to the promise delivered early, so can we expect this sun to shine next season?

The answer to my question?

If the Suns improve he’ll surely play his part – he’s shown he can be a rebounding defender and produce attacking returns. He could find himself working in tandem with Kade Koldjashnij, who could also tempt you as a defensive selection, either could prove to be astute picks – but do we see both averaging over 100? From rd9 onwards Jack only broke the ton twice after his move back. And remember prior to that when he goal hangs up forward he goes missing big time, not even getting a touch in a quarter. Not a sausage for 25 mins! He’s only 21 so there’s plenty of room to move, but this former number 1 draft pick might do an apple cucumber on us. Think Jack Watts. Shudder.

He’s talking the talk in preseason, says he’ll bulk up and play wherever he’s told, if he adds some muscle and can add pressure to his game – tackling is a good points earner if you’re not going to touch the ball Jack! Then consistency will be found and SuperCoaches will be rewarded.

Likely to be picked as a speculative selection – his DPP status will tempt many. If you do go down this path you’d be hoping he’ll average around the ton, mostly in your backline, and become a keeper allowing you to swing trades forward and back.

This is very much a buyer beware scenario. Priced at 400k with DPP he’s etched into my watchlist psyche. I’ve had him in and out of my side so far, when he fires he looks brilliant. I’m a glass is half full type of SuperCoach. But, as Jock has taught us, there’s no room for sentiment if you want glory. Go with the wise. And on this one, my stance is to wait and see before making a potential corrective trade in 5-6 rounds.

Well said Gaveday , firm no from me on this one too . Showed he can score in the 80s off half back but rarely crack the ton . I'd rather spend the extra &0k and take the punt on z Williams if I was going for a pod . Cheers for the write up

Steeeve
Guest
Reply to  The Bont

I like the Williams boy a lot but so many guns on that team to share the ball, even in defence.

the Bont
Guest
Reply to  Steeeve

Hoping now that GWS have realised Shaw cops the odd tag that they release Williams into heater's role. If this happens he could easily go into premium territory , and be a handy POD as everyone jumps at the usuals.

fatboyfat7
Guest
Reply to  the Bont

If Williams increases his average about by 5 points a game he'd be a T10 def based on last year. He's a likely starter until I hear a valid argument for his output to decrease. *And sorry to hi-jack the comments Gaveday, NO for Jack Martin here too btw…

Gaveday, Bont, Fatboy, would you select both Heater and ZWilliams? This is a major conundrum for me and my DEF starting team.

*Also a firm NO for my on Jackie Martin

Seems I have my answer now that I've read Heater's write up. Its a significant possibility that I'll go with both

I'd go only one. But I'm also looking very closely at Hurley and Houli.

Massive mixed bag of lollies this bloke is. PASS

So many of theses mid price selections running around Gold Coast this year, Touk Miller of course is the other but also Lyons and Adam Saad as well. Won't be in my starting side but if you like to play risky could make some serious cash early if he gets off to the right start. Before the Suns were decimated with injury he played very well and thus if they can remain less injury riddled we could see Martin become a very relevant fantasy footballer and an edge to our teams

Hell of a talent. I've certainly questioned his commitment in the past. This is the classic NAB trap. Will probably look sparkling in the preseason & make his way into teams. And then the pain begins. 100% agree with your Verdict Gave. Great job again

Nice one this, Gaveday. The hype around this guy when the mini draft was happening was insane. Not interested in mid price defenders this year, but will consider if there's another def/fwd I can swap him around with

Gave sounds like for most this is jack off just like watts. Probably go gun Def but if looking for a mid pricer would rather spend an extra $ and grab Williams or mills. Having a look a Murph if saving cash and how that knee of his is going.

Could be a masterstroke selection but gotta pass on this one.

I can't believe how underwhelming Jack has been so far. Too young to play AFL in his first year and won the B&F in the ressies. Had everyone thinking he was going to be the next big thing.
BUT we know what the NEAFL is like. And the Suns 2s aren't much good even by NEAFL standards. Last year Keegan Brooksby won their club B&F after only playing a handful of games. Is he the next big thing?

Agree Steeeve. He was pumped up to take the throne from Gary in no time. Not even in the same stratosphere as the great man

Great write up Gaveday and agree with your verdict. No. On a bit of a tangent, do you think Will Brodie will get an early run for the Suns?

I do think Will Brodie is a huge chance for early game time. Of the blokes they drafted I'd say he's the most likely to play round 1. His build is big enough & he's a contested beast> They need those sort of players

Thanks for the reply INP. With Bowes as well, Suns have a plethora of early starters.

They do but there expensive!

No to Martin. Just dont see how he can lift to 95 avg which is what i want in def. I respect INP view on rookies but suns have gaz, barlow, hanley, swallow, fiorini, rischitelli, hall, miller all probably ahead of the new boys. Dont see a lot of job security for the rookies

They picked up 5 blokes very capable of playing at the highest level in the draft. They won't play them all at the same time. I'm expecting rotations