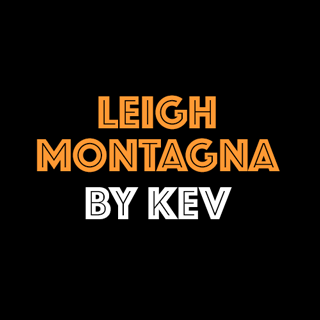 Will Joey bounce into your backline?

He was moved from his natural habitat in the Australia outback on a wing to a spot at half-back, where his footy smarts not only helped the development of a young St Kilda back 6, he gave them plenty of drive going forward. His rebound 50 numbers where the 4th best in the competition.

Therein lies the rub. What was good for the team wasn’t good from a fantasy perspective. His uncontested vs contested numbers shifted dramatically, coming in at 3.4:1. Uncontested touches and SuperCoach scoring go as well together as chocolate syrup and pickles, or fruit mince pies and literally anything (seriously, is there are way to make those things palatable?!) When the veteran midfielder gets shipped off the half back or up forward their relevancy from a fantasy viewpoint starts to dwindle. However, Joey adjusted superbly. Finding his niche in the quarterback +1 role and I’m racking my brain here; is there any one else that can play this role at the Saints? He played his last month of footy in this role, averaging 28.5 touches, 6.5 marks and 107 SC points. His metres gained average for the year was only 80m less than Heath Shaw.

I believe Joey the midfielder is dead. The risk factor lies in the Saints using him in this fantasy friendly role (think Luke Hodge) rather than a Mr Fixit.

I’m around the comments section a lot and I don’t think I’ve seen Joey’s name mentioned since he was stripped of DPP. As was the case with Lek’s write up on Mother Hibberd, the stats can sometimes surprise you. Montagna is shaping up as a very nice POD.

I don’t see Montagna bottoming out. If he’s underwhelming until his bye you can always side trade to whatever new rebound 50 specialist emerges.

HOW COGNITIVE BIAS IS DESTROYING YOUR SUPERCOACH CAREER – THIS AND STACKS MORE IN THE PROSPECTUS FOR THE SUPERCOACH ELITE. MORE HERE

For the first time in many years our backline isn’t a total dogs breakfast, but don’t think this means you can avoid putting in the hard yards of research.

Taking Joey into 2017 isn’t the worst move in my book. Pairing a Mr Reliable alongside a Docherty or Shaw may have merit. Assuming there isn’t a backline injury crisis I won’t be taking Joey in 2017, but if a some of the big gins start to fall over I will…

Great write up, Kev. I'll consider Joey, but I'm liking Docherty and Shaw (and probably Vince and Williams) a bit more at the moment. A lot will change pre round 1 so who knows. Cheers mate.

Thanks, Eric. Agree with you, few ahead of him at this stage of the preseason so he's probably a D4. Pricy at 538k

Great write up Kev! Better contested players at better prices for mine, will consider come bye time. Keep up the good work

Good article mate, Joey is in strong consideration for Lekdog's Puppies in 2017 but I do need to see how the Saints best 22 line up in the preseason before I can lock him in. Montagna is pretty affordable this year and I think he should at least replicate his 2016 season.

Cheers, Lek. Yeah, don't see him falling away just yet. Laird at 526k appeals more to me at the moment

Had him for plenty of last season. I went to the Saints Bombers game last year as one of my junior pies was playing little league. Joey was the only bloke in my team playing so I watched him close. He barely left the back 50 & was quite literally the general out of defence. He played the role pretty well. I knew his days in the midfield were done. I'd say he will do that again in 2017. But I'm absolutely certain he can be picked off much cheaper in 2017. I think I had him for most of those sub 80 scores & it did my head in. Still he's an upgrade target for me. Super job again Kev

What price would you consider picking him up at, Pie?

I had him last season as well. Never seemed to show up until the second term. SC scoring rarely gets behind guys who don't hit the ground running

He will throw in a turd & drop well under 500 Kev. I will have a look then. Playing the role he is he's not going to blow the roof off the joint & become too expensive either. His 150+ days disappeared with his mid time

I picked him up after the bye and boy he was all over the shop – k Simmo he is not.

Lots of options in Def joey down the pecking order

Good one kev. Been busy you r pumping out reviews.
Don't you know it is Jan hols? 🙂

Love my writing, Trigger. Did a few Journo units back in my uni days and nearly went down that path.

Agree with your thoughts on Joey. Not interested while others ahead of him are up and about

Ahh it shows mate.
I think the quality of reviews is the fact that you enjoy writing them myself included.

Had a bit of a play with team today might just go bang in Def and lock in the top 4.
Doc, Simmo, shaw and Adams.
If I drop a premo mid to swallow (run 6 premo not 7) easy adjustment.

Thanks for the efforts gentleman I look forward each day to reading a new article and get myself back into mode for an hour or so… Making this off-season manageable… Kudos to all the boys penning articles!

It was said when the team picker was released for gold members that the full launch for SuperCoach would be mid-Jan. 20th fits in with that.

Thanks Kev, much appreciated. 😉

Was selected in 7% of teams on the Team Reveal post – is the 5th available defender by average per game based on his 2016 average. Great write up Kev and what an outstanding preseason you've had mate. I did observe some uncharacteristic brain farts in Joey towards the end of last year.. just made me start to question him based on tooth length. Could be his last season of relevance folks!

Communities thoughts on Zac Williams please?
Is it possible he will overtake Shaw or increase his point scoring capacity this year or will he maintain his current output.

I'd be very surprised if he went past Shaw. But I'm wondering if Shaw & Williams could be like Doch & Simmo. I'm definitely interested in Zac

Very interested in Zac again this year. Had him all preseason last year only to jump off when he didn't line up round 1. Grabbed him in round 8 for 412k and was stoked with him. Only dropped under 80 once until the final few weeks where he served up 68, 79, and 55.

Nathan Wilson will have an interrupted preseason after surgery on both his hips and is unlikely for round one. Will have more responsibility in the back half now, especially if Heater draws a tag

Zac Williams will burst through the 90pt average this year. Watched his style of play last few games 2016 with thoughts on this year. This man can play the game. Lock.

Sorry to pinch your post Kev. I'm a Saints man, but just can't see Joey in my team.

Not a problem mate. Great to gauge the communities thoughts on a bloke.

Good job Kev , sitting at d3 for me at this stage as I'm not taking the punt on Adams . Think he can at least replicate his 2016 , I actually think now that he's made that role his own and gained some experience down back in that floating role he could push the average slightly higher .