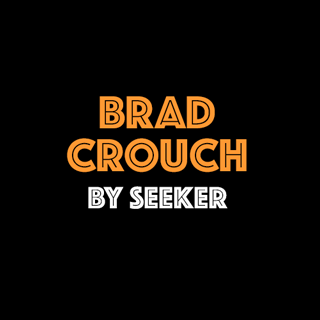 Brother in arms (just hope the Achilles holds up)

Brothers in footy! There’s been a long tradition of brothers playing together and against each other over the years. There were the Madden, Jarman, Krakeour and Wakelin brothers, just to mention a few.

Tony Wilson, author and former Hawthorn reserves player recently release a kid’s book about the four Selwood brothers (Joel, Scott, Adam and Zeppo). It’s called ‘The Selwood Boys: Battle Royale’. I’ve not read it but I assume it covers their SuperCoach relevance: contested possessions, Free kick tallies etc. and you can colour in the pictures, too.

Speaking of brothers, let’s look at Brad Crouch. If Tony were to write about Adelaide’s Crouch brothers, I wonder what it would be titled? ‘The Crouch boys and the Inexplicable Injuries’ or ‘The Crouch boys: Sub Vests are SuperCoach Death’, perhaps?  Both Crouch boys have yet to fulfil the absolute potential, Brad Crouch in particular.

Brad has never played more than 14 games in a season since beginning on 2013. In fact, he didn’t play at all in 2015 after a foot injury in the first quarter of the final pre-season challenge game. In 2016 there was much debate as to the selection of both or either Crouch brother. Brad was given a substantial injury discount to his starting price and he started the season, playing rounds 1 & 2 before doing a hammy and was nursed back via the SANFL, only to play two more games before being omitted. The Brad Crouch selection experiment for 2016 seemed a bust. That is unless you somehow saw through the injury and form issues and selected him as part of your bye strategy.

Things turned around after the bye. Brad played all remaining matches as well as Adelaide’s two finals appearances for 2016. It was in this period that we saw the heady potential that this boy could produce. In the final 10 H&A games he averaged 96.1. Drop out the 54 he scored in round 22 and his average was 100.7. During that time he played right in the guts and seemed to thrive.

In the 2017 season, he is direly required to perform as an inside mid. He will get his chance, along with his brother Matt, with further changes to the Adelaide midfield occurring, particularly the departure of Lyons and the decline of Thompson.

Brad is so awkwardly priced at $471,400. As a midfield-only player that price makes him a relatively expensive midpricer. Do you use him as a stepping stone to a uber premo or do you hope he breaks the injury shackles and pushes towards or over the $600k barrier and becomes the premo we all hope he’d become? It’s too soon to know.  However, if he has a strong pre-season and impresses in the challenge games he will be seriously considered by many coaches out there as a potentially cheap keeper for M8-M9 positions.

There is much to like about Brad Crouch IF he can stay fit. He could easily reach his full potential and the sky’s the limit. He is awkwardly priced, too at $471,400. Pearce Hanley at his new club is only $200 more expensive and other similarly priced players include Armitage and Josh Kelly. However if he plays each week, improves his kick-to-handball ratio and kicks a few more goals (none of which are impossible for this lad), he could be a high risk/reward selection.

HE’S A WILL CONSIDER

Boy did he burn a few people last season. I'd be certain many have him in the never again basket. Unlikely for me given beams Murphy swallow & JOM are all cheaper. And just as risky with injury. Back to back Seeker. Fantastic work

Really appreciate the positive feedback INP! If fit I'll be taking Swallow at $280k over B Crouch or even JOM.

Agree with pieman on all counts. Especially the write up. Stella work Seeker – if that is your real name…..

What a talented bunch we are!

Numbers aside, his injury history is the biggest turn off for me. If he can manage 20+ games this year I'll look at him in 2018

With you here Kev, burnt me bad last year. Undoubted talent but need to see him deliver for a full season before I'd consider starting with him amd much better value elsewhere in the mids for 2017.

Agree with Kev 100%. Talent abound but his body seems only good for the short term. Firm pass. Great writeup Seeker!

Nice to have both the Crouching boys articles out together, (the quality keeps coming).
Big no on both from me tho.
Bloody hot, click ahh.

I'm still considering him. As long as he doesn't get hurt between now and the start of the season.

I'm keeping Brad Crouch and Libba in an ultimate footy keeper league and here's why: look at their insane stats from 2014. 2016 was always gunna be write off cos they'd spent 12 months out of the game. U don't just come back in and dominate after that much time out. Now having had 2016 to 'warm up', i'd expect them both to get back to their 2014 stats. Yes i know… health pending.

The truth we seek

Truth: started him over libba last year looking to save some cash oops won't be doing that again. Swallow may get a look on based on price tag.

Just a question: Brad seems to be earmarked as the one with the higher ceiling, but Matt's stats stack up well for his TOG, which could increase from around the 70% mark in 2016.
Is awkardly priced, but just found it interesting that Matt's progression seems just as good but he isn't discussed as much. (Disclaimer: Haven't seen him play a lot.)

Brad was touted as the superior brother, but Matthew's stats have him ahead of Brad, and presently outshining him in development. It will be Interesting to see how they rate against each other If they both have full, uninterrupted seasons

Excellent write up, by the way.