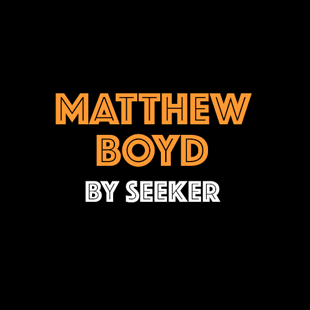 Matty Boyd, nobody’s bunny and not too long in the tooth.

Rabbits, rodents and even wombats all have teeth that continue growing throughout their lives. I believe Higgo once mentioned on an early podcast that Rodent is Latin for “to gnaw”. Anyway, in order to maintain their dentures they have to constantly gnaw on fibrous plants. However, over time as the critters get older, they chew less and their incisors continue growing. The older animals get ‘long-in-the-tooth’, and that’s the origin of that saying.

As footy players get older, they tend to slow down and score less fantasy points as a result, when we are looking to select our starting teams, the community generally rule a line these players that are ‘long of tooth’. However there are a handful of exceptions and by all accounts, Matthew Boyd is one of those ridiculously old footy players that are still SuperCoach relevant, especially as a defensive Premo keeper.

Matthew Boyd will be 35 in August 2017. He debuted mid-2003 as a young inside midfielder. However, in Bevo’s first year as coach,  2015, Boyd was move permanently into Defence and used extensively as a loose running half-back, with plenty of licence. He is an innate competitor that continued to be found at the bottom of the pack gaining precious contested possessions. It was a bit of a reinvention that saw his average climb back up from 98 in 2014 to 103 in 2015. Boyd’s form consolidated in 2016 where he was the only mainstay in the Bulldog’s defence while teammates fell to injury all around him. So much so, he was named in the AFL All Australian team for 2016.

Coming off the miraculous 2016 Premiership, Boyd at 34 and without a contract for 2017 could have easily pulled the pin on his illustrious career and everyone would have wished him a happy retirement. Instead, he signed a one year contract. Some, including myself questioned his decision to play on until I saw this tweet from the Dogs just before Xmas. The 34 year old, 5 days from Xmas giving 100%.

The 5️⃣ empties the tank on his final leg of the @wattbike relay. #trainingcamp #bemorebulldog pic.twitter.com/3W0bqDsrLt

Despite his impressive stats and history, at 34 you have to consider just how effective he will be. And, with his age and the drive for the Bulldogs to sustain successful momentum, we have to consider changes to his role and that he will be transitioning out of the team into retirement at the end of 2017…probably.

There’s really only one selection strategy for Matthew Boyd. He’s the 4th most expensive defender in 2017, costing more than Rance, Montagna or Laird. Furthermore, he’s only $15k cheaper than the over quality defensive veteran Kade Simpson. However, add these names along with Docherty and Shaw, and there is every likelihood of sameness in many people’s defensive structures in 2017. So, Boyd becomes a standout keeper POD selection with little extra risk than any of the other expensive keeper defensive Premos.

It all comes down defensive structures, do you risk taking an old expensive POD like Boyd over a Rance? Boyd is no lock by any means but like the bunny or the wombat it appears that Matthew Boyd is still gnawing away to keep himself part of the Bulldogs premiership defence in 2017.

Ripping debut Seeker! Get around him on twitter: @seekersupacoach

Welcome, seeker. I loved that.

Boyd firmly on my radar. Final call will probably be a bye structure thing.

Totally agree Kev. Currently the Bye and whether Laird plays more of a mid role probably all that's keeping Boyd out for me right now.

It's a no from me. He's been a lock for me for most of the last 5 years though Going with the sideburns king from the doggies instead.

Ripper seeker. Fond memories of this bloke from 2016. He got off to a slow start for the season & when owners were offloading him I picked him up for 490. And it was one hell of a bargain. I don't care how old he is, he's a gun & highly SC relevant. I'll be keeping a close eye on him again in 2017

Hi INP, yeah he dropped in price just as Sir Bob Murphy did his knee and a few brave souls jumped straight across, many others went for JJ who then did his hammy. He won't make any money but won't drip cash like other defence premos did last year

Bob murph is probably the reason I won't start him. See how that effects him. Kudos again seeker. Debut century for sure

I most likely won't start him but keen to pick him up at some stage in the season as I did last year when Suckling went down.
The old boy still has it but just a little overpriced for starters but none the less a good safe option

Great competitor. My concern is the dogs have a few up and coming players they need to get games into. Williams, Webb, Rourke Smith, Lynch plus a few more are all highly rated and ready for more game time. I suspect we might start to see Matt Boyd and Bob Murphy rested a bit more.

That's one of my main concerns too

On the watch list as an upgrade target after his bye – too many good options in defence to start with him imo.

Nice intro! He's a no for me. Just not my premo back – nothing against the bloke. Legend. But at that price at his age the risk reward equation leans the wrong way for me.

Very nice seeker , well said . All the arguments you make for him are right . But the tooth is getting a little long for mine and jj and murphy ( if both stay fit ) may affect his scores .

Cracking debut here seek – and what a brilliant reflection on teeth length you've provided. My biggest worry with Matty isn't as much his length of comper – more the impact on his role with bob and adams back in the mix. Those blokes going down absolutely boosted his average due to the role change. Throw into the mix Williams, Webb, Rourke Smith and co – the young blokes they'll rotate through there as North mentions above and it has me worried. Wonderful write up mate!!!

Thanks for the praise. I agreed Jock, he is a strongly consider type but he is still behind several others, still someone with massive plums might start him and reap the reward…

Shared! Shared! This is AWESOME stuff man! Thank you!

Projected to be at sub 500k post bye. Averaged 115+ across the 2 seasons prior to this one. One of the more durable players in the competition. A cheap M8 - Is he on your radar? #SuperCoach

Option A)
OUT: Martin, Stephens, Steele
IN: Petracca, Dawson, Clark

Option B is riskier as it’s entirely dependent on Smith gaining FWD eligibility in R12.

I’m keen on him this week as an upgrade option and still at a decent price. Thoughts?
#SuperCoach