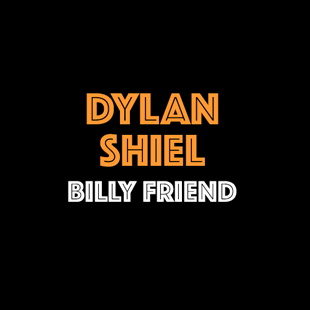 The GWS have a plethora of quality midfielders; Ward, Coniglio, Griffen, Scully, Whitfield and Kelly are emerging to challenge the status of the best midfield in the competition.

All of these players are genuine guns of the competition, but quite frankly, none are good enough for our SuperCoach sides. However, there remains one, who is the best of the lot, and he’s worth a sneaky consideration. His name is Dylan Shiel.

The great Wayne Carey wrote last year that “like Ablett and Port’s Robbie Gray, Shiel’s ball-winning ability and the way he uses the footy are top notch… Shiel will be a big reason why GWS become a genuine flag contender over the next few years.”

Wait, did I just use the Duck as a credible source? Sorry about that community, moving on…

Dylan Shiel oozes class and is the current game’s version of Chris Judd. I’m sure very little here at the community doubt that this bloke is an absolute gun and will dominate the competition for years to come, but why would we pick him in our 22 man first SupeCoach team?

Put simply, Shiel is on the verge of a breakout year. This man is NOT the sort of bloke that will average around the 100 mark for the rest of his career, he’s simply too good. He turns 24 at the start of the season which is the prime age for a midfielder to assert his SuperCoach dominance and will only improve as the Giants look to become an AFL powerhouse. He will lead the charge as the ageing Deledio and Griffen spend time around the wing, forward pockets and back pockets and announce himself as the Giants’ premier inside midfielder.

This leads into another key consideration when picking Shiel; the rise of Stephen Coniglio. Coniglio well and truly had a breakout season and stole the fantasy limelight from Dylan in 2016. With the Italian stallion leading the GWS midfield, it seemed as if Shiel was happy to sit back and collect 25 touches, not really impact the match and just cruise to a 90 odd way too many times. Unlike the year before, Shiel lost his ability to hunt after the ball and deliver it inside fifty, he also was down on goals and score involvements. However, coming into 2017, Shiel holds an advantage over Conilgion in that he is a superior talent and will help his team if he has the ball more often than Steeeeeeve. He has a piercing left food and explodes out of packs, so Leon Cameron won’t be satisfied if Shiel doesn’t have a bigger impact on games this coming season.

Sit back, relax and watch the best of Dylan Shiel’s 2016 AFL​ season.

Selecting Shiel will become your team’s biggest headache if he doesn’t breakout and he remains to meander around the mediocre mark. Although I believe Shiel had a poor season last year, that might just be him fulfilling his role for the team and he and the coaching staff might be satisfied with that level of output. I truly believe Shiel will improve this coming season, but will it be enough to justify going in with out a Pendles or a Hanners or a Treloar?

Mark my words, Shiel will become one of the competition’s best midfielders and will probably win a Brownlow one day. I am as confident as anything of his footballing ability, but I worry that he won’t be able to match it with the big boys. For that price, he is too much of a risk in 2017.

You can say OY to Billy on the Twitter: @billyfriend25

Nice one Billy an enjoyable read on a lovely Wednesday afternoon sitting here watching some of the known grandkids play in an inflatable pool in the backyard. Incredible bloody thing – inflatable corner chairs and everything. A great reminder of mans ability to innovate.

Dylan Shiel. Know him well. Grew up down this way. I've always told him to lay off the bloody weights – he's become as thick as a bloody fridge. I'd like to see him back off on the body conditioning and focussing on covering more ground. Could well step it up a cog this year – don't forget he's only ever had one and a half reasonable preseasons in his time. With a full preseason and a slight reduction in body mass I'll consider him.

I'd be interested to know his time on ground percentage. Seems to spend a lot of time sitting on the pine. I think that's a big reason he does't go past 120. Obviously his tank is a problem. I agree with your No verdict Billy. Better options for mine

Butcher of the ball
Guest
Reply to  Jock

Says a lot, No for me also.

I N Pieman
Guest
Reply to  I N Pieman

Jock at the start of Billy's article it mentions a list of quality midfielders. It appears Griffens name has been accidentally added. You should get that removed mate

Was carrying an injury for most of the year , would probably explain why he had low tog , knee first then groin troubled him , any one have his tog 2015 ?
If he can get mid 80s game time would be veeeeeery relevant

No doubt Bont if he could get 85% plus he'd be unders. Your only going to know that when the season starts. Perhaps a corrective is the way to go

Agreed pie , really like the way he goes about it , kids a jet

#EngineRoom
Guest
Reply to  The Bont

I really hope u do pick Dylan Shiel. keep clutching at the 1st 8 games on 2015 season… isn't the calibre of the #EngineRoom even with this pre season u have jabbering on about at work, still only 75% time on ground when he had a pre season in 2015. he doesn't have the gut running that the #EngineRoom has, and lacks the disposal eff%. #EngineRoom will be the Giants Premo mid come seasons end. if u don't start with him, it will be too late my friend, and my god, im going to be quite intolerable about it lol #HugsAnKisses

The Bont
Guest
Reply to  #EngineRoom

Hahaha one good season for the 'engine room' and you're all over him , has he ever averaged 100 before this ?? Will they keep him in the same role ?? Will he tag again ?? Was it a fluke??
Soooo many questions #engineroom… #sheep #everyonesonhim #notapodanymore #goodluck #allanoutrank

#EngineRoom
Guest
Reply to  The Bont

hahahaha had a great whole season, unlike ur boy Shiel who did it for 8 games. Shiel is similar to Port. both are bein judged on their hotstreak from a couple yrs ago, but at the end of the day, they just aren't up to elite status… #GreaterWesternConglio #Ave28TouchesEvenWhenTagging #CanRunAllDay #RunConiglioRun

Probably the best "value pick" of all the miss but I think I'll seek my value around the byes when certain proven premos are likely to be at their cheapest, aka JPK and Patty Cripps

Butcher of the ball
Guest
Reply to  Steeeve

Yep trade in to Round 11 bye players.

Jack Viney in a similar boat to Dylan Shiel.
Around the same age, same price and Viney doesn't have the same quality around him to steal precious points.
If i had to choose 1 it would be Viney but both should score around 103-108.

I N Pieman
Guest
Reply to  Butcher of the ball

Agree with you butcher on beams & Murphy. Also swallow is half his price & capable of similar output

I had him all last season and he dud my nut in. Passsssss. Of course now he will become the best player in the comp.

Same here. Tossed up between him and Coniglio and went Shiel as a starter. I will reverse that this year and Shiel will smash it…

Oh and bang on Billy. Nailed it.

I think Shield's SD (absolute and relative to average) was the lowest in the top 100 scorers in 2016 (Wines and Macrae also around the same mark) and with his lower TOG (hadn't realized it was that low) that is quite interesting.

Just personally feel there's too much competition for points in GWS' midfield to have enough confidence to go with any one of them.

Thanks for all these writeups, by the way, they're really a great mirror slipper in addition to one's own spreadsheets.

Frogger! We were pissing ourselves at some of your tweets over Christmas mate – thanks very much for those! Wayno was especially proud of his one, he won't shut up about it!!

Did one on Crouching the other day, too, hope he liked it.

Love the preseason poll results: For mine, on points vs TOG Rocky is a standout, Barry Mitchell-Son almost across the line and Marc Murphy on the watch list based on columnar spreadsheet analysis paralytics.

Bit surprised by the popularity of Taylor Adams and not that interested in Heeney. Great read all around

Thanks Billy but I don't share your enthusiasm for Shiel, What concerns me about Dylan is his eggshell like fragility and the fact that despite increasing his ave disposals, and marks over his 2015 levels his 2016 SC score actually dropped. A games p/year record of, 12, 21, 17, 14, and 21 plus the fact that Coniglio scored 133 more SC points from the same number of games as shiel in 2016 sort of identifies shiel as being far from the best starting midfield option from GWS for 2017.

I had ol mate dylan last year in my team as i thought he was due to breakout and step it up a notch.
Naturally when u have someone in your SC team you tend to watch them more closely than others.
Why he was good he wasn't great. He could rack up the pill at will esp on the outside and loves hitting a fwd lace out but then would spend chunks of time on the bench each qtr.
Esp against weaker teams in the second half it would almost be like well my work here is done will put the feet up, chill and cruise to a win.
No doubt he is and will be a gun but as i have said i'm not going with any GWS mids this year as i think they will take points off each other there are just so damn many of them and yes one will win the brownlow one day.

It was his lack of mins last year that worries me about Shiel, was like he was being managed the whole year and why his sc scores suffered. I'm thinking it will be much the same this season….. Very unlikely for me.
Nice write up Billy.

Shiel was a nightmare to own last year. Never smashed out big tons, while others did (Parker). He never did poorly enough to trade him out, was not really stepping stone material, not really a burn man or a roller-coaster either. Who'd have though there'd be so much stress from a guy that gave 12 x 100+ scores and only 1 x sub 80 score..

So not for me this year…