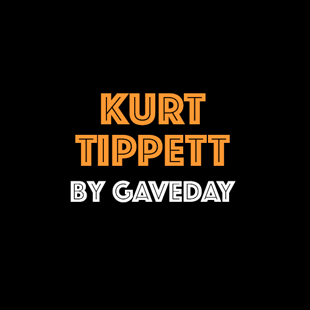 Still hasn’t won a flag, but can he win you one?

I remember watching a young Kurt Tippett kick a goal from the boundary line, sitting on 50, posh AFL members side, against the pies in the semi final of 2009.
It was a drop punt, I think I saw a halo and went it straight through the middle, might’ve even given the Crows the lead too. But as great as his aim was that night, his quest to return home to the land of XXXX, was about as dubious as I’ve seen, landing at Sydney, bypassing the basket case QFL mob and calling premiership fancies the Swans “home”. XXXX Indeed.
Since then he’s been paid those Bondi dollars while averaging in the 80’s SuperCoach wise, occasionally pumping out a 140 and giving some lucky bastard a number one weekly rank in the process.
Last year he piqued our interest with DPP eligibility but ultimately he got injured, cost me SuperCoach glory and he went on to have another mad Monday in October.
Deservedly so in my book.

His numbers last season are classic Jekyll and Hyde, a low 56 and a high of 141, like me trolleyed playing darts – anything is possible. But I guess you’d expect fluctuations when you change positions. He did warm to the task of ruck duties and between rd6 and rd12 he churned out 5 tons before tearing his hamstrings and subsequently scoring a paltry 59. If you’re keen on Tippett – there’s your bait.
Tactically it’s curious that the 2 teams in last season’s granny both made it there with non traditional ruck-men. So maybe, just maybe, he’ll get better, average over a 100 for the first time ever and play out the season for the first time since 2010. To do that however he’ll not only need to be more consistent in the ruck but also rest up forward and kick a few to score anywhere near where we’d like to see.

You’re Kurt Tippett… Or you’re mad and you want the ultimate POD.  In picking him you’d have to believe he’ll come good and the “no 3rd man up” rule will see him flourish going +100 more often than not.

Don’t get sucked in community! It doesn’t matter where he plays. Even if he belts out 130+ in the first 3, avoid. Judge him on a sample size of no less than 6-8 games. History suggests he’ll bone you given time, whether that be through a sub 60 (yes SIXTY) or an injury, he’s your classic burn man. And priced at 480k? Why do it to yourself?

I like how the only option to vote is No! Haha!
But honestly this was a tough write up, I could've just as easily written "shit sandwich" and left it at that.

Happy New Year to you as well Gaveo! You took on a tough assignment and you absolutely creamed her out of the park old mate.

Agreed Jock. Sound advice to the newcomers to the game

A happy New Year to you an yours Pie!

Happy new year to you to old mate. We must catch up for a jars

Classic Poll. Guess it's a no then…? Hey Gaveday, would you be tempted if he was dpp again?

Yeah I would – probably would've been a likely starter in that case. Cause I'm a sucker for punishment!

He's shithouse in big games & ordinary in the rest. An overpaid spud of the highest caliber

Ahh the old Bondi billionaire , not in a billion years tippo

Hilarious! And spot on. Tremendous way to end up a shithouse 2016. Well done, Gaveday. And happy New Year to you as well, my man.

I guess I'm in the majority and voted no. Classic touch that.

Not touching either of the bondi millionaire

Gr8 way to end the year, bang on gave.

Happy new year to all and sundry..party on …..

Happy new year all y'all

And thanks for the kudos fellas. I've been a bit absent recently in the comments due to Xmas and kids Etc…. but I've been catch up reading the community articles and we've compiled something great I feel. So many good arictles!

Well done to all and happy new year!