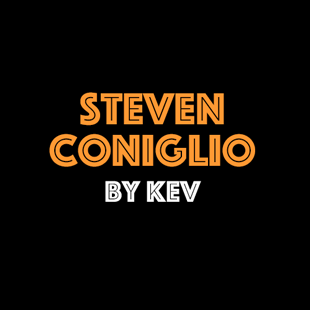 Cripps is down, how about this young gun instead?

Another one on the seemingly endless production of young talent to come from the GWS midfield brigade, Stephen Coniglio had a career-best year in 2016, surprisingly as a run-with midfielder.

He doubled his amount of fantasy tons from 2015, lifted his average possession amount to 28, laid 5.5 tackles and 5.6 clearances per game all while performing some massive jobs on the stars of our game.

He was the guy responsible for keeping a certain bloke called Patrick Dangerfield to 23 touches and 77 SC points in round 1. He held his own against Pendles and The Bont. Smashed Sam Mitchell in all the major statistical categories when they met in round 7, even keeping joint 2012 Brownlow Medalist Trent Cotchin (that will never sit right to me. Handy pub trivia knowledge down the track) to stuff all influence in round 21 (not that difficult, but Coniglio still bent him over his knee). Not only can he shut these guys down, he backs himself to win against them offensively,

At 24 he’s smack bang in that glorious age bracket where midfielders make a name for themselves for fantasy years to come, if Coniglio can start hitting the scoreboard he will push beyond a 115 average in 2017. The only problem here is whether you can fit him or not?

He’s firmly entrenched in GWS’s best 22, but seriously the GWS reserve team would line up bloody well against a lot of AFL sides. Even a slight dip in form could see him spend a week or two in the NEAFL and made to earn back his spot. He’s never managed a full season in his 5 years at the club.

Those sub 80 scores are a concern as well. Two of those were 66 against the Cats in round 11 and 62 against North in round 23

At the very least I reckon Coniglio will hold his price and become someone you could sideways trade around the byes if he doesn’t push on. In round 19 his average was 109.8, his last month of footy wasn’t great however, averaging only 89 which pushed his season average down by 4 points. Potentially 20-25K underpriced heading into the season.

There are so many midfield guns to fit in a select few spots so it comes down to personal choice. There is enough there to make a case against him, but if you pick against the blokes at a similar price range you’ll undoubtably find similar cases against them. A lot of talk already about Bont, Cripps, Neale etc, if you’re after a POD then Stephen Coniglio is your man.

I chose Shiels over coniglio last year and reckon I'm on board for coniglio this year. Looks a more likely type to me, but both will average high. Both likely PODS too as you point out.
Great write up Kev.

Cheers, Gaveday. Shiel is another gws mid that I like. Only dropped under 80 once, but none of his 12 tons were over 120. Needs to show he can kick on and score some monsters

Really like this one Kev, he is underpriced heading in to 2017 and I would say a very good chance to average over 110+. I can see many people not selecting this bloke in fear of the fact there are so many GWS midfielders and only so many points to go around, but he's there number 1 in my mind and an absolute bull

Firming as a starter in my side, Nick. Sure they bat deep in the guts but what premiership contending side doesn't?

Your on the money stirlsy! Bang

Contending being the key word here, Stirsly! Haha. Bucks would move Danger to half back given the chance

Shiel still tempts me at that cheaper price. At this stage I'll probably pass on both but keep a watchful eye on them as the season progresses. That midfield is just so deep, they're going to share the points (although that's what we thought about the Swans).

Good write up mate.
Personally cannot see where Coniglio is going to make up the points to get himself anywhere near the 115 mark.
Think he just had his break out and still only managed 105.
Don't think he has the improvement left in his game after such an outstanding year.

G'day Daizy. If he can clean up his d.e% a bit and hit the scoreboard a bit more he'll eek out a few more points. Natural progression too. 24 years of age in a top 4 side. It's definitely not beyond him imo

Great write up Kev
More expensive than the great man bun wow.
I think if I was going to go someone different it would be a titchell or a sloane although steve has plenty Of upside, main thing stoppIng me is his stopping role. It's a changing world and taggers now find plenty of the ball , but not enough to push that 110-115ave

Mighty solid case you've mounted here Kev. Well done mate. This calls for cans & think time. Only so many of these blokes we can fit in. High in consideration

The only reason not to pick young Steve is GWS got like a go zillion 1st round picks. And most of those can run through the midfield. Swans have about 4 GWS 14. So one will take points off the other. One will go big each week but won't be the same bloke. For this reason only won't be picking any GWS mids to start but the guy is a gun.
nice one kev.

Spot on Kev he's an absolute diamond. I don't subscribe to the daft opinion that there are 'too many others to take points off him' newsflash fellas he's still in the same team that he was in last year he's just fitter, faster, stronger and a whole lot smarter after spending a season running with the best mids in the game. Watch JLT Cogs wont be in a run with role in 2017 he's the reason that GWS gifted treloar to the pies.

Hardly gifted wombat. The final price for Treloar was consecutive pick 7's in the draft. They traded pick 7 up to pick 2 this year. So they got Hopper last year & Taranto in exchange for Treloar. Pretty reasonable

It's an opinion. This is what this forum is for. Whether it is daft or not time will tell.
Surely all the other GWS mids who get a regular game will also be fitter, faster , stronger and smarter not to mention those on the fringe waiting for an opportunity?
In My opinion Steve will go 105-110 so is priced about what I think he will average.

Great write up Kev. The problem I have is choice at the moment. Cogniglio, Bontempelli , Fyfe, pick two. What a dilemma to have.

One of the better problems to have in SuperCoach! Bont, Fyfe. Already plenty of chatter about them being absolute locks. Coniglio brings a touch of pod

Bont is not a lock. He was gaining 15-20 points per game from third man up hit to advantage . Still he's a hell of player

Interesting stat that, Pie. Would love to see a list of hitouts from players who aren't ruckman

Yep. Blicavs Fyfe & Bont will be the most impacted

There is no way he was averaging 3-4 HTA per game, surely??

For me the pod selections should be picked in the forward line this season. After starting Griffen and shiel the past two seasons, I am going for a tried and true midfield to get me off to a good start and so I can focus on my other lines.
Danger, pendlebury, ablett/treloar, rockliff and fyfe. l think they will all be in top 6 mids if they remain injury free.

Good write up Kev. Coniglio looks like he will be a good pick for those who pick him, however I cant justify picking him when there are players such as Fyfe and Priddis around the same price bracket.

Fair enough mate. We can discuss these 550-600k blokes till the cows come home. Comes down to a bit of personal preference

Nice wrote up Kev, traded Cogs in after the byes last year as a POD and he definitely had an impact although I was fortunate in that I could loophole him with Dalhaus etc which was a lifesaver in that final round when he turded a 62 which would have lost me 1 of my finals.

After having him last year I'm just not convinced about his consistency, 8 sub 100 and 4 sub 80s are not what you want from a starting premo mid and given the plethora of fallen mid-premos to pick who are likely to average same/more and are available significantly cheaper such as Heppell, Beams and even Smurf, I just can't see him in my starting line up for rd 1.

If he gets more freedom though and improves his stats and consistency definitely a viable upgrade target as he'll still likely be a pod unless he smashes it into ultra-premoland in which case most will have to bring him in anyway. Nice food for thought mate on a genuine pod, cheers.

Exquisite writeup, Kev! As a GWS supporter who is always looking for a reason to slot one of the boys in, my experience is that one must avoid the GWS midfield. Talent overload. Which means seatbelt required, as they will give you quite a ride. Expect more than a few sub 80s. And in my humble opinion those who cost $550K shouldn't go more than twice under 80. And while Cogs is one of my fav GWS, he will be admire on the field and not grace the TF guernsey this season.

Fair enough, Throtts. He had those two rotten scores as mentioned. Other sub-80's were from tagging Danger (78) and a 75 from 30 touches against the Pies.

I traded in Coniglio during the mid-season byes. Trade of the year!! He's as safe as a church! Just behind my decision to trade in Rooey for Robinson for the last round of the season. 191 reasons to be happy with that one.

Me putting the Captain on Clarry this week and expecting him to actually score 198….