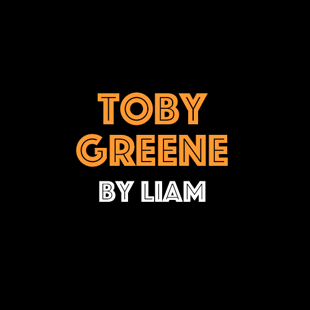 Is there another twist in the curious case of Tobias Greene?

Once a prolific midfielder, although we can now consider Greene as a forward, and a pretty handy one too as that roaming half forward that regularly hits the scoreboard.

At some point in his career, we have either loved or hated him from a Supercoach perspective. He’s been a constant tease because we all know what he can do, however role changes and indifferent progression have slowed him to some extent. He has at least found his role in the current GWS line up, who will surely contend for the premiership in 2017.

Going back to Greene’s first season in 2012, he was one of the best cash cows in that extremely young side averaging a very nice 94.6 and looked like that ‘see ball, get ball’ type of player. The next season he was forced to run with players and focus more on the defensive side of his game, with a putrid 73.2 average.

In 2015 and 2016, he has turned into more of a permanent forward with averages of 83 and 90.4 respectively which shows he hasn’t completely flourished into a Supercoach beast we thought he would be.

He certainly disappointed those who selected him in 2015 hoping he would take the next step but couldn’t carry that momentum of scores in the second half of 2014.

As you can see, his whole career is very up and down, which mirrors the scores we saw him achieve during the 2016 season. What does 2017 have in store for Tobias?

As we are all aware, the loss of many trustworthy forward options including Merrett, Dusty and Zorko makes picking premos in the forward line very tricky. This does increase Greene’s chances of finding a starting spot in round one Supercoach teams.

These are the key questions we must ask ourselves before selecting Greene.

Greene must be a premo FWD selection. Any average 90+, especially in our forward lines this year, is acceptable which is what he produced last season.

There are many factors to take into consideration when looking at selecting Greene in 2017.

With the limited forward line options, next season he should move up the pecking order as a starting selection. However, given the rollercoaster scores he can produce playing that forward role coupled with little midfield minutes, it means he isn’t necessarily a lock but still take the time to evaluate him as an option.

Jeez Liam I just dunno if I can bring myself to pick him after last year. Unlikely at this stage, cheers mate.

Interesting choice, Tobias. Looking to save some coin in the forward line to start with. Should have no problem with a 90 average.

That said, I have no scars from his efforts last year. Maybe I'm a bit optimistic about him. Nice stuff, Liam

Butcher of the ball
Guest
Reply to  Natep

If this guy is what we are sifting through, I'm seriously considering converting my forward line into a nursery next year.

Let the All Australian selectors pick him. You don't want to.

had him last year his avg inc some big scores early that were due to midtime, i wont be getting him in 2017 unless NAB cup shows me high mid time

Never ever again. More than just a burn man, a head doer.

Too many sub 80 games that would leave you in the foetal position at that price. I saw a lot of pain & suffering of tortured owners last season. I'd much rather role the dice on Heeney. Cheers for the write up Liam

Hmmm nice write up Liam but that's where my positivity on one Mr Tobias Greene ends. Can't go through the same pain experienced last year with him, harvests way too many spuds and has little chance of getting mid time in the ever improving GWS team which can be clearly shown in terms of impact by the fact that he achieved his most disposals in a season in his debut year as an 18yo, essentially as the teams all-round abilities have improved Tobys output has generally suffered. Having said all of that though he is a legitimate option due to the crap that we have left to pick from and the fact that the Giants should be genuine contenders could see his numbers improve even if only given forward time so who knows! Can't see him in my starting line-up at this stage though.

Not Toby. That is the answer.

No rain on the radar but it has not stopped raining all morning.... #supercoach #BBL10