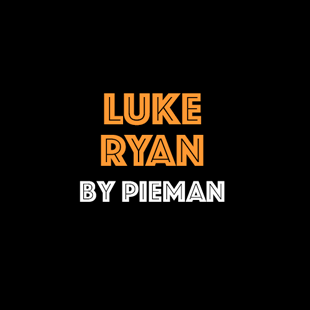 I give you “Luke Ryan the intercept king from Coburg”

Coburg has been a happy hunting ground in recent times for us SC rookie lovers. In most recent years they have given us Adam Saad & Michael Hartley. And now we have another beast to salivate over.

Ryan spent the last preseason with the Bombers VFL squad but he was cut for his “lack of contested possession”. And boy did he make them pay.  Coburg was quick to pounce, & Ryan did not disappoint.

He was asked to earn his spot in the senior side. After 2 games in the reserves that he tore to shreds he was called up.

His VFL debut game against the Box Hill Hawks was staggering. He racked up 30 touches with 12 marks of which 7 were intercepted & 5 contested. 23 of those touches were kicks & 10 rebound 50’s. He also recorded 87% DE. That’s one hell of a game & it was in a loss.

What did eventually stop Ryan was injury. He only played 10 games for the season. But that was enough to have only the Giants & the Blues not rock up at his doorstep looking for his signature. One recruiter said he was easily the best player in any of the VFL SANFL or WAFL. Not surprisingly he won the VFL rising star award & a spot on Freo’s list.

The above numbers don’t do a proper justice to how fine Ryan’s season was. Peter German the Coburg coach realised quickly he had an intercept/rebounding gun on his hands & started experimenting him in other positions. He even played as a 3rd forward.

As the season evolved, Ryan received a licence to run. It was his game against Werribee that pleased German most.

“You couldn’t get the ball past Luke that day,” German said.

“I watched the game back from the behind-the-goal vision, and predominantly watched him.

“His decision-making to know when to drop off at the right time and to get to the ball and set up re-entry and scoring attack was (impressive).

“To me he was so coachable. The more we gave him, the more he showed.”

Most mature age players come though via the rookie list. But that’s not the case here. He was picked up by Freo with pick 66 in the national draft. It came as a surprise to many he lasted that long. But as I have already stated this was a ball tearer of a draft. Quality everywhere you look.

Ryan’s greatest strength is reading the play. He can judge ball movement & make the right decision as to stay on his man or peel off.

If he does get a gig then he is a rookie you could have some faith putting on the ground. He obviously has a game conducive to SC scoring.

Injuries & Ross Lyin. A broken collarbone & ankle injury ended his season. So he is susceptible to injury. And Ross Lyin is an ass clown. A bloody fantastic Christmas gift for the Community Pieman! Ripping write up.

Baahhaaaa verdict of the season Pie! This. Kid. Is. A. Gun. Watched him many times in person last season and he's ready. Ripping write up old son.

I know you Higgo & crouching were at his debut game & left searching for emergency trousers! Thanks mate. Let's hope he can be as good as the previous pick 66 which is your mate Sam Menegola

Merry Christmas jock and crew don't get to drunk over Christmas or do. Have a great time and look forward to reading all your articles next year. They are awesome thanks heaps

STELLAR. This is like eating a great cheeseburger with a Blanton's neat chased with a creamy pint of Boddington's. Just delicious every top to bottom, Pieman. Like I said, don't get to see these rooks much from my Big Apple perch so getting the lowdown on a MAJOR rookie talent is why I love this community. Can't wait to see him play in the big leagues.

No worries my favourite foreign correspondent. Really hope this blokes makes it big & smears turd in the face of the VFL bombers who kicked him to the curb. Would be a hell of a story

Pulitzer worthy for sure. See the stage presentation of this tale being a hit in Perth and Melbourne. Maybe even play big in Emu Park!

I've been spending a bit of time looking into the draft. I had read Luke was one to watch but those numbers are super arousing. Why was he overlooked as an 18 year old?

Pretty simple here. If he lines up round 1 he's in my team

I know he left the Calder cannons as a 19 year old to play local footy Kev. So he hasn't come through the conventional way. But talent is talent & he kept professing rapidly. If he lines up round 1 he's probably first rookie picked

Thanks Nick. It's just the Ross factor that has me a little nervous

Very Nice pie locked in at d6 currently and that's where he'll stay barring injury . Has the ability to go big with those intercept contested grabs , only Ross can stuff this bloke up .

The Ross factor can't be overlooked Bont. Would anyone be surprised if he scored tonnes in the first 2 rounds & then Ross dropped him for absolutely no reason at all. hes a prick

You r the WALRUS!

Car owner or not you r the WALRUS.

Based on this bit of Intel if named Rd one starting on the field in the back line.

I guess ill just have to put up with the Ross Lyin factor worth the risk.

If he lines up round 1 he's an onfield rookie. Cheers Trigger. You might find there's some other good defender rookies as well (mature age) hint: go have a look at who the cats picked up in the draft

In a young rebuilding backline he's a walk up starter I reckon. Like INP said using a live pick for a mature ager is rare……they must have plans for him in the 22 immediately.

The reason I said no to Scharenerg a few days ago is because I think the defensive rookies are solid, so I'm not paying the extra 40k. After reading this, he has gone from D7/8 to D5/6. Ripper write up.

I think there is a spot for him Jack. Think him & Griffen Logue will be thrown down back early. He was my D8 before I looked into him. Now he's on the field & will stay so unless he's not picked round 1. Thanks Jack

Will the kid get an early game though? He ticks all the boxes as a definite option but when is Ross going to play him?

Good question Jambo. But I think if he's fit he gets a crack early. Bout time Ross payed us back…..um hope Ross doesn't read that

The Adams of 2016. I already had him my team. Now everybody will get him in.

Nothing is guaranteed with rookies. And under Ross even more so

Not sure where he will fit in at Freo, great intercept mark well freo at full strength have 3 of them already and this guy isn't big enough to fly with them.
Freo blooded a few youngsters last year they also get the young dog that burnt Buddy in the GF not that much room for this guy imo down back, if anything he could be their runner out of the backline but then as you say he lacks pace also the step up from vfl to AFL can he handle the faster paced game, Guess its wait and see at nab time.
Great write up on a rookie Pieman.

Cheers strirsy. Bloody can't wait for the preseason games! Will give us plenty to look at

That's exactly the Ross Lyon factor, stirlsy! Will Freo rebuild? They were rubbish last year. A rebuild to most coaches is getting as much games in to your kids as possible, Ross Lyin isn't most coaches

Pieman, I am so erect Santa thinks me old member is Rudolph. Cracking write up mate!

Chicko! How are ya old mate. Thanks buddy

Either the Bombers can't tell the difference between a gun and a can of curried peptides or the clown has picked a dud! I'll back the clown – he's in!

Would have been ironic if the bombers picked him up!

Yeah mate, over the years the Bombers have let a few slip through their fingers – Jenkins, Richards, Houli, Barnes. Remember Paul Sproule? Finished up playing top footy in a Tigers premiership team.

Excellent Pieman, clear identification of a potential rookie star. Merry Christmas.
I would have commented earlier but someone is trying to block me 🙂

Cheers wombat. Have a great xmas

For want of a more apt description, your team bats deep – solid.

That does bat deep. I'd be cautious of the returning suspended players

No Docherty, No Dangerfield, No Dalhause.

Excellent write up Pieman. I do however have difficulty in seeing who he will dislodge from the team and if so where he will fit in. Notwithstanding who plays lock down and rebounding type roles it is going to be extremely competitive at Freo for any position in the backline when you consider Hamling, Johnson, Alex Pearce coming back in and Spurr, Sheridan, Crozier, Ibbotson, Dawson, Collins, Sutcliffe, Logue likely having first dibs on remaining spots. Yes, I do have Ryan on the bench but I am thinking he will perhaps struggle to get a game early on and is a better trade down target, if his form in the WAFL warrants selection. Of course if he gets a run first up then forget everything I just wrote 🙂

Cheers Leedy. His skill set is what might move him in front of a lot of the blokes you've mentioned. I do agree that I think Logue will get an early crack. And rightly so, he comes with a big tank. Hoping Luke Ryan gets a decent crack at some point. Could be an SC legend