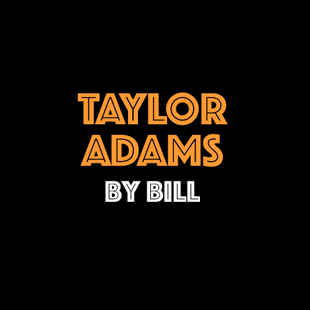 The SuperCoach God that is.

One of the biggest talking points so far this year has been the lack of our usual reliable DPP options in the forward line. The top three scorers are not available in 2017 which has left it looking threadbare.

Thankfully though, we’ve been granted a slight reprieve in defence with some surprising DPP options, one of which is Collingwood hard nut Taylor Adams.

Don’t be fooled by Adams’ DPP status, he is a pure midfielder who apparently spent so much time helping out Collingwood’s rubbish defence that he was allocated there in SuperCoach.

There’s no complaints here. There was chatter that Adams was primed to breakout in 2016 before a series of lower body injuries stalled his progress and he plateaued at a 95 average. A 95 average is not enough for SuperCoach relevance in the midfield, but as a defender it should place him toward the pointy end of the final standings.

Missed games have been a recurring theme in Adams’ career so far, as Champion Data’s guru Fantasy Freako points out:

Taylor Adams hasn’t played more than 18 games in any season so far. Missed 16 games through inj. and 6 suspended. #2017AFLProspectus

He had three separate injury layoffs last year, with knee, hamstring and ankle problems. There doesn’t seem to be much of a threat to his scoring output unless the genius coaching mind of Nathan Buckley devises a defensive forward role for him. If he plays 22 games he seems a near certainty to end as a top-8 defender, but that’s a big ‘if.’

At over $500k, Adams is a premium selection that you’d pick as a keeper and hope his body can hold up for the whole season.

Adams’ injury history is a concern. However, given the age of most of the players who figure to be the top scoring defenders at the end of the year, they’ll likely all be managed at some point. Adams is an extra midfielder in your side and will provide consistent scoring. Will likely start in my side.

Excellent piece Bill. This info has changed my mind on Adams he's another bloke who breaks down a bit to regularly. Sure 97 is a great average for a defender but if you factor in the 8 donuts for missed games he averaged 61 and, he's missed rounds 22 and 23 in two of the last 3 years which is not so good for SC finals. I was initially very gungho for him but I'm thinking not having him could be a money winning strategy.

Could be the highest averaging defender & could spend plenty of time in the stands. That injury history can't be overlooked. The SC gods have dangled a carrot here & given defender status to tempt the masses. I smell a trap. As I begin to remove the risky boys from my team he might be first to go because there's no value in his price. Great job Bill

So, who are looking at your starting 3 Premos in D ? I currently have – Shaw,Adams,JJ – me thinks that Doc.Rance & Laird will fill my top 6 barring injury ,with apologies to Montagne,Simpson & Boyd who are too old – my smokey is Weitering as a break out playrer/.

Taylor Adams is all about the risk. We can have a high level of confidence he will score 95+ which makes him a Def Keeper in any year. Risk is how many games will he miss (if any). Do the bookies run a price on how many games players will play each season? This might be a good way to get an unbiased view of the actual risk. ATM he is in my team as I am adverse to paying prem and superprem prices for backmen in SC. Plan on sideways him to a Shaw, Docherty or Simpson whoever is cheapest price when/if Adams is injured.

Great write up Bill! Almost lockable, just a matter whether gets through a clean preseason without injury.

Bang on bill. Nice work.
Looking at what you have provided his starting price is his top price reached this year.
Maybe a bit over priced with his injury history.
No doubt he could average in the top 8 defenders but if misses half a dozen games he won't feature in top 8.for points scored.
Makes me wary. Will have a look but think there r better cheaper options. Spending big $ in the guts.

Some similarities with Bennell yesterday. Good average but can't stay on the park. I'm more likely to take a punt on a fit Bennell at 380k, whereas Adams at 527k with the risk of injury and plenty of other options is a firm no

He's one risk too many for that price. Good luck to those who do pick him.

Think ur all crazy leaving him out. Won't b seen in collingwoods backline playing exclusively on ball.
97 isn't his ceiling. Look at his finish to 2015.
U don't want too many of these injury prone players in ur starting team, but Adams isn't one I plan on leaving out.
Hope he stays unique. Great write up mate

Guy is as hard at it as anyone, but his history with minor injuries has to be a worry, yet to play a full season, the avg is right for a backman so its a yes for me as a probable starter but it comes with risk, slots in at D2 for me at this early stage.
Nice write up Bill.

A classic Hmmmmmmmm player. Talent and ceiling where you want it to be. Time spent with a remote rather than with a footy too much. Huge risk. May be a great AFTER he's had a full 22. Since he hasn't, I'm probably going to pass. Might change but only SC certainty I see on the Pies is Treloar. And even he is sorta iffy. Regardless, fantastic food for thought, Big Bill!

I play footy and I get injured all the bloody time. But I've managed a few (basically) full seasons. It's the law of averages and Adams is overdue.
Well probably not, he'll break down and you'll burn a trade. So what? Enjoy the tons until then.

Adams was the first def slotted in when the picker came out. Yes he has injury history but I bet the same focus on this aspect isn't considered by many when thinking about Johannisen who apart from 2015 (20 games) hasn't managed over 13 games in a season. He's a l9ck for me at this stage and I'll ride the wave and burn a trade if needed although hopefully rooks can provide cover if he does go down/gey suspended. Great write-up Bill, allows us to go in with eyes wide open for those who want to take the punt.