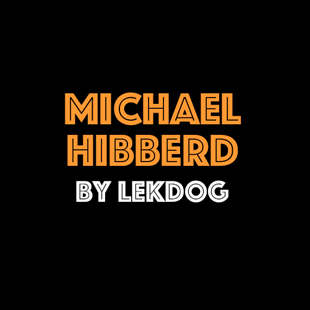 Michael Hibberd – Is he good enough?

Community you may or may not be aware that I am currently traversing the great plains of the United States of America in what has truly been my biggest fantasy preseason ever.

In order to best ready myself for the 2017 Supercoach season, I have come to America in a Fyfe-esque preseason to recreate an entire AFL season and ensure that I successfully achieve my fantasy goals.

I began my pilgrimage as the great man Mick Malthouse would have wanted me to, with some high altitude training in Arizona (it worked for Carlton’s 2014 draft class, why wouldn’t it work for me?). I then braved the heat of Phoenix and attended a match day at the NFL; I closely watched the players and took notes on how to run in a slightly diagonal line.

Finally I have completed my compact AFL season with a trip to Vegas, now unfortunately I put this bit in the middle of the trip and can no longer afford to come home.

And thus I am writing to you from an airport terminal trapped and alone sort of like that crappy Tom Hanks film.

And whilst I sit here, hoping that someone will take pity on me and buy me an ice-cold beer, one mans name dances through my mind… Michael Hibberd.

Initially I was looking at Hibberd as an absolute lock at $400K. He’s been fairly consistent over the last few years and generally I don’t like to spend big on my defenders anyway, so there are two ticks for Hibberd so far.

But upon further inspection I’m not sure that Hibberd makes the grade, particularly with some of the defensive options we have on the table. Adams, Vince and Hartlett to name just a few.

The obvious risk is that he, like his banned ex-teammates, hasn’t played football since 2015. You can tell me that he’s been keeping fit and healthy but until I physically see him out on the park during the NAB Challenge he is a massive risk. Here’s the issue, Hibberd slowed down in 2015 an averaged just 82.1. Now this average actually meets my threshold for a midpriced defender but to advise the wider community to pick Hibberd isn’t something I’m likely to do and here’s why.

If we take Hibberd’s 2015 average and apply it to 2016 he is ranked a lowly 36th of all defenders, slotted right between Supercoach titans Shane Savage and Tom Langdon.

Even if we take his best-case scenario average of 89.8, Hibberd would still be ranked 18th overall, I don’t think it’s good enough.

Despite all I’ve said, there are still some scenarios in which you can select Michael Hibberd. The first scenario is that you think he can get back to averaging a consistent 90, appreciate $100K and either trade him for a fallen premium or have a decent D6 option.

The other (more realistic) option is that you select Hibberd not with the intention of having him become a top-10 defender but rather as an affordable stopgap.

Hibberd is pretty cheap and in our initial teams we can’t afford to have all of Docherty, Simpson, Shaw, Vince etc. but we can afford to have a couple of those guys and a mid-tier player that could average 80-90 point per game. Hibberd should still score pretty well to start the season and whilst he won’t set the world on fire he should be a consistent option to help carry the load in your backlines early on.

This is a tough one community. Initially I was going to write this article to convince people to select Hibberd but once I got started I began to talk myself out of him as a selection.

The real killer for me is comparing his 2015 average to the average scores of defenders in 2016, 36th overall just doesn’t cut the mustard.

I think if we were looking for Melbourne defenders I’d rather buy a Vince or a McDonald.

Despite his affordable price tag I just don’t think Hibberd will give us enough value to warrant a selection, even if he goes nuts and starts off with some decent scores we’ll be able to pick him up later in the year for a relatively similar price.

What’s your call on the Michael Hibberd?

A wonderful human being. Like a son to me >> @LekBlog

Nice work Lek.
In answer to the question at the top – No
U have then validated this with some good back up points.
Agree better value else where.

Thanks mate. He sadly just doesn't stack up at $400K

Love the dedication to the cause.

Still producing even from half a world away in the land of stars and stripes.

Great stuff Lek – hope you're safe and well over in the land of The Trump mate. We'll have a chat about this article in today's podcast, you raise some very very valid concerns.

Cheers Jock, yeah I'm safe and traveling well. Heading home soon so we'll have to catch up at the studio for a beer.

Thank You Lek, this bloke is a bloody trap waiting to happen, I watched him very closely in 2015 and the bloke just looked disinterested in the way he never ran back defensively
The only thing he'll be good for in 2017 is a bet on his direct opponent to kick the first goal

Tend to agree Nick, I think even if he bounces back with a fresh start he just won't produce enough points.

Have to disagree Nick. In 2015 he had ASADAWADA weighing him down. Think a new team might see him back to that 90 average, hopefully more.

Exactly. All of the banned players have to have an asterisk next to their 2015 performances. They were on fire before the WADA appeal was announced on 20 April and within a few weeks they'd all just lost the will to play.

Big call lek, he will be starting in my team. Too cheap and has potential after a fresh start

Like the guts Big Ben, I won't be starting him but I can understand why many will.

I will be strongly considering Doctor Hibberd.
I think a 90 avg is possible given his current perceived role. He is entering his prime and seems the sort of bloke to want to prove himself again.
A 90 will place him close to the top 10 this season I believe. A few in the top 15 last season (which required a 91 avg) are retired or likely to drop out by my reckoning.
Will be watching the NAB and Rd 1 team selection with interest.

Will be an interesting watch

Interesting this, Lek. Mother Hibberd has been sitting in my team for a bit now without giving him a second look. Your article has given me a bit to mull over. Preseason will play a big part here.

The flight back from the states is hell. Safe travels!

Yeah this research put a spanner in my early team selection, thanks for the well wishes. Not looking forward to coming home

Love it, mate. Essendon 2015 was a whole different kettle of fish, so I'm taking his 82 with a grain of salt. He also spent time forward, from memory.

However, I'm doubtful I'll go near him. Doesn't tackle, doesn't have any source of points other than kicking it long. Agree with you, it's a no from me.

Even an average of 89 just barely gets him into the top 20, think it's safer to avoid him.

Agree re his points production, long kicks and uncontested marks are all he really has

You convinced me Lek. Thanks I can now delete this bloke from my higginator

Great Job Lek
Typical mid price trap it would appear. No room to make cash and no footy for a year , big no from me , spot on with your analysis

Fair argument, Lek. It wouldn't surprise me if Hibberd averages between 90-95 this year. He's a likely D4 for my team. I'm curious where Simon Goodwin will play Hibberd. I'm also curious how the year out of AFL will affect him. Time will tell.

Great work Lek! I am tempted by Hibberd but tooth length maybe the problem for me

Was waffling but Lekdog, as always, threw a big bucket of cold water data to make me weary. And look elsewhere. See you in the Big Apple soon.

Very interesting article Lek! I like you was initially thinking yes now you have thrown a spanner in those works. The question really comes down to whether he is a 90+ player or a sub 90 player. He will stay in my calculations at the moment and I will make a final decision once I understand his role at Melbourne.