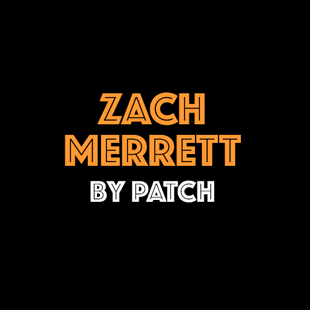 Zachary Merrett of the Essendon Football Club had a huge 2016.

Absolutely YUUUGE. An average of 111.5 saw him as the highest scoring and averaging forward in the competition, as well singlehandedly holding up the Dons’ midfield.

Look, no. But, I’m going to try to mount a case to make you doubt your non-selection of him just enough for it to bug you at night, because I’m a sadist.

However, we’ll start with the reasons not to pick him: firstly, as mentioned, he’s bloody expensive next year. More expensive than Fyfe, The Bont, Treloar, Ward, Rockliff, Sloane, Heppell, and a whole host of genuine, A-grade proven performers. And with the value around in 2017, we’ve got limited space for these uber-premiums, especially if we want Dangerfield, Pendlebury, Ablett and co.

Secondly, we have no idea what his output will be like once Heppell, Watson and the rest of the Bomber’s midfield returns. Genuinely no clue. While his output wasn’t bothered much by tags last year, he’s at least got near to no chance of picking that one up. Some have speculated he’ll spend time forward, but I can’t see it happening. He’s got too much class. But as to what impact it will have of his output, we’ll be in the dark until the pre-season begins.

I don’t think his output will change that much, but it’s also unlikely to enter the uber-premium status it needs to in order to justify the starting investment, which is why I don’t think we’ll see him in many – if any – preseason teams.

But maybe he should be considered…

As I’ve mentioned, Zerrett hit 100 fifteen times, and 120 ten times. He only had 2 scores below 90 for the year, out of 22 games. His standard deviation last year was 22.33 last year. To put that in perspective, Corey Enright’s standard deviation over the past few years has been about 23. He was better than Mr Standard Deviation himself.

This will mean a few things. He won’t fluctuate much in price, so if you want him in, you’ll probably need to start him. He will be consistent as buggery, which means you can rely on him to hit his average every week.

On one of my regular flicks through the Supercoach Bible (2015 Edition) – the Jock Reynolds magazine – I re-read the article on Identifying The Next Supercoach Beast. The table with that article paints and incredible picture of the rise of some of the greats of the era in their early years.

Merrett most accurately follows the trend of one J. Selwood, who averaged 76, 98, 111 and 118 in his first four seasons. Will we see the same natural progression from him? Like Selwood, he tackles and gets contested ball, using the ball well while doing so (with 72% DE last year).

And if the Dons improve next year, which they absolutely will, the bet is Zach Merrett will improve as well. The question is how much.

Will I select him next year? Probably not, no. Does that answer keep me up at night? Yes. Yes it does.

I love him. And so do you. Thanks @PatchToTheMax

Great Write up Patch, As you say probably wont make my starting lineup either but he is on the rise and will be a great pod for the ones with the big nuts that start with Z.Merrett…

Thanks Stirsly! I want to start him, I really, really do – but I just can't say yes at this stage with that price tag

I doubted him last year, looked at him in preseason and several times during the early part of the season, but didn't bring him in until well after the byes. Missed some solid scores. Won't make that mistake in 2017.

Stuff it Patch – back him in all the way son!! He's your man!! Loved the write up as always mate

His upward trend in numbers is staggering. Was he a beneficiary of the banned bombers? Probably. Nonetheless he's a gun. Not ruling him out. Great to hear from ya Patch & quality as always

Love how he put his head down last year, put the BS to the side and just hit the field like a crazed banshee. If he looks as strong in preseason with the full Bombers, will heavily consider. Right now he's a sneaky POD consideration for the ride to Finals glory. Well done, Patcheroo.

A crazed Banshee – love it Throtts haa I'm scribbling that one down for the pod. A little bit too much of a query for me around how the return of the big boys impacts on him. I reckon I might look for him midseason. Top write up Patcher

If he backs up his numbers this year he's first trade in at the byes. Too much doubt at the moment for a 600k player

I don't see why he wouldn't continue to cut loose in 2017. He is arguably now Essendon's best midfielder and I think he may still cop a tag in 2017 – but he's already shown that doesn't bother him. Great POD. Unless he has a totally new role in the NAB I'll be starting him.

Cmon patch stick Em on the block. Pants down.
Being a bomber man go all in on zerrett.
You could do worse
Bit of an unknown but class is class.
I think he will hover around where he is or go up can't see him dropping off too much.
Will consider.

definitely room to wriggle into my side, and comments here are making me second guess holding off on him… I knew this would happen!

You should have him and heppel mate. no way both will stink so the worst you can do is break even with an ave for both of 105. Locked M7,8

I mean locked to start with intention of them being M7 and 8. Just in case pieman thinks that I'm having a go at ya 🙂

As your old mate nelson would say – haha.

With Jobe, Dyson and Zach getting all the defensive attention Zarahakis could get 40 touches every week too.

What do people think of Jack Graham? Best Division 1 under 18 player Larke medallist. Good pick up for the Tigers at pick 52 in the draft. I think he'll play in the guts round 1 and I'm expecting a 60 average from the lad. Mark my word's. Good bench cover

Yep he's on my bench atmo Luke, he's got a bit of mongrel in him so hardwick should give him every chance

Locked in, will play.

Good job patch , pick him son . Back the young lad in , great to watch .

I see him as a potential Bye trade. Hoping he does a Selwood and starts slowly drops 50K or so in price and then can be an upgrade POD option for Round 9. Alternative is to start Gary and swap him out for Zach. Best of both worlds