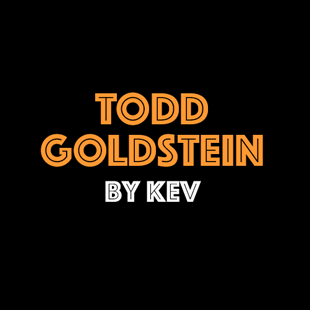 There was a lot of frustration on the message boards regarding Todd Goldstein in 2016. 29% of us shelled out 695k at the beginning of the year and we expected results goddammit!

Maybe we were looking at him to reproduce his trouser arousing 2015 season where he averaged 128 and rewrote the record books, smashing Gary Dempsey’s 30 year old record for the most hit outs in a season and causing many declarations of love when you whacked the C on him.

Stats wise, his numbers were down across the board in 2016. He lost his #1 ruck mantle to Max Gawn this year, averaging less disposals, marks, hitouts, and tackles when compared to his freakish 2015. You shouldn’t write the great man off community, class is permanent and here’s hoping his offseason break and Christmas turkey has given him enough rest to reload for 2017. There’s not a whole lot. Those missed games have been spread over the years, Todd simply doesn’t get injured (I’ve probably just jinxed the bloke). He’s consistent too, averaged at least 106 for the past 4 years. There was definitely a period though the year where Todd was playing injured, a certain someone in the community would predict that he would be a late withdrawal every bloody week only to be proven right once and then was an insufferable dick about it. He’s much too important for North not to give him time off if he needed it. His injury troubles don’t worry me.

Just as we’re heading towards a resounding YES, I’m gonna throw a curve ball in. There’s the continued emergence of Majak Daw. Here’s what happened they were selected together in 2016.

We know what can happen when blokes start sharing ruck duties (Stefan bloody Martin anyone?) Majak has managed 24 games in 4 seasons at Norf. He turned his back on several rival clubs and signed a three year deal during the year. North have Daw in their plans, it’s something you’ll need to keep an eye on during the preseason.

Once again Todd will be a keeper premium selection in 2017. Lock him in and forget about it. The real question is who to start alongside him? Gawn? Grundy? Sandi? Big Stiffy Martin? Sauce? Other?

We all love a bargain but the rucks are the wrong place to take a gamble. If your mid price SHARK MOVE fails then it’s bloody hard to get in a top ruck

Goldy and sauce for me .
Like you said Kev class is permanent , expecting him to come back out in 2017 and average 110+ .
Only thing that will change that is if sandi comes out and has a decent pre season , Grundy not quite ready yet and Gawn a touch over priced for me . Good job Kev

I've been playing around with structures that include Sandiballs. I reckon with the fallen mid premiums and so many up and comers he may not be a risk we have to take

Yeah doing exactly the same Kev .
Agree that at this stage he's not needed , going with a light fwd set up seems to be my theme to my drafts this year .
The midfield where I'm a bit stuck .. Not sure how many of these fallen premiums are worth the risk .. Very interesting year

Derek
Guest
Reply to  The Bont

I was thinking premiums under $500, only Beams

I'll fork out in the ruck department and most likely go with a Gawn and Goldmember combo, that way I shouldn't have to do any ruck trades at any stage during the season except for injury (which hopefully it never comes to)

My biggest concern in having gawn and goldy.

As said on one of the pods (can't remember what ep) but the prior years 1-2 ruck combo never are the 1-2ruck combo the following year. So in my eyesu need either gawn or goldy but not both

Agree, Mickyb. Plenty of runs on the board Todd. I reckon an 105 ave is a very conservative estimate. You'd take that at his price

I think this is most relevant point for the rucks and despite going set and forget last year and it serving well I think the fact that we get Ryder back and available as a swing with such a thin line of premo forwards gives us a really viable option for cover here so hoping Sandi can get back to form early and save me some coin so I can uograde to #1 ruck around the byes, with a bit of discount being the icing on the cake. Also, looking to start Grundy as think he is developing nicely and has the best chance for improvement from the premo rucks with Collingwoods midfield looking stellar and his nice run home post byes last season. Also encouraging is the fact that based on others ruck comments in the community this would seem a POD combo with good reward opportunity.

Think it's going to be between Goldy & Sandi for R2. If I start with Ryder then it does allow the risk. The Majac factor has me scratching my head as well. They didn't sign him up for 3 years to make sandwiches. Ripping read Kev. Plenty to ponder

Well Kev if you think that's risky you should see the rest of my team. Skydive without a parachute risky. I love value. And that's why I love tinder. Chicks cost nothin

Gawn and Sandi for me as it stands, Ryder in the Fwd's if swing required. I'll pay the overs for Gawn as I will for Danger, VC loop is worth the extra cost on these blokes IMO. Early doors though!

Agree INP, Daw's not going to be playing second fiddle much longer it's just a question of when, but they must bring him on more in 2017 you'd think and that gradual erosion of Goldy could really hurt his overall value so not going to part top-end coin from the get-go for him

Goldy and Sandi for me. Swap Sandi out for Gawn at a discount before the big Docker inevitably breaks down.

Think it's going to be Gawn and Sandi to start the year, with Ryder in the forwards to cover. Look to upgrade to Goldy during the season. Though I feel Gawn is a bit overpriced. Great read Kev. Thought provoking. I thought I was set now looking at starting with Goldy.

If you think Gawn is overpriced then why not start with Goldy and upgrade to Gawn when Larry Emdur screams 'the price is right'?

i tried that past two years (TBC & Lobbe) = Sleepless nights

Yes but those are proven shittrucks (pun intended), not proven premos

Even worse, I traded Lobbe for Blitz. I didn't sleep much last season

I would like to save and go with Sandi but only if Sandi has had a strong pre season and then playing round one. If not going with Goldy. Gawn a lock throw away the key and be happy.

I'm based in WA and 2017 Sandi is looking very slim compared to last couple of seasons, so far all is good with him, he said in a resent presser he has lost some weight to help him get around the ground better, im also looking at him to save but at this stage the killer G men will do me Gawn/Goldy

Had many diff combos. This article and the comments on it have convinced me there is only one way to go. Gawn and Goldie. Cheaper options leave you nowhere to go if they dont work out.

Great set of stats there Adam. What would you recommend we do with Goldy? I'm in the Goldy/Sandi camp at the moment with a cheap, high scoring forward/ruck in Paddy(he will be the sole man at Port).

I like the Goldy/Sandi combo as Goldstein will be a top 2 ruck and if Sandi can stay fit and avoid injuries he should be able to match or better Grundy's performance. Goldstein's scoring was hampered by injury for the second half of the year but he should retain his super premo status by averaging in excess of 115 in 2017. Also like the Ryder pick up forward as he should be able to average 90 at a minimum and 105 at max and should be good for a F6/R3 spot at the end of the year. With the continual improvement of Ollie Wines, class of Robbie Gray and no Lobbe to contest with for the No1 ruck spot at Port Adelaide Ryder should be a great pick.

Rucks r a bit of a unknown at the moment.
Will wait and see how they go pre season

read an interesting article on Martin the other day. Confirmed injured most of 2016 had had surgery to fix the problem, fit again this pre season injury free.

Has said wants to be #1 ruck in 2017.
Sound familiar? Last time a Ruckman made a statement like that finished all Australian and #1 ruck in the land.

I'm all over big Stiff Trigger, had him 2 seasons back was huge.

the last two years i have stuffed my Rucks.

Last year it was Lobbe, the year before it was Bell-Chambers. I'm not going cheap ever again.

Last two years I've smashed rucks with Goldy Stef / Goldy Gawn.
I see Stef as massive value after injury plagued 2016 and if Sandi fit use him as step stone to Goldy/Gawn whoever's smashing it.
Big risk tho.

Long way to go till Rd 1.
Will see who's who in the zoo by then

Thoughts on rucks:
There is no way I can look past Goldie at this price.
Gawn is way overs, and will not be a valid VC option in first half of season (late games). Will grab as an upgrade at byes.
Sandi is way too much value to pass up.
Stef is a walking injury who had 1 good season, playing for a team with no prospects.
IDK what happened to Sauce.
If Goldie and Sandi weren't already locked in, I'd think about Grundy. Fair chance he will go 110 av.

I'm thinking Gawn and Ryder with Sandi at R3 and even T Boyd in Fwds as swing cover as well…lol……the last 3 years I have been burnt badly by unlucky ruck injuries, no cover, donuts, Gawn/goldy both on the same bye etc, etc etc

Gawn and brodie grundy-son locked in for me. Set and forget is the way to go…..sandi will break down and cost trades. I always go set and forget and it is the only way!

If you're going with Goldy, consider the big bloke B Preuss as R3. Upgraded from the rookie list and comping at the bit. If Goldy misses, he's a real show to come in and cover for him to help Majak out.

I'll not sure how North will fit both BBB and Majak in at FF this year.

Wayne Bennett has now coached teams to the grand final in each of the last 5 decades … Raiders, Broncos Dragons and now the bunnies. #supercoach… #nrl #waynebennett @SSFCRABBITOHS #gloryglory

#nrl @SSFCRABBITOHS - @SeaEagles rivalry is back & renewed!
Will the player poaching silver tails win via turbo ? OR
Will Master Bennett the #SuperCoach inspire the #Bunnies to #nrlGF ? #NRLSouthsManly

🍻 Stand out from the crowd this #AFLGF!!

@Supercoach #supercoach was pretty tempted to take a bite of that keyring, looks nice and juicy

For those who enjoyed revisiting the 2015 Jock Mag, we’ve got the 2017 edition up here too!

Have a #supercoach squiz here: https://drive.google.com/file/d/1wGaCq-G6u9yHpPPyowwjGZkwebiuxghG/view?usp=drivesdk