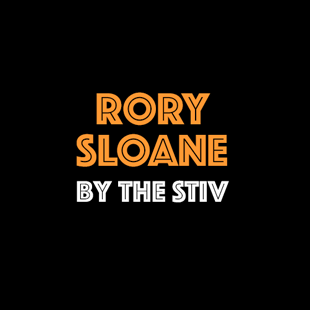 Why does Rory Sloane deserve a spot in your 2017 Supercoach team?

d) It is written

Just like a young Indian lad rising up from the slums to win a million dollars, Rory Sloane is the ultimate underdog. The ancient saying “it is written” loosely translates to “it is destiny”, although in this case it is not clear exactly who is doing the writing. This Sloane dog seems to be carving out his own path, despite preconceptions of what makes a midfield beast. Or perhaps this was fated by the Supercoach Gods all along.

Sloane’s emergence as an Alpha in the Supercoach pecking order has been against all odds. Rory was taken at a lowly pick #44 in his draft year.  In an age dominated by midfield behemoths, Rory clocks in at a modest 6 ft tall and 83 kg’s. He’s not the quickest player either.

Whilst being much smaller than the Rottweiler, Doberman Pinscher, and German Shepherd, Sloanedog’s pedigree is akin to that of the Siberian Husky. Husky’s boast incredible strength for their medium size and an endurance and determination that rivals any within the canine world.

Comparable to pulling a sled through kilometres of Arctic snow in the harshest conditions known to man (or dog), Sloanedog will never relent as he powers through, valiantly carrying the weight of the Adelaide midfield on his shoulders.

Sloane has the capacity to be an elite Supercoach midfielder as he showed in 2014 when he averaged 114.8 points but most years he averages between 105 and 109 points. The risk is that you give up such a valuable premium midfield position to a player that doesn’t end up in the top 10. Of the midfielders that played 20 or more home and away matches in 2016, Sloane finished 12th for average SC points and 17th for total SC points.

Taylor Walker and Rory Sloane returned to @Adelaide_FC pre-season training a fortnight before they were required to. https://t.co/J15jakOaXQ

Sloane doesn’t tend to start in many teams but his selection % generally improves in the latter part of the year. So you can start him as a POD set and forget option or jump on when he bottoms out in price or hits his late run of form.

He has a knack for finishing seasons off well. Over his last 5 games of each SC season since 2013, Rory averages 121.8 points. At the beginning of that segment he is priced at an average of $517K. You’d take that kind of points to price ratio any day of the week.

As a relative POD, I really want to start the Sloanedog Millionaire in my midfield but personally I just don’t have a spot for him. There are too many good midfield starting options this year; however, Sloane still gets The Stiv’s seal of approval and I am likely to pick him up in the latter part of the season.

YES – as an upgrade target

Will you be selecting Sloanedog in 2017?

The Stiv
Guest
Reply to  Cameron

Thanks Cameron. Yes 591K is correct.

Jock
Author
Reply to  The Stiv

Thanks Cameron and sorry Stiv my mistake – I've just updated it. Great write up Stiv. I for one have him locked into my midfield.. his mate Brad Crouch will likely be alongside him as well

The Stiv
Guest
Reply to  Jock

No worries Jock. Glad to hear he's getting a run in your squad. Brad Crouching-One now that's an interesting selection. Would love to see a write up of him.

Moustachio
Guest
Reply to  The Stiv

Forget brad, I want a writeup of matt. Av of 104 last 12 games of season after coming back from injury. Could be in for a big year.

I really really really want to start Sloane in 2017 but may not find the space, although I do think he's at the stage of his career where a 115+ average is more than likely he will be competing against other players such as a JPK or Hannebery for that starting spot

I want him in but he's not taking JPK's spot in my side. Sloane has tough competition around his price.

The big standout from your research is that he comes home strong, that's a great reason not to start with him and have a good look instead. Opposition teams had some success towards the end of the year tagging him, something to look out for.

The Stiv
Guest
Reply to  Kev

Thanks Kev. Yes his final 5 games this year (ave 106.2) were not as strong as the previous years, quite possibly from the tagging you mentioned, but if you look at his scoring from the second half of the year (ave 113.2) it shows he's still worth a look later.

Love the way this bloke goes about it. Picked him up early last season as a POD & he was gold. Bye structure dependent. I'm not afraid of his price because I can square off his price with value elsewhere. Quality stuff Stiv

Cheers mate. It's hard not to like Rory. I think he's a great POD. He's about as safe a POD as you can get.

I N Pieman
Guest
Reply to  The Stiv

Agree Stiv. If the crows have a great year he will be plenty of the reason it happened. I'm thinking they will

I'm with you Pieman. I reckon they're in for a good year.

Now a firm upgrade target along with Gray (after early bye).
Comprehensive and compelling Stiv.

The Stiv
Guest
Reply to  hedski

Thanks hedski I appreciate that mate.

Love the sloanedog stiv.
Normally ends up in my team but may start him 2017.
It is out of bont, cripps and sloanedog.

As cripps injured and look like having a few dogs and swans as starters sloanedog may get the nod to spread out the impact of the byes.

Sounds like a good plan. I can't wait to see how other teams' midfields take shape. The balance between proven, fallen, and upcoming premos. For me it's looking like 2 proven, 2-3 discounted and 1 up and coming.

How bad is Cripps injured? Might have to give the Sloan dog a run

Hampton BVC. What's news with him?

Been spending some time training with the midfield group, which is good. Pyke apparently wants to start being able to throw a few more dynamic players through the middle for spurts, which means someone like Hampton could have a decent year (if he stays healthy).

I'm heading down to training on Wednesday, will update on the twitters on what I see.

Salivating BVC. Give us some gold sir

The Stiv
Guest
Reply to  BarronVonCrow

Good read but its a no from me. As good as he is cant see him as top 10. Even as a trade in target i think you want your midfield set as soon as possible so waiting for his traditional strong finish doesnt appeal to me

Strongly considering. Tend to agree with The Shiv that he's a must include but will wait a bit until his price drops…and it always does. Then again, this could be the year where he comes out snarling and doesn't lose steam. Certainly has the potential. Preseason form probably will tilt me one way or the other. Much mulling ahead. Solid review as always Shiv.

Very interesting read… In 2016 around12 of the best scoring MIDS were all called upon at some point or other due to injuries and other such happenings, and Sloane looks to be readymade for one of those 'called upon when required spots' like if Ablett doesn't make it through again or Rocky has another back related ham-ping or FyfeIsLife snaps a fibula and the like…

As a crows supporter I bloody love watching sloaney, like a rabbid dog after the ball in the guts . But as stated by several of the community not quite ultra premo. Hanners and treloar , Fyfe solid this year , Sloane might be a great pod though .