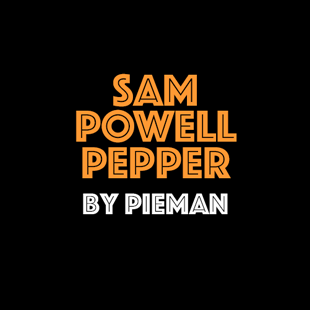 For those of you that know me or have read articles in the past I follow the draft closely. My historical data suggests the best rookies from an appreciation perspective come from picks 18-40. Pick 18 is where they begin to be cheap. Generally most of these picks get a crack the following season as well.

This draft was deep with talent & every even in its spread. We have loads of quality players all over the place.

Since a fantastic season in 2014 that saw them miss the granny by a kick, Port has been shithouse. The running men stopped & went to the pub after collecting huge contract extensions. Some of these blokes have been exposed as how should we say, Spuds. The frustrating Hammish Harlett has a contract until 2089 & Lobbe who was replaced by next tallest in the team, well his contract is not far behind. UGLY

With no money to spend trying to bring in mature age talent since grabbing Ryder & Dixon Port realised they had to reinvest into the draft. And they picked a good one to do so.

Port is looking for an injection of youth. At pick 18 they’ve added one of the most relevant rookies in 2017. He’s a big readymade beast that can run all day & ready to step into the Port guts in round 1.

LOCK IN YOUR JOCK REYNOLDS 2017 SUPERCOACH MAGAZINE WHILE YOU CAN!

If you’re not excited already, SPP’s game lies somewhere between Dusty & Luke Parker. And these are the 2 players he’s moulded his game on. He’s a big explosive midfielder that doesn’t mind the don’t argue & has the power to speed to easily escape from the contest. But like Dusty & Parker his disposal can & often lets him down. And I’m certain this is why he wasn’t picked up much earlier in the draft.

As I reviewed his tapes his explosiveness from the contest & big body is a stand out. Anyone that has played footy will know hitting a target whilst running flat out is bloody tough. And it’s fair to say SPP has not mastered the art. I’ve read his kicking DE is less than 50%. And I’d be surprised if it was that high.

I’m sure Port is aware of this deficiency & will be encouraging him to get the ball into the hands of a more experienced team mate via handball.

He’s a moo cow. I don’t think he can be trusted as an M8. But he certainly deserves a place on your mid bench if selected. I think because of his DE he won’t be a high averaging rookie. And I think his scoring will suffer as a result. He can go forward & kick a goal, which will help.

Relying on him to hold down M7-M8 might leave you a little disappointed. As we know in this game DE is critical to game impact & individual scoring. I feel his flaws will be punished by the champion data boys.

The Mid rookies we got dealt in round 1 2016 were hideous. But I don’t expect that to the case in 2017. The upside of SPP is like his frame, massive. If Port can teach him to kick then he could be anything. I won’t be issuing a lock status until I’ve had a good look at the rest of the mid rooks. But absolutely have him high in your calculations.

One of the great community men. Chat with him in the comments below

Awesome write up Pieman, love the insight into the new talent! Your hard on for the 18-40 picks in the draft is remains only the second thing on Earth visible from the Moon! Salty? Push it? (he needs a nickname) is now high on my bench watch list.

Cheers General. I think in this particular draft we can look beyond pick 40 for some gold. I don't mind the salty nickname!

Patch will love that one

Nice one INP love it you r looking at the rooks now and give us some insights into these kids.

A few years ago I had a fine wine on my bench this year I reckon I can find a spot for a bit of pepper.

give it a couple of years and those two r going to do some damage.

Love my rookie research Trigger. Comes in very handy during the preseason & season proper. I think the only things stopping SPP from being a Wines is his disposal. Expect him to be shovelling it out to Ollie on a regular basis

Love these rookie write ups, keep em coming. But honestly the rookies I take into round one will be whoever gets picked. Some 14 year old girl with one leg lining up on a wing for the Dees? Welcome to my Supercoach side.

If there is a surplus Steeve you need to know who to pick. It will happen one day. Could well be round 1 2017

True Pieman and there's also a big difference between M8 and M9-11. My whole structure works around which rookies I think will score high enough to be in my 22.

True that Jack. You need an idea of scoring potential before handing a rookie a best 22 role. Sorts out the good coaches from the spuds

Great stuff Pieman, great to get a look at some of the talent that will be crucial to our success in 2017 through cash generation, moved heavily up my watchlist after reading this

Cheers Nick. It does all come down to the blokes that can make you decent money. This man screams cow to me

Currently resting on my pine pieman .
Would of loved him to have gotten dpp but can see him generating some good cash . Cheers for the write up pie

I thought he was a chance to get DPP. Does go forward a lot. Not to be but still super relevant

Beautiful, Pie. On my bench at the moment.

3 clearances a game at wafl level. I reckon the instructions will be "see ball, get ball, don't kick it"

I agree with that Kev. See ball get ball & handball to a bloke that can kick

Truthfully being one who doesn't follow the juniors, articles about incoming rookies are easily the most nutritious. Clearly this kid has the goods, both in frame and skills, so he'll be a tasty m9. Excited to watch him during NAB. Stellar writeup, Pieman!

Thanks Throts. By the way mate it's no longer the NAB. Its now called the JLT Community series. Which actually stands for Jocks Learning Training Community Series. All about rookie focus

The ceiling above the arousal curve just got shattered…

We heard it half a world away

His mum is Ironmans pa

I hope his misdirected kicks don't get known as the Pepper Spray.

Thanks for the headsup Pieman, I remember similar glowing rookie assessments from you in previous years for rookie legends like Laverde, Keays, Mathieson, Scharenberg, Broomhead etal. These guys are all good footballers and some will be stars in years to come but they were all duds as far as SC rookies are concerned. I just had a quick glance at the second best indigenous west australian footballer called Sam that was drafted this year and he certainly has potential.
If he gets a senior game in 2017 I see him as a shutdown fwdflank maybe moving into the mid rotation as a tagger late in the season.Max ave 60
His ave stats from 5 H/A senior games in 2016 were 6k, 4.4hb, 3.2mk, 1.0g, 1.4pts, 3.0tak. Not bad for a beginner but in the elimination final he was the liability that lost East Perth the game with barely 1 touch p/qrtr, 50% turnedover. He was found to be slow and indecisive when the pressure was on, I'm sure that experience/maturity will overcome his weaknesses but I doubt that Port will throw the kid into the midfield or even the senior team until he has shown he can handle the pressure of a BIG game. Gray, Wines, Boak,Ebert, SGray, Hartlett, Broadbent, Polec, AhChee, and a handful of others with AFL and senior SANFL experience will roll through Ports midfield in 2017 before Sam. Personally I hope he plays all year in SANFL and then sneaks under the radar in 2018.

Your reviews are always very positive and well worth reading please keep it up.

First acticle I've written on Scharenberg was recent. Never written anything on the other blokes you mentioned. Might be time to lay off the mushrooms wombat! As far as SPP is concerned I doubt they picked him to carry the oranges & they desperately need to develope some youth. I also don't think he will be a high scorer. But value nonetheless & really a bench option

SPP has been locked in