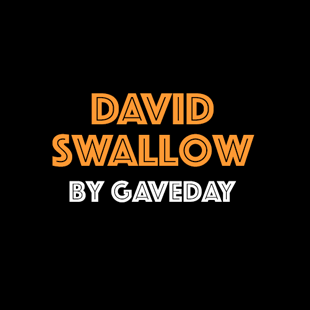 The sky is the limit for this forgotten sun.

The much maligned Gold Coast medical staff must be fresh out of Sunshine Coast TAFE because they’ve stuffed up some quality mids in their time and while all the post season headlines were about JaegerBomb, or Gaz, it’s easy to forget about David Swallow.

And why not? Last sighted mid 2015 when he re-aggravated his PCL injury, he’s been very much out of sight out of mind.

Having an end of season SC average of 103.2, Swallow was a big piece of the Suns midfield output, getting the pill around 24 times a game. Subsequently he was rewarded by dethroning Gaz as the clubs B+F. A year prior he had DPP def/mid status but don’t hold your breath for a gift like that again. Nonetheless, he must be on your radar for 2017. He’s a former number 1 draft pick, he’s 24yrs old, in a team desperate for quality midfielders, guaranteed game time, he’ll be cheap as chips and with a super high ceiling is just screaming to be in your starting rd1 line up.

The Gold Coast midfield looks to be an area of make or breaks for us SuperCoaches. Old romances like Ablett,Barlow and Hanley will court many. The gamblers may take Lyons , the drunk Ryan Davis. Aaron Hall, he was reasonably annoying last year and with news that he’s lost his DPP status should deter. Sure, there are others, but at around 280k, you simply can’t go past David Swallow in your midfield.

He gets injured is the bleeding obvious one or his 18 months out prove too much and forgets how to kick. Finally, Rocket might have a new role in mind, at worst, as a tagger. But that seems very unlikely. (Note – I was going to make a song and dance about his contract, but he’s signed on!)

Keeper or cow? You decide. Think Libba 2016, no not the Vietnam Swans version, but in round 1 where he was worth 357k. By rd13 he peaked at 497k and became an easy upgrade during the byes. David Swallow will be the similar, but much better value, my friends.

I present exhibit A – David Swallow.

Compelling Gaveday. Value is value & my friends that is serious value. Once again it depends on preseason. But if he gets through it & lines up in round 1 it's worth the punt. Worst case scenario is he falls over & in which case you downgrade to a rookie & make some money. Where do I sign

Nice piece Gaveday, he's a lockity lock for me if nab doesn't break him, cheers.

Great stuff, Gaveday. Just too cheap to ignore Swallow, only needs to line up round 1 to be in my side.

M7 for sure… am even thinking M8 due to soapy good mids!

Leaning towards M7, but definetly not M8 that's Myers.

Thanks guys, Been abit absent on these pages recently, I've got a bit of catch up reading to do – enjoying everyone's contribution thus far!

Gave – depends that is the key word
For me:
Depends on structure if I go full premo mid light fwd then no
Depends how he goes in the nab cup
Depends if he stays uninjured
Depends what role he plays

Only thing it won't depend on is price as well under for what he can produce.

Maybe the GC medical staff were recruited from Melbourne 4-5 years ago.
Seem to have the same track record.
Love the line fresh out of tafe 🙂

One way to look at it is to say if you have Swallow plus 123k rookie versus 2 x 200k rookie. Let's say you think the 2 200k rookies can average around 72. Then they will get to 400k each. Let's say you think the 123k rookie can average 60. Therefore, Swallow needs to average around 88 to match the points and the cash generation. So it depends on whether you think he can go higher than 88. Naturally have to see how he is tracking, but that's a yes for me. I think mid 90's is not an reasonable expectation for him.

I did the analysis all based on starting prices. So the 72 ave is $400k on the starting price. If all the prices are worked on the 5.1, then the 88 average would still be the magic number on Swallow.

Well said gaveday I was particularly interested in your revelation about the Gold Coast Medical staff . Employing a local medical team to grow local support hasn't worked, in typical Gold Coast Doctor style they gave Gaz a great pair of tits and some kissable lips but they also gave him the 'Pensioner Special' shoulder reconstruction. I smell a scandal brewing You should give 60 Minutes and the AFL a call with this expose` and make sure they give you credit for an outstanding piece of investigative journalism.

I've got Swallow locked at the moment but if he's any prettier than he used to be I may begin to have doubts about the quality of his knee reco.

The AFL conducted a thorough review of medical practises within the industry recently. No evidence of any malpractice could could be found against the Essendon FC or Lachie Whitfield & the Giants. Nothing to see here. But Dr Nick Riveira was fired from the Gold Coast surgery team "you've tried the best, now try the rest" was considered questionable

The AFL conducted a thorough review of the MCG surface after this years grand final. They determined that the grass was probably green or a mixture of blue and yellow in indeterminable quantities, that it could have been violated recently by a person or persons wearing shoes or similar devices that had nodules or other protrusions affixed and, that dirt had probably been hidden beneath the grass. The AFL would like to emphasise that it in no way suspects Bulldogs or Hawthorn Players of violating the mcg surface and that James Hird has denied hiding dirt beneath the grass.

An AFL review that's sure to turn up something, but only if its stapled to the face of the investigator by the perpetrator. AFL couldn't find white in a rice silo

Sir "lachie Whitfield deliberately avoided drug testing for fear of positive tests to banned substances". Well then give him 2 years! "but he plays for the Giants sir". Well that's fine then. No penalty required. " but sir every other club gets seriously punished when they put a foot wrong". Yes but thats every other club

Yep would have been interesting to see what happened if he'd been traded to another club. I reckon if Carlton had him he would have been rubbed out for life and the club would've been fined 1mil or more.

And a couple of years worth of draft picks!!!

Great article thats generated some great comments. I dont see a downside. He is priced to score about 50. If he breaks down at 3q time in game 1 you will have gotten points value for your money and be able to trade him out without losing any money. If he lasts to the first price change he certainly will have make you a profit. Just reserve a trade for him if he breaks down and lock him in

I feel he will suck a lot in like how Brad Crouching-one did this year. He will need to be absolutely blitzing pre-season for me to seriously consider.

LOCK! – the downside of not starting him is huge!

Oops, missed him in looking at Beams.