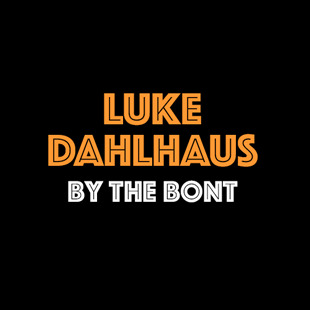 ‘Put the Haus on it’

If there is one player that signifies how the Western Bulldogs go about their footy its 24-year old Luke Dahlhaus. A ferocious tackler, incredibly hard at the ball; not polished, not overly classy but consistently gets the job done (and well).

Coming into 2016 off the back of a career high average of 104.5 Dahlhaus had a great start to the season averaging 108 through the first ten rounds looking to have stepped up another gear, until Tom Campbell fell into his legs straining Dahls medial ligament de-railing his season.

By now most of us have seen Jocks article on 2017 SC positional changes and the forward line is an absolute shemozzle. No Dusty, No Great Dayne, no Zach Merrett, no Barlow, no fifty shades, no…Well no one.

Well there’s a young fella by the name of Isaac Heeney who put together some arousing performances through the final series when he was thrown on the ball, but other than that who can we trust?

All roads lead to Dahlhaus being the number one FWD in 2017.

About as much of a lock as there is at the moment in a forward line that is far from a ‘full haus’.

Great work Bont! Let’s talk Dahlhaus in the comments below

Agree. The only real lock in our forward line. I agree that he might be slightly unders in price. The structures I have been playing with are Dahl plus 5 rookies, Dahl +Heeney + 4 rookies and Dahl + Heeney + Ryder plus 3 rookies. Will obviously depend on how the rookies emerge during the preseason competition, but Dahl is a lick for me.

Dahl + Heeney + 4 rookies doesn't sound all too bad. With the lack of forwards, the valuable money could be spread elsewhere.

I would lick Dahl too, he is a sexy SC manbeast.

F1 locked in. Only fwd locked at this stage.

that picture of Dahl celebrating after the GF with the supporters could just have easily have been when he did his medial ligament.

Shows how quickly one can turn to the other a lot like supercoach.

Nice work bolt.
Debating whether to start your namesake or sloanedog as have a couple of doggies already in the sc Draft team 2017.

The forward line is going to give us all the absolute shits this year.This guy stands alone as No.1. fwd Nice write up Bont

"Put the Haus On It". Love it Bont. Says it all in my book mate! Great write up mate

He's a good 40-50k under, Bont. Started the year at 563k and that medial ligament was the fault of that big lump Campbell. Will be F1 in a lot of teams you'd imagine.

Both will be interesting to start with as I think many will have the same mid
Think danger , treloar , fyfe , beams , jom , swallow , myers . Could bd good pods

Reasonably priced, DPP, no competition. How do you make s case against him. The Haus always wins. Nice work Bont

With the forward options available I'd pay $600k for this bloke.

The Bont
Guest
Reply to  Steeeve

Gotta be his stable mate Macrae

Keenbutclueless
Guest
Reply to  The Bont

The trouble will come with the byes. Bulldogs and Swans share the same bye. So if you run with McRae, Dahl and Heeney all your best forwards are missing.

You can't be serious?

At his price, happy to let himself play back into form

Lock The Dog Haus Down

Well done Bont you should change your name to Sherlock 🙂
Are we being price gouged by SC for Luke? 520k seems like a lot for a bloke who finished the SC season with and ave of 95.7 and a final 5 ave of 89. He's obviously still a bargain but shouldn't he be cheaper? Not my original thought I overheard it in a Caulfield Cafe`.

Av x5.4 is the standard conversion factor. But then during season they are priced at x5.1… SC is designed with inflation to price gouge us on everyone!!

Since Dahl should go 100+ I think he is fair priced (not unders but as good as it gets for someone near guaranteed to be top 3 fwd).

Hesitant of Dahl as a F1. Just doesn't have the brawny pant-filling game that you'd like from your #1 forward. But well done, Bont to convince me otherwise. $520K is a decent price for an F1 so worth the risk if he's on the uptick. And he should be that he's on a winning side that's gonna come into 2017 with a full head of steam. NAB will help nail him in but he'll hold F1 for the time being. Again, well done Bontster.

Anyone in mind for F1, throtts?

Not yet, Kev. Still pondering. Just Dahl seems like a F2 type of player. Love Lids (esp now he's on my squad) but injury history and GWS fwds not kind to SCoaches. Will have better gut calls once NAB starts. Everything else is completely in the air.

The Bont
Guest
Reply to  throttlefinger

Cheers throttle , just not sold on anyone around him , even heeney hasn't proven himself yet , will he take all of titchs mid time or does it get shared around between foote , mills , rose as well ?
Dahl the most 'solid' option for me

Agree Bont, "most solid" in relative terms. Sure a little preseason will help season or sour that argument.

The Bont
Guest
Reply to  throttlefinger

I need to see what role lids is playing , will play a big part In his relevance
I like Macrae , will get plenty of time in the guts this year and knows how to find the pill

Would be surprised if GWS used him as anything other than a half forward. If he's in top shape, may consider him.

Macrae definitely has a lot of upside. Put him a little behind Heeney in regards of ceiling. Both have troubles with the injury bug, so guts need to sing nice and loud for selection.

the Bont
Guest
Reply to  throttlefinger

yeah has to have an un-interrupted pre season for me to have him , should get great delivery from the young giants.
Heeneys the unknown for me , Its just a matter of how big of a slice of the midfield pie he gets, scoring potential huge when he's there but how long will he be rotated through there , not in my team at the moment.

Moustachio
Guest
Reply to  The Bont

I have definite doubts about Heeneys mid time, he will get the odd game but Titch could barely score some games as he is an absolute greedy ball pig

The Bont
Guest
Reply to  Moustachio

Not keen on him as a starting premo. I like thise guys to have a history of premium output. He has averaged 100 only once and that wasnt even last year. If you take out his rookie year Lids has averaged over 100 for his career. And he is cheaper. I know there is an injury risk but we do have 30 trades. If he stays on field he will give premium output.

Valid points luskin, I'm just not sure on how significant of a role he'll play for the giants …
Dahl will go 105+ for mine , lids has got a higher ceiling but a bit worried about the age and the talent around him .

And his average jumps to 100

My pod for the year, start without Dahl. It might be risky but I reckon it's worth a shot. Charlie Cameron for me to take it to a new level!

Dahl at F1 WTF!!!! I will not do it! Crap nobody in the Fwd line = Not sure I can do it. Look again Shit! Stuff all options though! Shit! Maybe I will have to. Shit!! – Repeat (This is my thought process every draft team I am making)