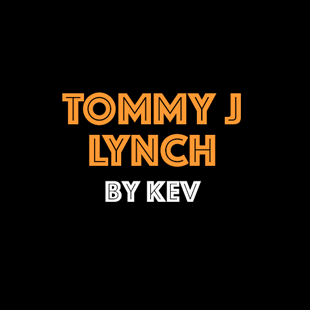 Year of the KPF – Do we even have a choice?

What a bloody year this has been. Terror attacks, Zika, Brexit, police shootings, Syria, Trump, record-hot temperatures, the losses of Alan Rickman, Prince and David Bowie, the boffins at Supercoach HQ absolutely DECIMATING our forward line for 2017.

There was already whisperings that the top 3 averaging forwards in 2016 – Zerrett, Zorko, Dusty – would be losing their DPP status. We’d get past that, Supercoach is always about strategy, but the reality of it really hit hard when the full list hit on a Friday afternoon. Barlow, Greene, Hall, Wells, Joey – all stripped off DPP status. Of the top 10 averaging forwards last year, only key forwards Saint Nick (4th), JJK (8th) still stand, along with Luke Dahlhaus (9th) We’ve been thrown a ragtag bunch of new DPP’s and to be honest, none of them excite me in the slightest. It’s time to break the golden rule of Supercoach: Don’t pick key position forwards. Arise Sir Thomas J Lynch!

There’s always an element of risk picking a KPF. Scroll back up and look at games the amount over 100, and again at games under 80. While you’re there check out his price range. It’s enough to to make you want to tear your bloody hair out.

Rather than stick to the rollercoaster scoring that KPF’s are known for, he just goes straight up missing (impressive for a bloke standing 199cm) He delivered us some absolute garbage in the middle of the year, dishing up a 37 and a 42 in a run of 4 games where he averaged just 55.8. Take those out and his average jumps to 98.6. His durability is a plus, only missing two games in 3 years.

You won’t be making a lot of coin out of Tom, at 505k you’ll be putting your plums on the line picking him as a premium keeper. You’d also be hoping that he can get rid of those stain on the underpants scores and his bad games become 80’s.

Natural progression should see this happen. He took on greater responsibly in 2016, Becoming a co-captain alongside Steven May and the now-departed Dion Prestia. Alongside May and 2m

I changed my mind a few times doing this writeup. It was difficult to fault his numbers. When you consider a contested grab (6 points) + kick (4 points) + goal (8 points) is 18 points. Times that by 3 sausage rolls a game he’s hitting 54 points by doing what the stats says he’s done in 2016. He doesn’t have to do a whole lot more to get into the 80’s and a day out will push is score further north.

However, this game isn’t just about stats. Part of me refuses to let go of the “No KPF’s” unwritten rule that the Father of Fantasy has instilled in us. 2017 is the year to roll with the punches, Tom has a decent ceiling and with stuff all else you should…

He’s on bloody fire this preseason! Chat with the great man below.

"We’ve been thrown a ragtag bunch of new DPP’s and to be honest, none of them excite me in the slightest. It’s time to break the golden rule of Supercoach: Don’t pick key position forwards. Arise Sir Thomas J Lynch!"
Kev, Community Series, December 11, 2016.

Bloody brilliant write up Kev! Absolute top shelf. It is a brave new world we've been presented with up FWD this season. I'll be looking to use my FWD line to stockpile rookies as much as is practically possible.. I'm down as 'unlikely' for tommy j.

Cheers, Jock. Keep flip-flopping on him myself. Plenty of high priced rookies up forward sure, now it's a mental game for these guys. Can they step to the rigours of AFL? Going top 10 in the draft doesn't always lead to success (Tambling…)

Wary of rookie stockpiling blowing up in my face

Now that's what I call a robust midfield!!!! Looking through this side Adam I'd suggest you know a fair bit about the rookies

That's a hell of a structure, Adam! Who are your upgrade targets up front or will you wait to see which forwards come to the party?

Considering his starting price, Heeney isn't a great upgrade target. If you believe he'll be a top 10 forward then he should be in your starting team.

Some food for thought.

Stella review Kev. I think the only key forward id pay over 500 for is buddy. Lynchs variance in price throughout the season means he's likely to bottom out at some point & perhaps that's the time to strike with this beast. The early bye for GC further complicates. Like jock I'm planning a rookie assault up front. There will be some good ones with DPP

Good point, Pie. Probably not capable of those bananas 150+ games that Buddy can pull out, but don't see him dropping into the 300's either. If he's mid/low 400's after his bye with a low standard deviation I'd like him as a POD

As Higgo pointed out they have a nice run home. If there in the hunt for the top 8 he could be a good option to jump on

Ahh buddy may not be the lock everyone thinks…

Have done an article on him which i hope will at a minimum give everyone some food for thought..

Love this Kev – I had him the back half of last season and he delivered in spades. With Gold Coast's draw he is looking very probable – but as we still have months to go I'm not calling anyone a lock at this stage.

Had him as well Patch, bit of Hail Mary move after the byes and was very impressed. Few kinks in his game but I think in years to come he'll be a very relevant option

The Higginator has landed lads!!

The GCS midfield could bat reasonably deep next year… GAJ, Barlow, Hall and Touk Touk all fit would lead to a lot more opportunities for Lynch next year. If you factor in natural improvement it would be hard to see him not being a top forward.

If those walking injury risks look like having a strong pre-season / NAB (GAJ especially), I will be
a) Locking GAJ
b) Locking Lynch

My thinking is the same as yours.

The 5 mids they picked up in the draft are good enough to play next season as well. All gems

Yeah structure wise you would have to give high consideration to starting GCS and PTA to get you through byes since its not hard to cover 2 teams being out (assuming you don't go crazy and fill half your team from them).

Locks for mine so far look like Hartlett, Ryder, Swallow, Bowes, SPP, Eddy. And then GAJ and Lynch if GCS looking strong.

Hmmm a bit to cover actually! More than a quarter of my team would be out in that bye… Hoping GCS does not have a stellar NAB, then I can wait to upgrade to GAJ/Lynch if their season comes together before byes. And if not then Robbie Gray will probs have hit some cheap price point to snap up instead.

Nice work Kev! Could look a nice option, I have Gunston in my team at the moment, could change to Lynch though

cheers for the write up kev! If gold coast are at full strength r1, he will be firmly in my calculations as f2 with buddy the other kpp im considering

I'm digging him, fellas. Without Zorko and Martin i'm feeling kinda lukewarm on the Macrae and Caddy replacements, so I've been rubber necking every time I cruise past Lynch's name in the Higginator.

As it stands he's in my team. He'll get better service this year and is taking on responsibility at the club. They have a great draw and with the lack of forward options around, he's in my starting team. The early bye too will be advantageous come R11-R13. If I didn't start him I'd only be looking to trade him in post R9 to cover this period anyway so may as well save a trade and go with him…