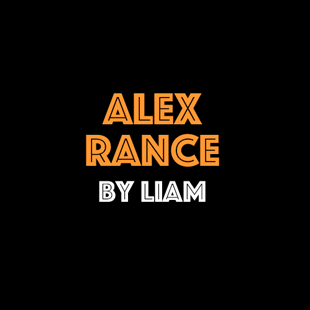 Over the last few seasons, Alex Rance has transformed himself into one of the best key position defenders in the competition, if not the best. His ability to shut down an opponent and then win the ball himself makes him arguably the most important player for Richmond heading into 2017.

Rance is a competitive beast that isn’t afraid to take the game on once he gets possession of the ball, with a great knack to rebound effectively from the defensive 50 much like a typical half back does.

Once maligned for his poor kicking, he has definitely improved to a point where Richmond wouldn’t mind the ball in his hands, with some great decision making by foot another feature of his game.

He also excels in the one percenters, making him quite simply a complete key defender who has almost changed the way these key backman are now required to win more of the ball themselves or intercept instead of simply curtailing an opponent.

He is one of the real characters of the game with his antics throughout the Richmond Football Club a highlight and there aren’t many footballers as energetic as he is.

But he also lets his footy do the talking. Three consecutive All-Australians in 2014-2016 along with a very healthy level of Supercoach scoring with averages of 88.6, 97 and 98.4 in each of those seasons.

Key defenders are definitely the same as key forwards. The highs can be very rewarding with massive scores but the lows are to be expected.

Inconsistent scores are a possibility, however Rance has shown he is capable of stringing some consistent scores together. If he can stamp out some of those sub 80 games, it wouldn’t be unrealistic to see him hit the 100+ average for the first time in his career.

Pick him with the view that he will finish up a top six defender. That is not out of the question if Rance keeps up his scores from last season. Despite missing two games he still finished ninth of all defenders in total points.

Out of all the key defenders Rance will come in as the most expensive, but it’s for a good reason. While he may have poor scores here and there, he’s generally very solid and his Supercoach scores do match up well with other defenders in the game.

Rance is still only 27 years of age, a scary proposition given that there is still plenty of room to improve and grow. Therefore, don’t expect much of a drop off in output from him if any at all.

Based off his rise in Supercoach averages over recent seasons albeit slightly, averaging 100+ seems very possible and would make Rance a more than worthwhile selection.

However, given he along with fellow key position players have the tendency to throw in some shockers, he comes with an element of risk, but Rance will be able to compete with other premiums in Supercoach defences for 2017.

Great stuff Liam! Have a chat with him below, or over on twitter: @LiamWatson77

Great write up mate, lots of food for thought. Rance is a tough one, but key issues for me are priced at max and his return last year was his best yet. Hard to expect a higher output from him. Will consider but unlikely starter for mine given other options.

Feels weird having plenty of options down back. I like Rance, but there's a few ahead of him at this stage.

Yeah agreed Kev, with all the new defenders next season it makes it tougher to start with Rance, but still a decent option

Too many good options down back this year to consider him on my end, especially at that price . Love watching rance play , great footballer. But don't want to be on the end of one of his 50s . Cheers for the write up Liam

That's the main issue I think, those inconsistent scores he needs to get rid of

Very pricey for a key position player. Will probably need a few up forward at some point. So I'd like to keep them to a minimum. I'd much prefer rebounding intercept defenders that run with the ball off half back. And there's no shortage of them in 2017. Nonetheless if Rance presented some real value at some point I'd take a closer look. Great job on the article Liam

In my mind, the decision on whether to pick Rance or not depends on the quality of my defensive bench. I rate JJ, Adams, Laird (and maybe Hartlett) ahead of him in potential average, but they all come with durability questions. Rance is more durable. If i think my bench can give a 70, then I would see Adams as 17 games x 105 plus 5 x 70 = 2135. Rance as 20 games x 100 plus 2 x 70 = 2140. So a 50/50 call. If Adams is only 16 games and the bench is at 60, then it swings it back to Rance. With Collingwood's tough early draw and Port's early bye, I might start with Rance and look at the other two after their byes. A marginal call, and maybe not as crucial and season defining as some of the other players profiled here.

just too expensive. too many better options in defence this year

Gonna be a bit of a sheep on Rance.

Too many other options in Def which is a change so will probably go with one of the new lot.

Off The Bench
Guest

Upgrade target for mine. Very durable but he'll be available at a discounted price at some point during the year.

Just think JJ will be sooo over-owned. If he rips his hammy off the bone again anyone without him will have a huge advantage. Whereas I just can't see him averaging high enough to punish those without him.

Durability counts for a lot but he's a Touch To Much as Bon Scott used to sing.Always a good upgrade target 400-460 mark when injuries start to kick in.

I rate Rancey as a footballer not as a supercoach option, much prefer those midfielders with defence option (Adams, Vince)

Not sure what people are expecting tbh. Guy is as fit as a fiddle with ZERO durability problems and goes just shy of 100 two years running. Good luck getting him cheaper when he follows that 65 with a 140 the next week! I'll be locking him in and banking the points for the year, cheers!

I rate Rancey as a footballer not as a super coach option, much prefer those midfielders with defense option (Adams, Vince)

Wayne Bennett has now coached teams to the grand final in each of the last 5 decades … Raiders, Broncos Dragons and now the bunnies. #supercoach… #nrl #waynebennett @SSFCRABBITOHS #gloryglory

#nrl @SSFCRABBITOHS - @SeaEagles rivalry is back & renewed!
Will the player poaching silver tails win via turbo ? OR
Will Master Bennett the #SuperCoach inspire the #Bunnies to #nrlGF ? #NRLSouthsManly

🍻 Stand out from the crowd this #AFLGF!!

@Supercoach #supercoach was pretty tempted to take a bite of that keyring, looks nice and juicy

For those who enjoyed revisiting the 2015 Jock Mag, we’ve got the 2017 edition up here too!

Have a #supercoach squiz here: https://drive.google.com/file/d/1wGaCq-G6u9yHpPPyowwjGZkwebiuxghG/view?usp=drivesdk