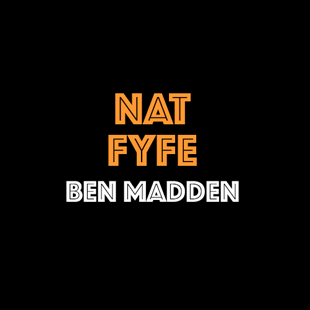 Season defining decision – can he return to his Brownlow form

The football world went into 2016 with a new no.1 in town. Nat Fyfe, fresh off a Brownlow win, was looking better than ever.

He was set for a big 2016, and was looking to help Fremantle get even closer to their elusive first premiership.

Then, in Round 5, the Supercoach world watched in horror as Fyfe went down with a leg injury that would see him sit out the rest of the season, as well as see Fremantle slump to the bottom 4.

The stage appears set for a triumphant return in 2017, but the question on any Supercoacher’s lips is – will he return to his high scoring ways?

Fyfe is injury-prone. That’s the long and the short of it.

Each year he has niggles. Each year he struggles to play a full season. When he’s on the park, he’s arguably only 3rd to Dangerfield & GAJ in terms of scoring power, scoring 9 125+ scores in 2015 out of 18 games.

This means that for every time you have him VC, he’ll toss out a score worth taking exactly half of the time. He’s a genuine VC option, which your Supercoach team needs in order to be competing for the 50k prize (or your league). However, a lot has changed in the Freo midfield since 2015. Lachie Neale has emerged as a serious midfield premium, and Michael Barlow has departed for the Gold Coast Suns.

Will Fyfe be able to slot back in and fire, or will the change in personnel affect him? There’s a lot of ifs and buts surrounding Nathaniel Fyfe going into 2017.

Nat Fyfe is picked as the first name on your teamsheet. You want to have him in your team the whole season. He’s also picked as a potential VC option (though do note, Fremantle play 11 games on a Sunday in 2017, so don’t get sucked in by that).

Nat Fyfe is a season defining selection. Make no mistake.

If you don’t pick him and he goes bananas, you’ll already be a trade and points down, and scrambling to get him in. However, if he is in your team and goes down with another injury, then you’re in a world of hurt.

With durability as much a key factor in Supercoach as ever, I am still wary about selecting a Fyfe that I am not 100% sure will last the whole season, especially when I’d be able to select a durable premium who I have a lot more faith in.

After all, it’s sometimes about the players you don’t select. At his price and with his recent history, I am leaning towards leaving Fyfe out. This will most likely change once he tears up the NAB Cup (but hey, I can try to be strong!)

Catch up on what you’ve missed & subscribe on the iTunes here. It’s what the kids call an “app” for podcasts: https://t.co/bB8B6ARc32

The no discount muddies the water on Fyfe. He is possibly still unders, but a discount would have shifted the needle on the risk versus reward. Still in my team, but not locked at this stage.

Unders for sure , durability a slight issue but can't say no to him at that price .
One of the few players capable of averaging 120+ .
Need to see a solid pre season but if he's fit and firing definite yes for me

Despite the fact I said I'm never picking another non durable player again, I'm a sucker for value. The ceiling of Fyfe is too good to ignore. It's also his contract year, so he's going to want to put on a show to get the MEGA bucks. Great job Ben. Your right it's a critical call

I said that too. Just wait. My starting team will probably have Fyfe, Beams, David Swallow. Hell I might chuck Rocky in there yet haha

HAHA. ATM I have all of them & JOM lol

How can you not? I bet SC will bump the price up. Cynic!

I might arse off Jobe, but basically locked in for me.

How many of those will be keepers Gaveday?

Mac all expect Jobe are locked in for me.

SC have plastered prices subject to change. Seems a bit suss to me. Have a feeling players in a high % of teams may get slugged extra

I agree pieman – but nonetheless I have to try and get my dream team.

Same place with He Who Howls At The Moon. Would've liked that price $25K lighter but his ceiling is massive. Weekend mood changer not having him and Fyfe thumbing you in the eye for 150+. Leaning toward yes. We shall see. Tight review, Ben. Thanks, my man!

I think the SC boys got this one right. He is not too cheap like beams that everyone will have him and not too dear like bald jesus which with his injury concerns would be a pass.
Dammit he is right in the juicy part of the curve and around the same price as bont, cripps and other up.and comers.

A real head scratcher. I have not ruled him out but would want to see a mighty impressive pre season before getting a gig.
but is unders for what he can produce.

Nice work Ben got us thinking and yep could be a defining call.

His physique SCREAMS career defining season of savagery coming right up… First picked for me. $573k is discount enough. Oh how quickly we all forget that he literally was Superman in 2015 and thus the #FyfeIsLife hash tag was given birth to… This kid is about to tear the whole competition into pieces of scrap metal in 2017! #ThoseGuns

Can someone tell me the price of buddy next year?
Doing an article on him.for the community and should put in his actual price instead of an estimate.

Stop what you're doing, and go watch a couple highlight reels of this sexy beast on the youtubes. After you've finished cleaning up, lockity lock this magnificent specimen in. Yes he will miss a few games, yes it will be worth it.

PS he is not so much a VC as a C option due to the late games, which goes perfectly with the best loophole (Strnadica). Can be comboed with Danger VC a lot. Might need a year long Kleenex subscription.

I'm happy to pay 573K for a fyfe! stoked to be honest. They apparently could of got him up for a few games at the backend of the 2016 season. Anyway, his off season training camp has him looking like a beast and he went 3rd of 5th in a time trial at freo recently. He is not your typical lactic/endurance type athlete. The way he jumps and breaks tackles means he is somewhat of a power type of athlete. He is running well……FYFE IS LIFE @Lekdog

locked and can't wait to have him in my team again

Still a super price for a super premo. Unless something dramatic happens this pre-season, he's locked and loaded.

And at this stage my midfield is similar to others. Treloar, Bont, Beams, Fyfe, Heppell, JOM, D Swallow, Myers. Of course all subject to change but not a bad starting 8. Think I may change my forward line 16,000 times between now and the start of the season though 🙂

I actually think Treloar will become the main man at Collingwood and outscore Pendles next year. No Danger is a danger in itself but I firmly believe he'll come down in price at some stage.

I agree on Heppell and Beams…. they're not locked in by any stretch. Need to see how they're going pre-season. JOM and Swallow also need to be impressive pre-season as I may consider one but not both.

Agree on Treloar Harry, 2nd mid picked after Dangerman. Heppell is more than likely in. Tossing Beams and Smurf, and I reckon Swallow over JOM. Cheers

The hot vapor released from the cleaning solutions need to be no less than 130 levels F or more popular with a specific end goal to efficiently fresh, cleanse, and perform infection from areas. Carpet Cleaning Adelaide