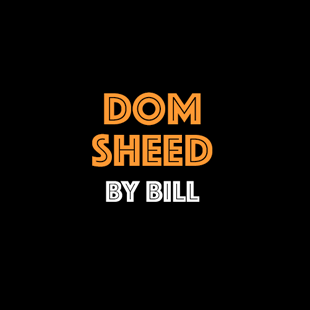 In a case of out of sight, out of mind for most east coast dwellers, Dom Sheed has become something of a forgotten man in the West Coast midfield rotation.

He had a very strong second year with the Eagles, playing every game as they made it all the way to the big dance. But a torn pectoral muscle just before the season derailed his 2017 campaign.

Can Sheed bounce back and prove to be a SuperCoach bargain this year?

At face value, the above figures don’t show an attractive option for 2017. A deeper analysis shows they aren’t quite as bad as they seem.

Sheed struggled in his first two games of the season, scoring a meagre 20 & 30. His next three were more of what to expect from the West Australian with scores of 66, 70 and 80.

According to Champion Data’s AFL Prospectus 2016, Sheed’s first 33 games compared well to Jack Redden, Trent Cotchin and Jack Steven, all of whom were also high draft selections and have gone on to average three figures. Here’s how Sheed stacks up in the first years of his career:

Sheed’s development in his third year was derailed by his injury, but his strong second year SuperCoach output does suggest he was on the right path to emulating these players.

Sheed has the tools to exceed at AFL level and in fantasy circles.  He has the size to win his own ball and take marks and the skills to hurt the opposition when he has the ball. As Sheed enters year four, will he be able to emulate the other three men on this list and push his average to 90 and beyond in 2017?

After what was essentially a lost year in 2016, it’s hard to determine exactly what Sheed’s position in the Eagles hierarchy is. He’d need significant midfield minutes to warrant selection in 2017 and at this stage we haven’t seen any proof that this will eventuate.

As for West Coast, the loss of Nic Naitanui for the majority of the 2017 season will probably have a negative effect on all of the Eagles midfielders as they are starved of first use of the pill at stoppages. The other variable is the addition of Sam Mitchell. If he takes on a midfield role then that’s one less spot in the rotation for players on the fringes such as Sheed. On the other hand, if he’s deployed at half-back, his disposal going forward may assist those further up the ground. Watch Mitchell’s pre-season closely as it will affect all of West Coast’s players.

At his price, painting the fence won’t cut it for Sheed. To be judged a successful selection, he should be used in a sideways trade to pick up a fallen premium just before his bye in Round 12. He’d have to appreciate to around $450k, which would represent an average of 83.4.

This is the magic number for Sheed. If he can exceed this average he will save a valuable trade in the upgrading process. If not, the extra $120k would be better invested elsewhere in your starting side.

Sheed’s age and talent are indicative of a breakout candidate. However concerns over his role in the side make it hard to commit to him at this stage. Monitor his pre-season very closely.

Great stuff Billy. This is EXACTLY the kind of bloke that might suck plenty in given we have stuff all to pick from down FWD. No here as well – really enjoyed this mate!

Bang on Bill. He'd need to convince the crap out of me in the preseason. Can't see it happening. At a similar price point we will have Hugh McLuggage who DPP & is straight into the Lions guts until he gets home sick & hits the road

Do you reckon McBags will score more than Sheed in that Brisbane side? I don't think so personally

It's basically year three for this bloke, which going by your stats means he will average high 70s most likely. Adjust that for some rust and it's probably low to mid 70s.
Let's all just pick Dahl and probably Buddy and hope Heeney makes the leap.

If Myers is playing in round 1 he'll be hard to pass up at that price. Moo Cow

Due to looking at going light in fwd line might be able to squeeze Dyson in at m5.
100% with you on Myers INP

I'm hearing JOM is at 318K. Full discounts have not been applied. Swallow at 280K

You'll take both those boys at that price Moustachio? The HS replied to my comment about JOM's price increase & it's confirmed & due to "game difficulty" & discounting him would make him an easy target. Fair enough I guess

Fudging herald sun gastapo – they can't make the rules up like this. It's a disgrace.
The % discount should be formulaic because the price rises are.

Well I almost retracted my statement re: JOM, as not enough coin predicted to be earned to justify his spot over a rookie. But then you look and see how ridic expensive the top rookies are this year, and it turns out he is still good value =p

I see what you mean Moustachio. I'd back him in to get to 500 vs Mcluggage to get to 400. The risk is his durability. And you don't want too many blokes you know you need to dispose of. Are you on Facebook mate?

I am thinking Swallow is a better mid-price option than JOM?

Sure, add me on phil_is_me [at] hotmail dot com

Always good to have a real time sounding board 😉

Obviously the Herald Sun don't want us to pick any of these guys. Outside of Myers NONE of them offer value. Far too much risk riding on them hitting their straps from round 1 and they're all WAY too expensive to be stepping stones. Pass.

Love to see what sort of shark moves the community can come up with involving these guys! 🙂

Yep. If JOM is 318 as the boys said he was on the Superfooty Podcast then he's actually more expensive than last season. Which is ludicrous. I'm hoping they've made a mistake & he's as cheap as he should be. Swallow at 280 also means they haven't applied the full discount he should have got. I've got no idea how they got Myers at 133k. In 2014 he averaged 86. It's not consistent

Looks like they have given us a 10% discount to work with. I am glad as otherwise we would have seen a lot more cookie-cutter teams. This makes the decision making process a lot more interesting.

Ryder and Myers will be locks for mine. Heppell is a firm no at that price.

On the wait and see list I guess are Hurley, Hibberd and Watson. Need to see how their mindsets/roles are after pre-season and NAB. Probably most aroused by Hibberd's prospects as the main rebounding defender at the Dees, coupled with a low price point he does not represent as much of a risk (even if he fails at least he will gain some coin).

wasnt the team picker meant to be out today? Have been out of the SC loophole for a bit now so have absolutely no clue whats going on, but getting back this beautiful website is giving me an amazing arousal curve

I love you jock you brilliant man

Not just jock but the whole community.

Have taken this website to another level and have delivered in spades!

As for Mr Sheed to many unknowns at this point but so a bit of wait and see scenario until some of the unknowns become more clear. Once we have a clearer picture will look at due to the dearth of options in our fwd line

Another to look at Billy boy
Nice one.

Indeed it was, but the Herald Sun are usually tardy with releasing it. Expect to see it later in the arvo.

UPDATE: It's being released at 2pm.

ANOTHER UPDATE: I was right the first time, the team picker will be out "later this afternoon".

Just a note, the Magic Number to make in-season price adjustments is about x5.1, as opposed to x5.4 for between-season adjustments.

Speaking of the magic number; it looks like it'll be slightly higher in 2017 at $5,435; they're running a live chat right now over on the Herald Sun web site and some prices have been dropped.

The magic "number" does seem to vary from season to season. The x5.4 one varies little. The disturbing part is the x5.1 varies throughout the season, and actually drops below 5 by season's end which is why everyone looks so much cheaper at the end of the year.

Speaking of prices, Jaeger Bomb has done just that for me: $318K is his confirmed starting price in 2017. Far too rich for my taste, you sharks can have him as a POD.

Ahh there you go I didn't know that

You've dressed him up well, Bill. Those comparison stats look good on paper but there's a bit of midprice trap about him. I'm warming to the idea of going straight guns n rookies up forward, rather take a punt on a expensive rookie

Will anyone be making a excel spreadsheet picker for those of us without SCGold??

Good to be back fellow SCers

Agree with Jess here Jock……have a chat to Peter and get the best thing since Man worked out what to use barley and hops for, the magnificent HIGGINATOR back up and running again mate!

stay tuned lads – Higgo will look after us

Just out of interest what did they price sam menegola at?

Gaggin me!
What did he play 6-7 games?
Ludicrous.
Was gonna put him in instead of JOM or swallow but not at that price!
Was thinking around 300k.
Ludicrous.

On a quick glance, Jimmy’s Devils who are 8th overall, 217 points behind, seems to have gotten the best of the first 2 games.

Hopefully he has a trade for Doch🤞

Looks to have a solid chance at closing the gap.

To help relax you on Grand Final week, the crew from @jock_reynolds have made this #SuperCoach meditation.

Almost 9 per cent of #SuperCoach teams have Max Gawn as captain in GF week! 🥳

And we're betting a lot more have the VC on him too.

How many point will he score against Essendon today?

A Guided Supercoach Meditation by Jock, Higgo & Crouching One

2020 has been a tough year on all of us. The Supercoach action has been intense and unpredictable. Join Jock, Higgo and Crouching One for a 15 minute guided meditation, to help you through this Read more…

Afternoon Community. I’ve been so relaxed from listening to Jock, Crouching and Higgo, I nearly forgot to write out a cheat sheet this week. I know that for most of us, the season is over, Read more…

It’s finally here, the last round of the AFL season before we hit Finals. It was a difficult, confusing, frustrating and troublesome road, but we finally got there. For some you’ll be fighting for your Read more…