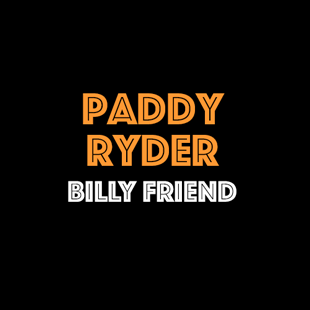 Young Padawan has returned to fight once again, which side will he favour in 2017?

The fallen premium, returning from the dark side of an erratic 2015 will be keen to prove his worth after a year in the stands. This could be the year where he truly sees the light.

A plethora of qualities are required for SuperCoach success, but an open mind is one thing that separates the good from the great. I think back to when past winner and our dear friend John Bruyn of the Dimma Witts started with Travis Cloke, banked his mammoth 195 in round 4 and ran with it, trading him out just as swarms of coaches looked to add the big oaf into their forward lines. That required an open mind.

“We had some cake to welcome me back. I asked for some cake and there was one.”

Last year’s winner started without the best player in the whole bloody competition. It seemed like suicide to go without the teen wolf, but Fremantle were awful and his injury history caught up with him. That required an open mind.

Fast forward to this year, and we are presented with a straight forward ruck strategy that we shouldn’t have to think twice about. Two rucking behemoths, Goldy and Gawn, it’s that simple right?

Wrong. We must assess ALL options with a fine tuned microscope if we are to be successful, and Paddy Ryder has emerged from the darkness to challenge for a spot in our ruck. Oh, and if you can’t stay away from the uber premium ruck duo or are keen on old Sandiballs or Grundy, there is a part two to the discussion on Ryder, that’s fine because he’s a forward too! And a cheap one at that.

Ryder has an impressive resume of SuperCoach scoring under his belt. At the Bombers he’s averaged over 100 for two seasons and over 90 for two years rotating as a forward and a ruckman. The role of Ryder is key to his SuperCoach scoring output. If Port Adelaide were up and about circa 2014 I would say he could get away with playing key forward and averaging around the 100 mark, but they have sold their soul to China and their main tactic is for Koshi to swoop in and talk his way into our hearts by regaling us with tales of the heritage and history of the ‘this proud football club.’

So, Ryder’s scores will follow too much of a yo-yo pattern if playing as a forward and pinch hitting in the ruck, he needs to be Port’s go to big man! At the Bombers, Ryder displayed a huge propensity for effective hitouts and disposals around the ground and he really is an exciting player to own. He loves getting involved and isn’t a ruckman that just gallops around the ground not even watching where the ball is. I’m looking at you Lobbe you big lump.

There is no way Kenny can run with Lobbe as Port’s starting ruck this year, he’s just too awful. In fact, Ken was so keen not to have to stare down the pale complexion of Matthew in his team huddles that he played Jackson Trengove in the ruck for much of the season instead. That’s insulting for Lobbe, but the big saucy monster will get over it. He might even get a few touches in the SANFL to make up for it. I really envision Ryder being the man that Ken wants to grab the solo ruckman role by its kahunas and never look back.

This is where it gets juicy. Paddy is not without significant risk and doubt. His durability is certainly a potential concern. In three of the last four seasons, he’s failed to play more than 20 games and has a tendency to pick up soft tissue injuries. He did put together 107 of a possible 110 games earlier in his career so there is light at the end of the tunnel there.

After a year of no football, we don’t know how hard he’s been training or how fit is he going into preseason. If he’s undercooked, he could wreck havoc on our teams. He has no injury concerns to speak of currently and has been reunited with his teammates on the track, so promising signs BUT it is a big unknown.

His role in the team as that number one ruckman isn’t nailed down and we could see him spending large chunks down forward relying on goals for his scores. If Port don’t improve on last year, we will see traditional key forward type scoring from Ryder, which isn’t what we are after. An injury to Charlie Dixon or one of Port’s other key posts might see the versatile Ryder become the go to man inside forward fifty, which may reduce his SuperCoach output.

The majority of people will select Paddy as a mid priced forward, and I think this is wise. He may not quite have the scoring power to compete with Gawn and Goldy or even the returning Sandilands but surely has potential to be a premium forward.

YES (Pending his role in the NAB)

If I see this athletic beast leap around the park in the NAB as a solo ruck or hear Kenny’s plans for Paddy in a conclusive manner, I’m on board. He offers huge value, too good to ignore for mine.

You can say OY to Billy on the Twitter: @billyfriend25

Like the Paddy even though he burned me last time out. Lot of potential. And could be a top 5 ruck by the end of things. Right now I'm waiting to see the role and form during NAB. But high on the list. Value, scoring potential and DPP makes him highly considered. Solid review, Billy!

Contemplating Ryder as an affordable loophole f6/r3 in the hopes that Sandi can be a goer at r2 with a DPP rookie as R3/f8.

Eagles is your man for that R3/F8 role. Get on board. Lions have a tasty captains loophole fixture. If he is confirmed 102k R/F tomorrow, he should be in everyone's team.

Check out Darcy Cameron as well. Might even manage a few games if the Swans have a few injuries to their big men

Errrr it is impossible to google a player with the same name as an afl club :S First name?

Strnadica from Freo is looking good too.

It's a dark day when I'm bloody considering Paddy "Kleenex" Ryder. He could get himself up to 520k no worries with a decent on field role.

Your selection purpose is bang on, BillyF. We haven't got much else!

Will have him in consideration. But only if he's cheap. DPP confirmed which is handy. But I'd also like to be sure that Lobbe is cast aside. He's burnt me before & im not the forgiving type. Cracking job Billy. No doubt an important decision to be made here

Well my friend. You've done well in your analysis.
For me it's like this
Number 1 ruck+At 380k+DPP = in my team.
It's that simple.

If that first part of the equation is true, I agree, GD.

Surely he'll be number one ruck after Lobbe stunk up last season. I have no doubt it will be so (had my first beer).

First beer logic I can get behind, my man.

I am of the opinion that he won't be a full time ruck, at least to begin with as they'll want to help shore up the forward line that only has Dixon as a contested marking tall target. That could definitely depend on how Brett Eddy looks too.

We'll have to wait and see how they line up in the pre-season games though. Has definite value if he's rucking full time, even more so with the dual position eligibility.

With the lack of decent forwards I might start him in that line I reckon. Love is just awful, plus port has Dixon as its key forward so Paddy should be mostly rucking. Eagles as R3 and I can swing em round.

Love can be awful. It can also be like a zephyr or cool air blown across a parched land Steeevey. Stay strong my friend.

The Stiv
Guest
Reply to  Jock

You bring a tear to the eye Jock.

He's suddenly lookin alright next to the others we have available up there isn't he community!

I had a strategy last year for ruck support if needed, essentially picking Tippett fwd and having a rookie as R3. Early days, Tippett was a muppet but then he struck gold for a few rounds to the point everyone was drafting him in. It was working. Then he got injured and the whole strategy went out the window, just before the byes.

But in 2017 I still intend on the same strategy to have at least one ruc/fwd in the forward line. It's just a question of who. Ryder? Nankervis? Will have to wait on pre season. I like Ryder if he's actually playing ruck

I think this is a key strategy. It allows you to use a forward bench player to effectively cover a donut in the ruck, as we can't rely on ruck rookies getting any games so we are forced to take an NPP there. The same player also covers a donut in the midfield (assuming at least one M/F premo in the field and a M/F rookie on the mid bench) and of course the forward line. Cover for 3 positions from one player = best team structure IMO.

Deep into SC research on a Monday night has lead me here.

I agree with the structure but struggle to grasp the concept on how it covers the midfield position? Unsure how Paddy Ryder can cover a midfield doughnut, unless you're referring to the sole DPP mid that you would swap down to the forward line?
Would love an explanation?? Cheers.