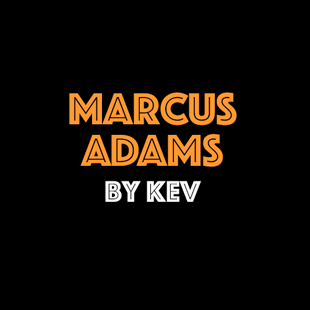 Can he mix it with the big boys of Supercoach, or will it be second year blues?

Marcus Adams was a revelation for the Dogs this year. A mature aged player from West Perth, he was picked at #35 in the national draft. After firming for a round 1 berth, 39% of coaches started with him in their forward or backline. This swelled to 57% after 24 possessions, 5 marks, and 135 SC points against Jock’s Saints in round 2.

His season was cut short by finger and foot issues, only managing 11 games. Though he still managed to establish himself as a key part of the Bulldogs back 6. Not too shabby for a bloke in his first year of AFL.

I’m just going to cut straight to the chase here, 439k is simply too much for Marcus Adams in 2017. He has lost his DPP status and if history has taught us anything, 400k-odd defenders are a massive headache *coughRichcough*

Take out his one monster score and his average drops to 75.2. I think that’s exactly the type of scores we can expect from Marcus. His numbers remind me a lot of Jeremy McGovern. Doesn’t need a lot of it to score an 70-80 but that’s his ceiling. Will have the odd good day out but he’s not the type you can rely on every week.

He also stood beside Tomahawk (R13) and Buddy (R15) for returns of 62 and 50 respectively. Doggies are flush for rebounding defenders, Marcus Adams may very well be a key position back in 2017.

Nothing to see here. Move along.

Going GnR next year with a focus on durable players unless they have a massive discount.

Adams doesn't fit any of those categories so Marcus outta here.

Savage brutal & right on the money Kev. No shortage of options down back. No need for a Hail Mary. Up front however is a ghost town

They've left us with wells & lids & Bennell. Huge questions marks around them all. Will have to remove lids from the banned for life list & give him another look

Poor Ol Marcus Adams Kev .. True though unfortunately.
Was very thankful for starting with him in round one in 2016 but there will be another rookie to replace him , no thanks Marcus .

They can't all be yes men. Well said Kev. " move along nothing to see here" lol

One of my more shameful moments was starting with JGov last year. Found myself justifying against trading him because that big score is just around the corner. Drove me bloody mad waiting for it

Great job Kev, but I don't think he can get the job done. Lot of good defenders available in 2017