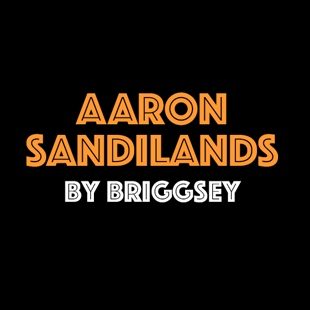 As my first community series piece was a bit of a speculative selection (Josh Caddy), this one may also be received this way.

But over the next 5-10 minutes of your day I’m hoping to provide you with some food for thought on how you may be able to structure your team.

We all know this big lump has provided us with stellar Supercoach seasons previously, but now his teeth are working their way down that massive 211cm frame.

Could he still be a viable option for us?

Now big Sandiballs is far from a lock this season..

I chose to review him because Big Maxy Gawn and Toddy “somethings up” Goldstein are going to be expensive. Can you start them both and miss out on all these star mids as well as snapping up the discounted guns?

Let me just leave these names here. David Mundy, Lachie Neale, Connor Blakely (who is just a young bull who wants the pill) and I think I’m forgetting someone… oh that’s right the majestic Nat Fyfe with a point to prove. These guys can win the pill and Sandilands should be knocking up hitouts to advantage on a regular basis.

Remember that “pop tap to space” the Fox Footy commentators loved and didn’t shut up about for a whole season? Well now think Stephen Hill, Bradley Hill, Harley Bennell hitting stoppages with some speed, could just add 2-3 extra + 5’s to the lumps game.

What if they bad third man up in the ruck contest? Who besides Max is going to be able to either out reach or out body him? Not many if any (yes this is a scribe reference).

Fremantle also have a bye in the last week of the byes meaning the Lump can chip away and be upgraded then. The man does get rested quite a bit but after missing most of 2016 he will probably be keen to play every week in what could be his last season.

I think he can average 100-105 Supercoach points for us with everything going right that could be higher.

If I was to select this purple giant it would be purely because I don’t want to splash the cash in my rucks and want to take a risk on the big guy getting back to his 2014/15 form. If he’s averaging just over the ton I’d upgrade him heading into his bye.

The Dockers midfield, I believe, will be much improved in 2017 and this should be good for Sandilands numbers.

Coupled with the possibility of the third man up being looked at one of the premier fantasy ruckman of the past decade could just give us one last season of pure Supercoach joy.

At $308,200 with his discount I think he’s hard to ignore given it will allow you extra salary cap to take advantage of underpriced guns on other lines.

Let me know what you think community…

Chew the fat with Briggsey below or on the Twitter: @Rjbrriggs

Good stuff Briggsey! He'll get a discount – its just a matter of how much in my book. Either way, you make some good chin scratching arguments here mate. For me, that size, that age, that injury history, at an awkward price where he's very hard to replace if he goes down early in the season.. not for me. Interesting story about his injured rib. His doctor ended up taking out his bung rib. Aaron let him take the rib home to use as a stand for his backyard garden umbrella. A nice bloke.

Can't risk him IMO. Have to start with Gawn and one of Goldy, Jacobs, Martin or Grundy I feel. I think set and forget is the way to go. No doubt Sandi is a monster, but his age and with Ross Lyon holding the reins, I'm not sure I can select him. I feel he will be rested or a second ruck will be playing alongside him which will hinder his output.

Locked in but just a matter of deciding whether he will join Gawn as R2 or join Gawn and Goldy as R3.

I went in with leui as my r3 last year swinging with Tippet. It saved trades but didn't get me the cash I wanted. I'm considering sandi as an r3 too. I just think it's crazy enough to work going in with an R3 who plays.

Hmmm some very valid points , its just a matter of how long he survives in 2017 .
Oh he can make it to that bye I think we'll all be blown away and picking him would be a master stroke . But I'm doubting he will at his age and that big body it would be a miracle .
Great scorer when he's on the park , which is why he has to be in the mix . Will have a look at my structure Monday and decide . Cheers for the article Briggsey

Gee wizz Sandiballs at 340k would be hard to ignore. But if he falls over early there's no where to go that wouldn't require multiple trades & completely compromising your structure. Either that or have some very solid cover. Smells like a trap. I'm not going to rule it out completely at this stage. Set & forget rucks is my preferred method. Loved the article Briggsey. Absolutely cause for debate

Good write up there briggsy! At 34 he's too old for me, risk of injury very high, probable trade waiting to happen. Have to say no, although at 340k I want to believe!

If he's around 350k he's going to be bloody hard to pass on.
An upgrade option for sure as he'd likely get rested toward the end of the season.
The problem I have with with him is at 350k the next good ruck option will be 200k more
That means we have to have 200k in the war chest at the start in case this bastard goes and gets banged up again
Will be interesting to see how other coaches approach

Has to be worth a look. It really depends whether some of the other up and comers can slot in at R3 potentially with DPP.

I love Sandi. If there's a decent R/F I can plonk at F2 or 3 Sandi will line up alongside The Bearded One in 2017.

That crossed my mind Kev. Worth a thought. Although I'd prefer not to trade both of them if possible

I'd hang onto Boyd to eventually become an F7/8 and loophole him when possible with your R3.

The strategy gears are turning!

In 2013 Sandi played 7 games and avg 64.The following year his starting price was $310,700.I remember starting with him that year as a lot of other coaches did and while he was a risk that year like next year he completed 21 games and avg 107.8.Surely playing less games this year than 2013 he would come in at 300-320,000.If fit and up and running big risk big reward.

Good chance he shares some ruck duties this year, Freo are not going to run him into the ground.

Five games is enough that he will be priced at his 2016 average of 70.8, for $382k. He may or may not get an injury discount of 10% on top of this… Regardless he is an absolute lock and throw away the key for mine at that price, provided he is selected in round 1. Look at his 2014 where he came from a similar price and was not only one of the biggest cash cows of the year, but the #3 ruck behind only Sauce and Goldie.

If he goes down in round 1, young Mr Patrick Ryder will step up to the plate and whichever hot young forward rookie looks the goods will step in via the magic of DPP.

There are many beer drinkers around the world who have heard through the grapevine that Belgium puts out a good brew along with Germany, Holland and a couple of other countries around the world.