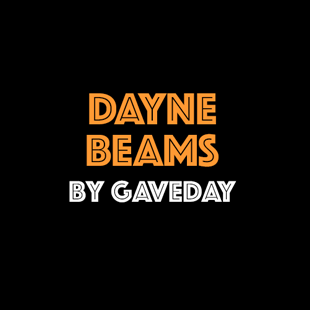 Sicknote or ray of light?

Awful puns aside – these are the cold hard facts……. In my humble opinion (there’s my get out clause folks) The biggest question you will face in 2017 is – do I pick Rocky, Beams or neither?? I firmly believe the wrong choice will cost you glory,so please continue to read my article but also read the Rockliff review by Carlos. Be informed!

Dayne Beams is a points magnet. But he’s also an injury magnet having done his knees, shoulder and a quad in recent years.

The basketcase Lions will present no entertainment value next season but fantasy wise they should present us with many a curiosity. You’ve got yourself Rocky, Zorko and Beams. All 3 have claims to be in your team. Assuming Zorko is still a DPP, I’m guessing a fair chunk of you will opt for him up forward, so that leaves us 2 midfield dynamos to choose from.

Tactically, we have no real idea what Fagen will do. But I’d put my house on a “best players in their best positions” policy. Which would see Beams and Rocky in the guts.

Statistically Beams is a beast at getting disposals and good ball usage. Contested and uncontested, inside 50’s and clearances. That’s his base economy, but he also chips in with goals and, a big tick for me, tackling (career high – 11 vs Freo in 2015) meaning he can get below 30 disposals and still notch up a 127 (Rd10 v GWS 2015 – also note and he even scored a 97 with just 17 touches vs Geelong in rd18 that year) This is significant because if Tom Rockliff notches up 40 odd posi’s, you can bet your bottom dollar that Beams will score well regardless. He just knows how to play the bloody game.

He gets injured. Fagen plays him out of position. Rocky and Zorko steal his thunder. Brisbane are rubbish and can’t score in a brothel. Rhys Mathieson eats him. So just a few then.

At around 430K this proven elite midfielder is unders by some distance. Saving you coin, and putting your Rockliff opponents to the sword with his consistency – you’ll be expecting him to play out the season at a minimum average of 110 and occasionally giving you 150’s.

My strategy in 2017 will rely on any sort of discounted elites. Nat Fyfe is one, Dayne Beams is another. At around 500k (now confirmed at a discounted $432K), if not under, to go into rd1 in 2017 without him means you have either chosen Tom Rockliff or neither, the latter of which means you don’t like SuperCoach, winning or good times. Maybe you’re Daniel Rich? Go away then.
But I digress – yes, I’m firmly in the Dayne Beams camp and you should be too.
LOCK

125+ in more than 1 in every 3 games in 2015. Fit. $500K. Lock the absolute crap out of him, set the key in a slab of concrete, take that slab of concrete, cover the bastard in chains, take it out in a boat 400km out off point nepean, weigh it down with more sandbags, cover it in tar and let it sink to the base. Love your stuff Gave!!

You really are an absolutely hilarious man! I love you Jock!

And with all that the only thing I will catch fishing is that bloody concrete slab covered in chains.

I think if you pick him you have to expect to trade him. Don't want to carry too many of those blokes in. Got burnt by going for value & injury prone players last season. And every season before that. I'm going to need to be convinced he's fit & firing. Certainly has left me scratching my head. You've made some great points. How will Fagan set up the team. Will he blood his rookies. Lots to ponder. Great job Gaveday

I can't help myself, I love a bargain. One year it will pay off!

We all love a bargain. But if he's 500 & goes down early in the season, the go to options could suck

Absolutely locked in for me too Gave, praying he stays fit but expecting to burn a trade on him at some stage .
Thinking Rocky will be most affected by beams's return, good job on the article .

gaveday
Guest
Reply to  The Bont

It will be interesting- part of me wanted to predict the lions will make the 8 based on a rocky/beams pairing tearing it up. But then I sobered up.

The Bont
Guest
Reply to  gaveday

Hahaha we've all been there

Harold holt territory with the lock there Jock. And I couldn't agree more. He's my pick 1 in 2017. I was gutted when he left the pies. So much talent. I've even gone the cheeky fiver on him for the Brownlow. 41-1…. As for SC – We'll just have to ride the potential roller coaster of injuries,but unless it's season ending – he's in till the end. And he will score big!

That is the perfect sentence to sum up those two.

If fit and playing I think you gotta lockety lock him esp if the folk in SC price land discount him and throw us a bone.

Will hopefully burst out of the blocks but gotta have a trade in the chamber ready to pull the trigger.

We all know Rocky and Beams are both guns, if one plays out the season while the other fails it will divide and conquer half of us. It's the biggest risk/reward of 2017. But I feel you must have one of them. It will be interesting to see the ownership %'s come round 1.

Good win this morn in the EFL for the scousers. If that's the logo – it's a bit hard to make out Bill!

Now if he comes in at that price Bill I'll have no hesitation. And nor will anyone for that matter! When he goes down we all go down together

so are you in the rocky camp then Pieman? One of them surely can play out the season…… Surely!

I don't like the way Rocky starts the season but he's one hell of a finisher. Hate to think how many trades I've used on him in the last 2 season. Beams if he's fit & good value

Absolutely no chance of this guy being value if priced over 300k. Over his 8-years career he's never managed to play a full season and he's only played more than 20 games twice.
He's only played 50% of possible games since 2013, sure he's managed to ave 100 in the time he's been at Brisbane BUT he's played less than 50% of available games since 2013.

They are true & damning statistics Wombat. Hence why I have some hesitancy. Not that many injury prone players just start playing 22 games. You absolutely have to set a trade aside for him if you pick him

This is a very good point about him not playing full seasons – and one I omitted – I felt last year told the tale – the first 2-3 years he was still a rookie really, I wouldn't think many first/2nd/3rd years get full seasons in a top 4 side. The injuries I mention – and stress. But hey the healthy drought has got to break sometime. Having said that – I'll be happy if he plays 20 odd games. That being said – if he only plays 7-8 games he's still likely to rise in value. So it's a safe risk IMO.

Just comes down to if your happy to trade mids. If he's at 367 as Moustachio suggests then that's too good to pass up. At 500 I'd be a lot more reluctant to pick him. I could spend a bit more & grab someone durable. But he's a 600k player when he's he on the park every day of the week. So plenty to consider

That's the name of the game!

367k is a very tempting price for a bloke with his SC history but I can't have him Gaz and Fyffe. If Beams is walking upright without a limp on the Monday after round 2 and has knocked out two SC tons I'll buy him then. Gaz will probably retire about then so I'll be able to downgrade.

Even if Beamsy can only dish out say 15-16 games averaging 108+ he's done his job. Should be the most selected player along with Gawn and Fyfe in 2017 starting squads meaning next to 0 risk even if he does shit the bed early on, Lock Him In

My prediction for Beams price is much lower… at only 2 games, they usually give 40% off the previous year's price.

At that price he would be a massive lock.

I do agree that there are a few injury-riddled elite players that are very likely to demand trades… Fyfe, Beams, GAJ and Rocky. I will be starting with the first 2, and looking to get the last 2 in after their byes if their bodies look right.

Hi moustachio, I calculated $367K as well. Even at the 20% discount I believe he is a massive lock. Thanks for making me feel less crazy for my price prediction!

i thinking the 490k is most likely but I was unsure if the 2 games might result in an 18% discount (based nothing more than a hunch) and a price closer to 500k. But honestly anything under 500k is an absolute bargain. Should average 110.

Or a stick of dynamite- ready to explode.

Or a moist… sorry I won't follow through with this.

Agree with the Pieman. Below $500K he's a lock. Above will take more consideration. All in all, love the Beamer and he's one of the elite players that if he doesn't appeared hampered during preseason is worth a spot. Just has that level of game that makes wearing baggy pants a necessity. Solid review, Gaveday!

Feels like Dayne Beams circa 2014 when he came back from a serious injury and was priced at 500k and went on to avg 115 for the season.

I note in an article of the AFL website just 2 days ago (14 Dec 2016) that Beams is yet to return to full training. He will be on my watch list but really needs to be fully training and playing in the 2017 pre-season to be selected, for mine…

Awesome and cool one.