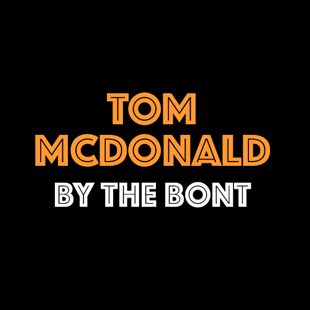 After 10 rounds in 2015 the name on everyone’s defensive radar was Tom Mcdonald, he had 78 intercept possessions 25 of these coming from marks; Along with a very healthy average of 105.0.

Then as many KPP (Key Position Players) have done before him the rest of T-Macs season was a rollercoaster of highs and lows including four sub 65 scores. All said and done Tom still finished the season playing every game at a healthy average of 95.9.

After this display and only missing one game since 2014 a mere 4 percent of supercoachers jumped on the Mcdonald bandwagon… and they were disappointed. After a promising first round 110 the demon went on an underwhelming run of 67 55 76 83 58 and 43. The key position curse had appeared to hit young Tom, and hard. Looking at mid-season stats it was hard to see what had gone wrong with all significant stats seeming quite similar. All hope seemed lost before T Mac turned a corner in round 8, registering a 25 disposal ten mark effort (99 sc) against the Bulldogs. From this moment on Mcdonald averaged 98.8, even more significant is the fact he stormed home averaging 108 in the last 8 rounds of 2016.

He became the intercepting beast that we had seen in 2015 punctuated by a 31 disposal, 10 mark, 144 point effort against Fremantle in round 16.

With the likes of Lynden Dunn , Colin Garland and Jack Grimes being on the outer in 2016 ( Dunn not playing after round 6) McDonald flourished, relishing the extra responsibility; intercepting/rebounding at will going at an impressive 84.02% Disposal Efficiency.

Inconsistency, it’s as simple as that. In Supercoach consistent scoring is paramount, we have all had a round ruined by one measly sub 50 score; and no matter how good your final round score is, that score will be the one you can’t take your eyes off.

Young Tom’s mighty durable and still young so injuries are not an issue, suspension is also no worries.

At the start of 2015 and the end of 2016 T Mac showed that once he starts scoring well he keeps it up for a couple of months, it’s all about jumping on (or off) at the right time.

I just can’t ride the rollercoaster this year, consistency is key. And with the likes of JJ, Docherty and Shaw firing off half back along with the emergence of players like Callum Mils (really like this kid) T Mac won’t get a Guernsey this year.

Some know his as Bontemwaldo, but he’s The Bont to his mates here in the community.

Haha I've don't my job then .
Could be an alex rance type , lots of 1%ers, intercepts , marks , and kicks well .. Still so bloody awkward though

Gaveday
Guest
Reply to  The Bont

Oh and not to be "that guy" but you mention the return of lumumba. Who'll always be Harry O to me, he's retired because he's a peanut.

The Bont
Guest
Reply to  Gaveday

There is just too many defensive options that would be more consistent than TMac. I agree with your verdict & the exact reasoning Bont. For every glorious score expect a turd to follow suit. Great job on this dissection Bont. Keep them coming

Cheers pieman , defence is a tricky one this year .. A lot o interesting options

There is indeed. Doch, Simmo, JJ, Laird, Pittard, Shaw, Zac Williams just to name a few. The only Key position player that is reasonably consistent is Buddy. The rest are up & down week to week

Agree will be more consistent options available. Whilst most coaches need Docherty, Simpson, Shaw by End of Season, I will only start one of them. Time will come during the season when their price will be below or around 500k. This means finding guys in the 450-500k range who will average 95+ for the season.

Keen to see his preseason leading in to 2017, I will definitely consider him at that price but be tough to get the nod over say a Laird who will be around 30-50k more but with the guarantee of consistency

Best article so far (along with the Titchell article). The indepth analysis that we need for these players that we either havent put too much thought into, or we are 50/50 on. Great write up Bont. Def is 1 to consider, with the Demons on the up, he could very well find himself Top 8 defender by seasons end. Look forward to ur next article. Def on the radar now. Likelyhood of me starting with him is minimal, but he will be on the radar for an upgrade.

Cheers hot shame live my stats , def one to keep an eye on for when he gets on a run

the Bont
Guest
Reply to  Steeeve

89 from memory , that's what i had in my article anyway.. have noticed lahcie neales and treloars have both been wrong lately too

I'm with the majority here bont same as u.
too many other options who r more consistent scorers.

Though I would take him at that price if he avg 112 but think that may have been a typo. 🙂

Awkward awkward awkward. We've actually got some bloody options down back for once. No need to get involved with these rollercoaster KPP's

Two interesting facts omitted in the write up – a) he's had early shoulder surgery to fix a year long problem and be right to go for pre-season '17; and b) the dees defence and his role only clicked towards the end of 16, right about when he hit his 100 Ave run at the end of the season. I for one will be locking him in as a Top 6 scorer for 2017.

The Bont
Guest
Reply to  MJS

Oh I didn't see the surgery MJS , good pick up . You're definitely right about the def clicking as well as the rest of the team late in the year. Will be interesting to see if the team ( and T Mac) can step it up again next year. Cheers for the comments

His last 8 games he averaged 108. If he could bring that AV for the entire 2017 he's 100k underpriced. But it's a big ask. Big call for top 6 MJS but there is some evidence it could happen. Risk reward pick

Good right up, worth considering.