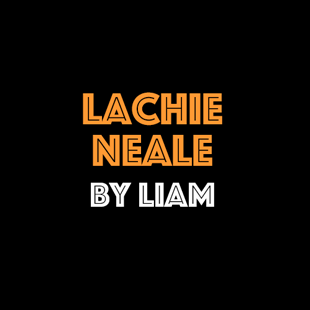 If there was any form of a shining light to emerge from Fremantle’s shock fall from grace, it was Lachie Neale. The 23-year-old led the midfield of the Dockers, having a stellar season to become their most prolific player.

With Nat Fyfe injured early, David Mundy battling some injuries and form compared to an impressive 2015 and Michael Barlow simply out of favour Neale took this as an opportunity which he didn’t waste, to elevate his game to new heights.

Despite the difficult circumstances playing for a bottom four side, Neale was still the leading disposal getter of the 2016 home and away season, a more than impressive feat. He can also consider himself very unlucky to miss out on All-Australian selection in the final 22.

Fremantle are expected to make amends in 2017 and can’t possibly do worse next season, with some handy recruiting addressing their need for key position players as well as the return of big names who were all sorely missed through injury.

Neale himself is set to become a pivotal part in his team’s rebuild to rise up the ladder, having signed a contract extension amid strong speculation he could leave.

Amazingly, he did have just the two sub 80 games last season. When taking into consideration that one of those scores is 76, it just shows the incredibly consistent season that Neale managed to produce and more importantly, what we may see more of in the future.

His scores were Dependlebury like numbers, and became a handy captain choice for those that did have Neale in their sides.

Will he continue to rack up possessions and points at ease with the return of Fyfe? Neale took up a huge amount of responsibility and perhaps with Fyfe’s presence back in the middle it could limit Neale’s pill collecting capacity, or in other words reduce his workload.

We saw what Mitch Robinson did to Neale with a very hard tag, however that’s the only real poor score Neale had, lowering his colours to a tag. Therefore, it can be viewed as an outlier.

The minor procedure on his right knee will prevent him from taking part in full training until January.

He is expected to be available for selection for Round 1 next season.”

Neale is a set and forget selection based on his durability, so there should be no need to trade him out. An average of 110+ once more will lock him in as one of the top midfielders you can find in Supercoach.

Coaches might also think he can achieve yet another rise in his scoring average, hoping for something around 115+ to continue his upwards trend. However, if Neale can maintain that 110+ level of scoring it will be good enough to make him finish as one of the top ranked midfielders.

In the prime of his career and durable, the perfect combination.

Everything looks promising for Neale, with nothing really getting in his way for him to be able to remain as one of the AFL’s best midfielders, where at his age there is plenty more to come.

He has also established himself as a bona fide Supercoach ultra-premium with very consistent scores coaches love.

You will be paying a fair bit of money for Neale, but it would be no surprise to see him only getting better from here, or at least keep up his good form. He should remain amongst the best midfielders in fantasy, so it will be money well spent.

Another solid overview Liam! Have a chat with him below, or over on twitter: @LiamWatson77

Was going to be a starter as his numbers stack up with the best of them but thanks to the late breaking news from Jock he has gone down to maybe/probably not.

Will watch in the preseason games but the words knee surgery and wont return to training till Jan (meaning he misses a fair chunk) puts up some red flags. Same story with the extractor.

Super relevant. Nicely done Liam. Noticed some time back that he is very durable. Basically 3 seasons straight. Can't ignore that now. The knee injury needs to be monitored. Will go very close to making my side. Probably a bye structure call

With his influence on games now obvious and freo hoping to step back up to be competitive next year,you would think there would be plenty of coaches looking at how to blunt lachies influence.
Robbo tagging him to a 51 is a real worry because it shows all coaches he's taggable ..
All of the premos in the past (danger , pendles , GAJ etc.) have been too good on the inside to be stopped.
Only concern for me is he has a few more games like this in 2017 , this along with the influence of Fyfe returning are big
.. And with treloar , Fyfe , Bont all the same price or cheaper couldn't justify his price tag

Sandi hitting it down his gob will help his clearance game, just can't ignore how he goes with the return of Fyfe. His starting price and knee surgery make me a little bit wary. Reckon he'll drop to mid 500's once that hard tag comes. Unlikely to start

Not sure worrying about a possible 50k price drop is worth it in the end. Fyfes return, I believe will help him so will a healthy sandi. No substitute for consistency in sc and can improve. Lock for me.

Few question marks over Neale at this stage, Waz. You want zero doubts over a guy costing 610k

In 2015 he killed the bottom sides and struggled against the top ones. That was his last season with One Nathaniel Fyfe. He took a step up last year for sure, but I'm worried he might put in a couple of shockers early. Will try to grab him around the 520K mark.

I had this dude last year and he was gold! Never missed a game and super consistent. In my top 8 guns to pick from at this point.

My verdict has definitely changed after hearing about this knee surgery, will have to wait and see if he manages to play some pre season matches first before making a definite call. This article was written without me knowing anything about the knee issue.

You make a good point about not doubling down on too many Dockers. Fyfe, Sandi and Bennell all very tempting. Together with the late start to pre season, I think I will rule the red line through Neales name for the start squad. Can afford to be stingy, spoilt for choice in mids this year!

Any post season surgery must be a caution sign, but prior to that was almost at lock status for me. Agree with the YES verdict Liam, great write up, but need to monitor that damn knee.