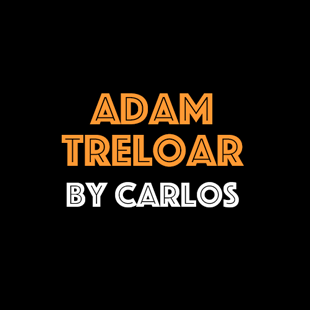 He had a stellar year last season, but can Adam Treloar elevate his game further in 2017?

We will be spoilt for choice when it comes to uber premium midfielders next year. There will be the tried and true Rolls Royces  – Danger, Pendles, Hanners and JPK. Then there are the injury-plagued yet ultra-talented mids which will present some value – think Gazza, Fyfe and Beams.

But the group I’m most interested in are the crop of young guns coming through who are threatening to explode into SuperCoach Lords. The top three in this category are without a doubt The Bont, Paddy Cripps and Adam Treloar.

Plenty will be jumping on The Bont and Cripps, but believe it or not, it is Treloar that interests me the most of this trio. The kid is a dead set gun.

The way Treloar finished last season will have many coaches licking their lips. His last three games were nothing short of tantalising, with scores of 148, 131 and 150 to end his 2016 campaign. Delicious stuff.

Consistency is one of the hallmarks of Treloar’s game. He has an excellent Standard Deviation and will rarely let you down. The gap between Adam’s best and worse is small, so he can be relied on for consistent scoring week in, week out. As you can see by his numbers last year, he only had one game below 80 and tonned up 16 times.

Not many risks with picking this outstanding young man. He’s extremely durable and very dependable.

Perhaps the only question mark is can he elevate his game further in 2017? If you start with Treloar you are expecting him to repeat his 2016 average at a minimum and possibly push the 115-120 mark.

If he does happen to pick up an injury and go backwards, there is not much value in his starting price of 600K.

There will be plenty to pick from when it comes to uber premos above 600K, so Treloar would be selected under the proviso that he will again increase his average next season. The way he finished off 2016, I believe he is a good chance to do this.

The young man was about the only player on Collingwood’s list to improve under Nathan Buckley and should be even better next season. He has the perfect combination of outside speed to run-and-carry and inside hardness, averaging 6.3 tackles a game last season.

Racks up touches consistently (averaged 30 touches a game last season) and has the ability to hurt the opposition with his possessions.

I’m huge on this kid and will be starting with him in 2017. I believe he has the potential to explode to reach a 120 average next season.  Even his 600K price tag will not be enough to deter me. Expecting big things from Treloar next year.

What are your thoughts on Adam Treloar?

Only 1 game below 80 is a huge thing for Supercoach, even if he sucks he ain't totally bombing out. That also means he likely won't have a huge price drop at some point in the year, so there probably won't be a chance to grab him cheap like we've seen from guys like Selwood in the past.

Locked him in since I heard Cripps is injured! Expect 115-120

To succeed under Buckley is a sign he's a champion of the highest order. Had him last year and was blown away by his consistency. Exactly the type of thing you want from your premiums. Average has been tracking up in recent years, can't see him stagnating as he hits his prime. A likely starter for me

Hmmm extremely thought provoking Carlos. I want 3 bona fide proven guns & 2 of the next gen. Bont, Cripps, Neale & Treloar. Cripps crippled rules him out as a starter. But does it. Treloar had no preseason & produced an incredible season. Heaps to ponder. Probably a bye structure call. Great job

Neale also had surgery on his knee I believe

A fine read, Carlos, yet I may not be as warm as others on this selection.

A definite upgrade target when/if he gets down to low $500s for mine. My major spend will most likely be directed towards the likes of Dangefield, Ablett & Rockliff.

Starting with Rocky? A penny for your thoughts…

Bloody oath Carlos, this bloke has taken Pendles spot in my starting team

2nd picked Mid behind Danger for me.

I have run all the numbers this year on all the mids around the $600k mark and Treloar is the man. one game under 80. great stuff.

Small SD another reason to pick him .
I'm with you carlos – Locked in.

On a side note. Surely the hawks were taking the p1ss in the draft on Friday night?
Mitchell Lewis who wears no 53! C'mon couldn't have scripted that any better and it was the last pick.

Pure gold.
GC replenished the stocks in a big way – JOM who?

Reckon Bowes wil find his way into my team. Won't be too pricy at pick 10

yep one of the b's

bowes or brodie both will probably start rd 1

Think there will be enough cheap options to cast those boys aside. Despite the fact they are quality players. Also the early bye makes GC rookies problematic

We differ on this one INP which is the point of a forum.

My take is they will play straight off some of the cheaper rooks may not start straight away. Over $200k may change my thought on this but.

And as they do have the bye early by that stage will be the fat rook ready to turn into a premo.

Brodie & Bowes will be just under 200k. 5 price rises will be the bulk of appreciation but probably not all of it. If I'm taking inflated price rookies its McGrath & luggage. Likely DPP & both damaging players

Fair enough one of them will probably find their way into my fwd line probably mccluggage if dpp.

McGrath is another JJ. But a better disposal. Mouthwatering SC prospect!

Any names you want to throw out there, Pie? I'm a draft dud. Draft up a draft cheat sheet Jock!

He was 180 Kev but didn't play. Will be 120 now if he gets a run. I know plenty about the draft mate. I'll pop some articles up in due course

will give you one.

keep an eye on brad scheer.
plays like hannas and been compared to Michael voss at the same age.

Agree Trigger. Went later than anticipated. Only question is does he get a gig before the other 4 top 10 lads. We will like his price & potential

Then consider Jaeger for bugger all, Libba for about the same price he started last year, David Swallow on the cheap plus others.

Some massive decisions to be made ladies and gents!

Oh okay.. was some talk of him being much cheaper. After the way he ended last season that's still a bargain.
But with so many other options I can't see myself taking risks on 'next big things'

Treloar was one of the first choices for my team and is very unlikely to be going anywhere.
That is the first reveal of my team for this year.
This lad is a LOCK for me at this early stage of the season.