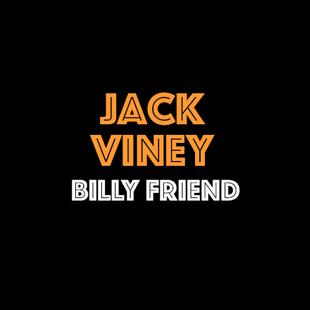 “He who believes in the Son (Jack, son of Todd) has eternal life; but he who does not obey the Son will not see life, but the wrath of the SuperCoach Gods abides on him.” – John 3:36

As soon as he came out of the womb, Jack Viney was destined to play AFL. The lad is a bull. A contested ball winning machine that will soon begin to dominate more and more games.

I’m going to try and put on my Higgo cape here, because I can see two statistical areas that point to significant room for improvement for this stallion.

The big jawed bulldog averaged 12.8 contested possessions, 5.9 clearances and 7 tackles last year. Impressive, but not quite elite. Believe me when I say that Jack Viney is the future of the Melbourne Football Club midfield, and he’s already the bloody leader of that midfield group.

Forget the bald nut Jones who was only noticeable when the Dees lost by 100 points every week, forget Tyson, the ageing Vince will probably spend a lot of time on the back flank, forget Lewis who’ll add that extra experience, forget the young brigade of Oliver and Petracca. Viney is Melbourne’s man.

He has spent his whole career developing his craft as a tough inside midfielder and has been forced into tagging roles on and off for the last two seasons. This has hampered his scoring significantly, but is no longer a concern as he’s spent the last 17 games playing 1 on 1 with an opponent, going crazy for the football. Coming into his fifth season, all my noggin is yelling out to me is breakout. He will be 23 and I can truly see him having a Cotchin like (Lego hair won the brownlow!) impact in a breakout season in an exciting Melbourne side. All of the above statistics will undoubtedly improve, but with another preseason through his legs, Viney could become an elite contested ball winning machine

His game was let down by a disposal efficiency of 66.7%, and average of 3.9 clangers and 1.3 frees against per game. Now, he’s no Pendlebury and I don’t see his DE pushing above 70% but it doesn’t need to. JPK, Parker, Dusty, Danger, they’re all below 70% so this sin’t what is letting Viney down. If young Jack can improve his kicking efficiency ever so slightly and reduce his clangers (3.9 is significant), which I actually see happening in a Melbourne team that has big room for improvement, there will be less -4s, and more points for his owners. Even if he isn’t able to rid himself of the clanger life, I reckon he’s got the goods to cover it. Using JPK as an example once again, he’s not an efficient kick and is prone to turnovers, but he’s averaged over 110 since 1935. This is what I believe Viney will become, and next year could be the year.

Selecting someone like Viney in our 8 man midfields is a make or break move. If young Jack doesn’t explode into ultra premium status next year then he will be an awkward selection lingering around throughout the year. A bloke that is neither here nor there can be a SuperCoach drainer, just ask me about Dylan Shiel last year. Melbourne, funnily enough, now have a plethora of quality midfielders. The addition of Jordan Lewis could see a reduction of focus on Viney, and the emergence of Petracca and Oliver could also stop Jack from reaching the next step. A new coach in 2016 casts the slightest bit of doubt over his role as an inside midfielder, but after the nab we should have enough of idea.

Viney is the classic breakout pick, so selecting him means you’re wanting to hold on to him for the whole season, or at least until the final few rounds.

I really can see Viney becoming that bloke that makes us say “imagine if we picked Jacky boy from the start.” There’s always blokes that put their hands up to enter the SuperCoach elite each season and Jack has all the credentials to knock the door down. At this stage, it’s a no purely because I would be turning down blokes that have done it before, but I wish I had the testicular fortitude to pick him.

Anyone keen on starting young Jack in 2017?

Welcome Billy to The Community Series below folks! Or on the twitter: @billyfriend25

Love the way he plays, but I cannot see him attaining 110+ averages even at the feet of the Beard. Agree with the No verdict.

Agree with the verdict but will watch him with an eye to the future. Finished the year well with 5 100's in his last 8. Bit too prone to throw in a 60-odd so this year I'd like to see him close the gap between his best and worst.

Good to have you on board, BillyF

Cheers Kev!
Agreed he may be too risky to bank week in week out 100s but I'll be keeping an eye on him.

Think your right on the money Billy. He is a bull. And as a result of that can get rubbed out. His standard deviation is too great for mine as well. Very unlikely to make my 2017 side. Got way too many ahead of him. Great job Billy

Agree Pieman I think he's in for a great year but can't pick him ahead of the SuperCoach uber premium midfielders.

Superb article Billy, as long as he doesn't get a kick in round 1! Will definitely consider though.

6 sub 80 scores a big negative , Agree with the no , plenty of talent and love watching his attack on the ball but inconsistent as all they come

Great job Billy! I have had a look at him, and is on my watchlist. It helps when he has big Maxy hitting them down his throat as well

Cheers Danners! Gawn doesn't hurt his cause does he

Great choice for an article. Love the stats! He's a likely starter for me. I love a POD and he's in an improving outfit. Kick it long to hogan and rack SA's.

With St.K ,Car ,Gee ,Fre ,Rich ,Ess ,Haw to start the year he could go big early Worth a look at ,very tempting.

Reminds me of Ollie Wines. Keep thinking he is on the verge of SC elite but is just at that level below. The A- type rather than the A+. Like Ollie, permanently stuck on my watch list

Am pretty confident that out of the current crop of young guns like Viney, Wines, Cripps, Bont, Zerrett we will see 1-2 take the train to uber premo ville… But damn it's a tough job to pick who. And with likely mad value locks in Fyfe, Beams, JOM, Swallow, Heppell, maybe Jobe… Just don't think we have the room to experiment in the mids this year.

Will be a bloke I take more notice of with Cripps being pretty much stuffed. Will be interesting to see how the Viney/Lewis tandem connect, could do great things

Love the idea but there's just too much midfield depth with Bont, Cripps and others all looking close to locks (if not round one then certainly by full premo time).

Good stuff Bill. I agree with all you've said about his ability but the best thing about Todd is that he'll cause every Melbourne supporting supercoach to waste 520k on a bloke who will only ave 99.3 and will miss 2-3 games through suspension. Gun footballer but SC kryptonite

Good article Billy! Keep up the good work!
Would've love to see an article written on Steve Morris though…… Haha. 😉

Melbourne have their first 7 games in a row in Melbourne. Good reasons to get around him early.

Go to http://www.supercoach.com.au & login or register for Racing & use to private league code: 117323

Free bet vouchers on offer for the winner & place getters.

Go to http://www.supercoach.com.au & login or register for Racing & use to private league code: 117323

Free bet vouchers on offer for the winner & place getters.

Bont gets #BrownlowMedal votes just like he gets #supercoach pts

Just a reminder I benched him in #supercoach 5 minutes before the game.

I'm barracking for Steele as he carried my #supercoach team.

And then there were 4!  What a weekend of football, especially the Dogs v Lions game. It had everything, especially that last qtr. No passengers with everyone giving their all. Injuries, Smitty putting on his Read more…