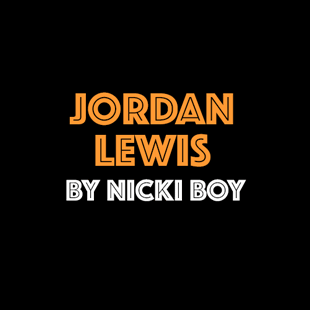 Even the most nostalgic of footy connoisseurs were blind-sided by this. However, there is always a silver lining to most sporting tragedies. I say ‘most’ because we all know that Richmond is an ongoing tragedy that’ll never really fix itself. Sorry Tiger fans.

But unlike the Tiges, Lewis may have a silver lining. Since 2014 he’s been in a rather a steep decline and this trade might just be the tipping point for Lewis to turn the whole bloody thing around.

Lewis isn’t the first star player to be shown the door despite the contribution they had to club successes. Dal Santo, Goddard and Chapman are all players who have been ushered out of their respective clubs like a few noisy kids at the movie theatre to create salary cap room. What they all have in common is that their performance did a big turnaround upon being traded and if history is anything to go by, the same will happen to Lewis.

The great thing about Lewis is that he loves to stick the ball on that big beautiful left boot. Last season he averaged 13.5 kicks a game as opposed to 12.9 handballs. This is great for fantasy scoring as kicks will generally reward my points than handballs. His role at Melbourne will support this as it’s safe to assume he’d be used as a primary ball user in a midfield with Viney, Vince, Jones and Petracca being contested pill magnets. They’ll be looking to Lewis to get that ball deep inside forward 50 on top of Hogan’s head, increasing his average of 3.6 inside 50’s in 2016 closer toward 5.

What will also contribute is the spite and animosity he has reserved for his former team and the will to prove them wrong. Players who get traded generally play well at their new teams and flourish in their new role. Lewis is a professional and will no doubt continue that trend.

There is one fatal flaw in Lewis’s ability to go out and score big. It’s contested possessions.

He only averaged 9.2 in 2016 and that number will most likely drop even further with his role predominantly being primary ball user. This will affect Lewis’s ability to go big and is partly why in all of his decadent 11 years as a Hawk his highest score was only 156.

The other issue is Lewis’ price. $535k is very pricey considering for an extra $35k you’ll be able to go and buy yourself a Bontempelli, is he really worth it? What is worth giving up to run the risk on a guy who’s going to be 31 years of age and didn’t manage an average of 100 points per game last season?

There’s only one strategic and legitimate reason for selecting Lewis in 2017. You select him in the hope he’ll start the year with his legs on the ground and running.

You select Lewis and pray to the Fantasy Gods above that he’ll average something like 110+ in the first 10 rounds and you straight swap him for another talented and proven mid. Why? If Lewis truly does start the 2017 season like a man possessed, coaches all over the league will panic and look to trade him in come the bye rounds. This is a no no.

Lewis has never averaged over 110 points in a season and don’t expect him to this year. If he starts strong his backend will be shit house and a terrible mid-year trade option. The only option with Lewis in 2017 is to start with him and appreciate the big scores he ‘should’ turn out as a POD before eventually pissing him off.

If he’s a stud at the start he’ll be worth the trade to get rid of him. You’ll be up the top of the Supercoach rankings whilst the rest of the competition has their hand down their pants wondering what happened. With 30 trades a ‘shark’ move like this is very manageable. However, this is a best-case scenario. For me the risk far outweighs the reward and I will consider but most likely not select Jordan Lewis in 2017.

Will Jordan Lewis be considered for your squad?

Have a chat with Nicki Boy on Twitter: @Nick_Wealands

It's as much a financial game Supercoach as it is football knowledge, but low and sell high
Lewis is an interest raiser that's for sure

Got my mind ticking over mate! I think I'll go with Jack Viney and could not possibly entertain doubling up on melbourne mids.
Maybe a touch too old to for mine too.

I actually had a dream about Lewis last night. It was like in the wrestling when wrestlers would join the nWo. Lewis had announced at a press conference that he joined Melbourne and everyone celebrated. Then he said "Oh wait, I changed my mind!" and pulled off his Melbourne guernsey to reveal a GWS guernsey. Then Brett Deledio came out and they started kicking footballs at everyone while I yelled this was all a bunch of horseshit that they could get Lewis too.

I digress though, I'm not sure if he'll get back up to his 2015 high scores. It'll be interesting to see if they do use him as the main man, or another senior support man with Nathan Jones to lend a big support to the Dees future midfielders in Petracca, Viney and Brayshaw.

Seems like a bloody nightmare if you ask me Barron, I think Lewis will have a bit of blood to the head and be a man possessed in the first say 10 rounds and then i think he'll cool right off like most of these oldies do when they get traded to a new club.
He's not a set and forget thats for sure and a lot of variables would have to be executed for him to make a bit of money and be a real POD but none the less a consideration

Bloody hell, BvC! That's a hell of a dream. You been drinking the water in Adelaide again?

I never stopped drinking it, Kev!

you even dream about afl and [email protected]

A touch too pricey for me Nicki Boy . Loved the write up though , definitely got me thinking .
Will get bucket loads of it on the outside , but as you mentioned won't see much of it in and under with all the young bulls in melbournes midfield you wouldn't think.
Although could be dumped straight in it and get the ball tapped down his throat by big maxy…. So many variables , good Ol SuperCoach .

Yeah i'm with you Bont!! Especially when the mid line this year is scattered with ripe priced talent all over. Be interesting to see how he starts the year though, could be a flyer

what if Maxy struggles this yr?? or just set a forget?? what do u guys think? I think we need an article on gawny personally. need some conviction…. #Help

I have an article up on Gawny hot shame, go check him out

Agree with your assessment of the No Nicki Boy. Whilst I love a punt I won't be doing that on the Mid line. Wonder what the odds would have been for SMitch & Lewis to be traded prior to the trade period. Still seems unbelievable. Too the beneficiary's go the spoils. He's a great get for Melbourne for no cost. Great work Nick

Cheers Pieman, to many things have to go right for this kind of move to pay off, and when do they ever. Probably up there with a Trump, Leicester, Chicago and Bulldogs win would would be the odds for SMitch and Lewis to be traded i reckon

I can't see any value in his price. Hoping he goes up 100k & Danger goes down 100k for a side swap is too greater risk. The odds of it happening are minimal. If the Fwd line is bare that's the line I'm likely to take a punt on. And I have a defender that's value I'm eyeing off

With you on this one, INP. A 535k outlay on a mid who you will be trading down the track is hard to justify. High risk/low reward.

I'd be far more likely to give Beams a run Kev. Will be unders

Nice write up Nick, 100% agree on the No verdict. Lewis is a 95-100 average player, expecting greater than that is fanciful imho. Even if there is a "Shark Move" it is locking in a trade and I am not sure the financial reward would warrant the trade.

Yeah minimal financial reward here, this is a more kind of take the points and run move. Considering you want players in your team when they are scoring above what their end of year output will be Lewis is viable for up to 10 rounds. However, I'm with you in the fact that passing on this bloke is the logical option but i could see a move like this produced by many coaches in 2017

The move is definitely one to consider, Lewis will be the vehicle for some, I see more value in some others and on different lines other than the mids for me.

Nice one nikki boy but forgot one "big" factor.
He will have big gawny tapping it down his throat instead of a pedestrian mcenvoy.
Surely that has gotta help.

Lewis like some others is a better scorer at dreamteam than SC so will probably go with him in that format.

Yeah over $500k want some serious good scoring which he is capable of but age and the fact he could dob someone at any time is a no for me in SC.

The Gawn and Lewis tandem will not be as exciting as everyone predicts. Gawn and Viney work best and I see Petracca also moving under the behemoths wing to be a tap target
They'll be more keen on Lewis using the footy than him actually getting it

Awesome article…. Def has inspired me…

not to pick him..

hahahah too funny Hot Shame.. We should def catch up some time for a few bevvys an some supercoach banter… Don't bring that bontemwaldo guy though..

hahaha oh u guys… Hey Hot Shame, did I leave the lube at ur place?? cant find it anywhere..

seriously guys, grow up hey.. this is a supercoach chat site. how about some maturity???

Rollercoasting burn man.Spits out those 50 scores to kill you.BUYER BEWARE