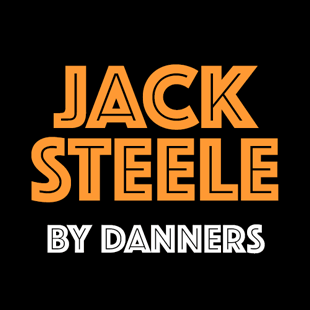 The Steele of the trade period

That’s right. The Saints only parted with a second round pick for this beast! Incredible.

Former Giant Jack Steele has now moved on down to Seaford to get more opportunities at AFL level after terrorising the opposition at the NEAFL level.

Turning just 21 in December, Steele is still very young and a breakout season could be just around the corner.

Drafted in 2014 as a second round pick from the GWS Academy, Steele was often compared to Robbie Gray in his draft year. This was due to his ability to be a damaging midfielder able to make an impact on the scoreboard as well.

He may have only averaged 63.8 in Supercoach last year, but there is no doubt that he was starved for opportunity swimming in the vast GWS talent pool.

The stats don’t show it yet, but Jack Steele is bound to be an AFL Beast. Its just a matter of when. He averaged 36 disposals and 8 tackles at NEAFL level. To go along with it, he also kicked 15 goals in 10 games played for some big Supercoach numbers. Remember he was only 20 last season. Still, Steele couldn’t crack a regular spot at a powerful GWS.

Steele has played less than a full season in both of his two years at AFL level. In most cases he simply missed because he was pushed out of the 22 by players deemed to be more valuable to the team on matchday. Only his foot surgery around the Giants finals campaign has been his major injury so far.

As mentioned, Steele is still relatively young. There is an article called “Identifying the Next Supercoach Beast” from Jock’s Supercoach magazine from the 2015 pre season.

It shows that most of the premium Supercoach players broke out either in their 3rd or 4th season. It maybe Steele’s 3rd season but that doesn’t mean he will have a breakout year.

Also, foot surgery or any kind of surgery is not a good thing for a young player like Steele to go through. This could affect him for the rest of his career and the amount of games he plays.

Jack Steele still a fortnight away from starting to run again after foot surgery. https://t.co/SALpVoHUoP

Well you wouldn’t be picking a Steele as MID (if he gets DPP), only as a forward. If he averages about 80, there wouldn’t be too much cash to be made if he starts at $345k – probably $100k at the most which is not enough. To be a reasonable selection by the end of the season he would probably need to average over 85.

Look, Steele is definitely a talented player as he has shown at NEAFL level the past two seasons. Can that translate into AFL level? I reckon it will sometime but not sure when. Even if we didn’t pick him and he breaks out, we can still trade him in a relatively good price.

With the nightmares of some of last season’s midpriced fails still on our minds, Steele would have to a strong pre season to earn a spot in my team.

Jack Steele was an absolute steal at the draft. Foot issue is a concern but if he gets DPP may just warrant a larger consideration given likely dearth of Fwd options. As a mid or fwd only I agree wholeheartedly with the NO!

He's a great addition to the Saints. They smashed trade period out of the park & Steele was a blue chip addition. Only in consideration if he's DPP. That price is sooooo awkward. You'd really have to hope he turns into a keeper. I'd say he's very unlikely to make my side. But he's a star of the future. Reminds me of Ward. Love ya work Danners

Thanks, for someone that averages 36 touches a game in the NEAFL for a second round pick is a still. Similar numbers to Brad Crouch when he played in the SANFL

Doesn't make my squad regardless of DPP – but my goodness me. To say I'm rapt with how the Saints have gone about their recruiting these past 4 or 5 years is a big arse understatement. Enjoyed this one Danners another cracker mate. Hope the kid can come back after his serious hoof injury and make an impact early. One thing to be wary of for those having a good hard think about him – the Saints midfield is no slouch – he'll find it pretty bloody hard to establish himself in the main rotation even if he gets himself fit & firing, especially early.

Thanks Jock, that is kind of a worry with the talent in the Saints midfield

With the talent in the draft pool this year mid-price players are a big risk this year for mine.
The other question is what role will jack play ?
With Steven , Ross , armitage , dunstan, weller and Stevens where does he fit in the Richardson puzzle ?
Good mark over head but also a great ball winner, and knows where the goals are . Toby Greene like role perfect for him in my opinion.
Not relevant …. Yet

It's a ripping draft coming up Bont. 40-50 quality mids entering the system. Let's hope plenty of them have DPP. It's not a draft for key position players. Which is fine with me. We don't like them anyway

Absolutely. Dare I say I'll be guns & rookies circa 2017 if it can be helped lads

It is the tried & tested method old mate. 2017 will be a rookie haven for mine

True that. can't wait to see some of these kids at afl level

Knew it was a midfielder Draft this year. Already stated as much and that is what they will target.

Great pick to write about!
Disregarding NEAFL form – but like what I've seen in the afl, still a big question mark hanging over his head – couldn't possibly select him for rd1 – even if he years it up in the nab.
Watchlisted for me.

Skip for me, but the talent is definitely there with this kid. Always hard to read too much into NEAFL form, I reckon you could go down to the amateurs in SA/WA/VIC and find players who would probably stroll into sides in eastern leagues. Hell, the Mallee Park Woodpeckers would probably give a few of those NEAFL sides a run for their money.

At the very worse he's another player to add to the Saints Jack and Jade parade.

Great piece, Danners. Will skip on him too but will enjoy watching him on the telly. If you picked him and he has a breakout then well done, his stats over the past two seasons aren't an indicator that he will

Can steele do a titch and transfer his NEAFL form to forge out an AFL career?
If he does he will be a fantastic cow but if not puts him in that burn category.

Will go alright for the sainters but he is at that ugly price and for all the reasons u mentioned probably put him in the no pile.

will probably start a young gun in the fwd line if the cupboard is cleaned out but will be more like a heeney or bennell rather than steele.

Excellent pick up by the sainters second round pick nice work, nice write up too.

Well done, my fellow GWS barracker. Like the kid but even without the injury believe he falls into someone to watch this season for 2018. As you pointed out, a beast in the making but too many question marks to put him in this season. 4th year could be the one. Think he's with the right squad for his game…although not super pleased what GWS got in return. Sure a GWS trip to the GF will remedy that.